The Burghers of Calais by Auguste Rodin

One of the wealthiest of the town leaders volunteered, and five other burghers volunteered to join him. It is this moment when the volunteers leave the city gates that this sculpture depicts.

Calais overlooks the Strait of Dover, the narrowest point in the English Channel, and during this prolonged conflict, England laid siege to Calais.

The lives of the Burghers were spared by the intervention of England’s queen, who persuaded her husband King Edward III, the victor siege to Calais, to exercise mercy by claiming that their deaths would be a bad omen for her unborn child. Unfortunately, her son only lived for one year.

Calais commissioned Rodin to create the sculpture, and the work was completed in 1889. Unfortunately, Rodin’s design was not understood or appreciated and was controversial at the time.

The public expected grand heroic statues on massive pedestals with the traditional heroic glory motifs. Instead, Rodin portrayed the Burghers in pain, anguish, and noble self-sacrifice and intended to place the statue at the ground level.

Today Rodin’s vision has become famous for its poignancy. No more than twelve original casts of Rodin’s works may be made under French law.

The first cast of 1895 still stands in Calais; the other original casts stand in museums and educational institutions across the world.

The “Hirshhorn Museum and Sculpture Garden” version is one of the twelve original casts and was cast in 1943 and installed in 1966.

The Siege of Calais (1346 – 1347) was when the English army under the command of King Edward III of England successfully besieged the French garrison of Calais.

At the start of the siege, although the English had surrounded the port, their siege lines were not tight, and the French were still able to get supplies into Calais, usually by sea.

Once it became clear to Edward that an assault was unlikely to be successful, he tightened the siege of the city, including the sea approaches.

The reinforcement of the blockade increased significantly and ultimately proved successful, and the town surrendered, due to the lack of provisions, nearly one year after the siege started.

The capture of Calais provided the English with a strategic port for the rest of the Hundred Years’ War. The port was not recaptured by the French until 200 hundred years later, in the 1558 siege of Calais. 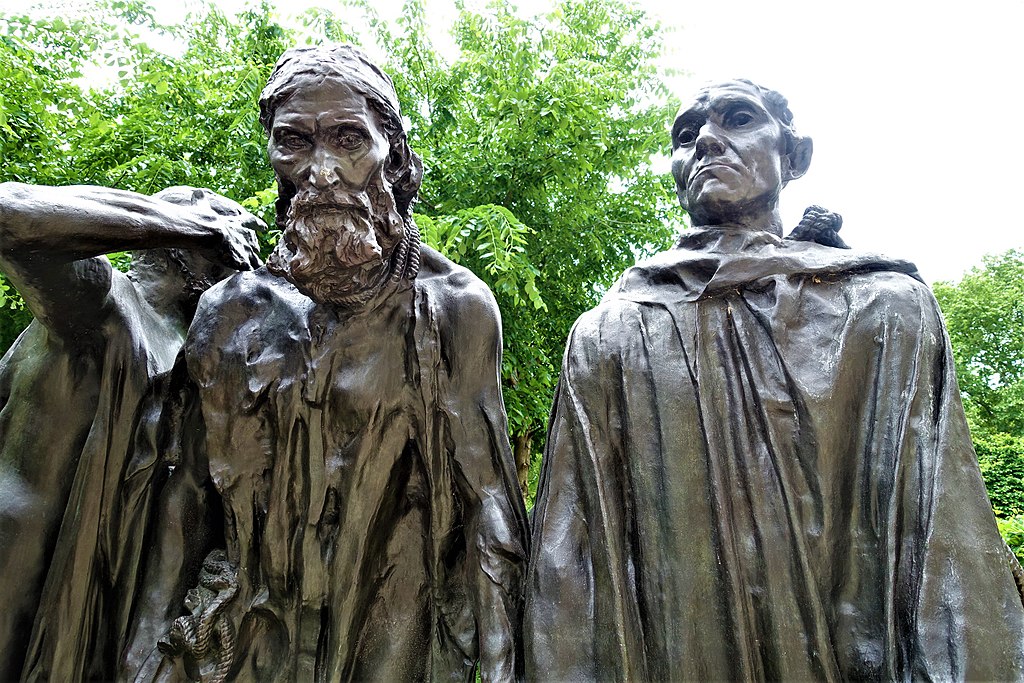 Calais in northern France overlooks the Strait of Dover, the narrowest point in the English Channel, which is only 34 km (21 mi) wide. It is the closest French town to England, and the White Cliffs of Dover can easily be seen on a clear day from Calais.

Due to its position, Calais since the Middle Ages has been a significant port and a vital center for transport and trading with England.

Calais came under English control after Edward III of England captured the city in 1347, followed by a treaty in 1360 that formally assigned Calais to English rule.

Though Edward III spared the lives of the Burghers, he drove out most of the French inhabitants and settled the town with English.

Calais then grew into a thriving center for wool production and came to be called the “brightest jewel in the English crown” owing to its great importance as the gateway for the tin, lead, lace, and wool trades.

Calais remained under English control until its capture by France in 1558. The town was virtually razed to the ground during World War II when in 1940, it was a bombing target of the invading German forces who took the city during the Siege of Calais.

During World War II, the Germans built massive bunkers along the coast in preparation for launching missiles on England.

Original casts of The Burghers of Calais

No more than twelve original casts of Rodin’s works may be made under French law. The first cast of 1895 still stands in Calais; the other original casts are exhibited in museums and educational institutions across the world.

The 1895 cast of the group of six figures still stands in Calais. Other original casts can be seen at:

Copies of individual statues can be seen at:

François Auguste René Rodin (1840 – 1917) was a French sculptor and one of the founders of modern sculpture.  Rodin was schooled traditionally and did not set out to rebel from the traditions of sculpture.

However, Rodin’s unique works departed from traditional themes of mythology and allegory.

Rodin’s passion was to model the human body with realism; however, some of his most notable sculptures were criticized during his lifetime. Fortunately, he refused to change his style.

With successive works, Rodin’s reputation grew slowly, and he became the preeminent French sculptor, and by 1900, when he was 60 years old, he was a world-renowned artist.

Rodin is one of the few sculptors widely known outside the specialist visual arts community. 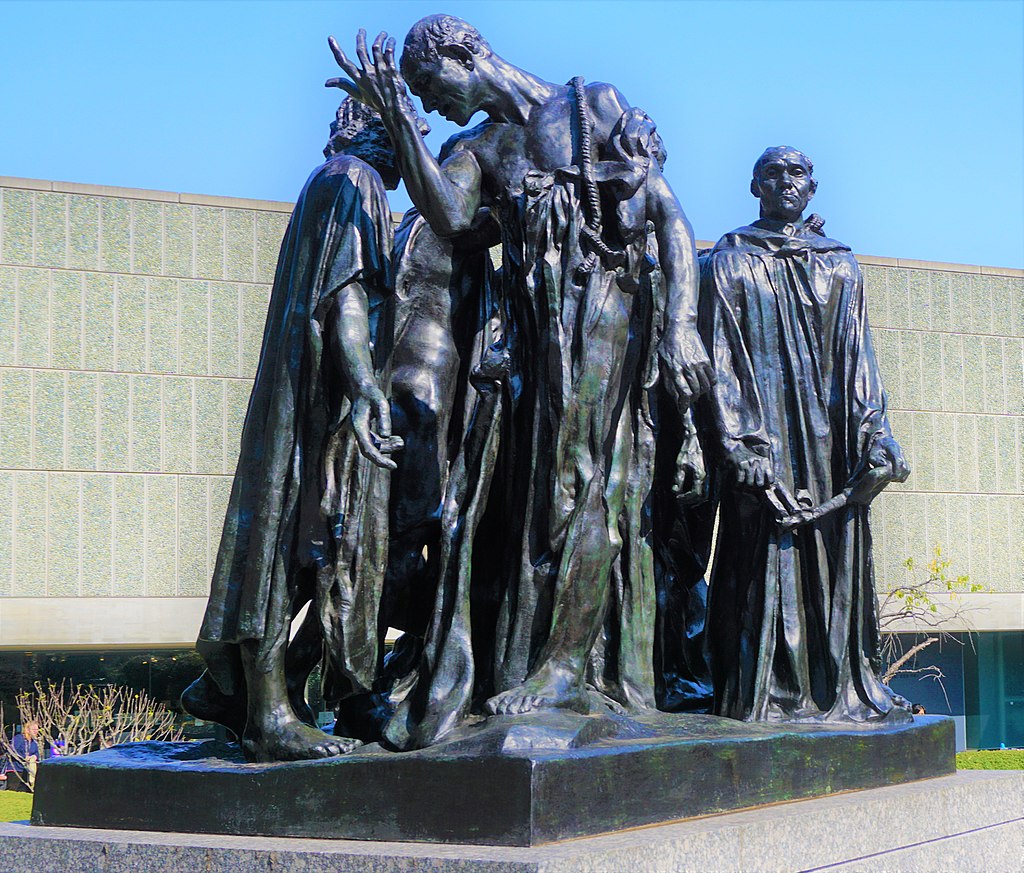