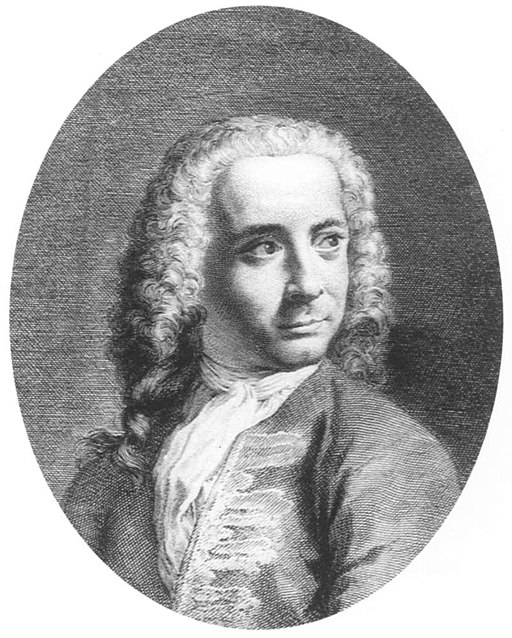 Giovanni Antonio Canal (1697 – 1768), better known as Canaletto, who was born in Venice, is famous for his paintings of the city views of Venice, Rome, and London. He was also a printmaker using the etching technique.

Canaletto worked in England From 1746 to 1756, where he painted many sights of London.

After his return to Venice, Canaletto continued to paint until his death in 1768. In his later years, he often worked from old sketches, but he sometimes produced surprising new compositions.

He was willing to make subtle alterations to topography for artistic effect.

A Virtual Tour of Canaletto

Bucentaur’s return to the pier by the Palazzo Ducale

“Bucentaur’s return to the pier by the Palazzo Ducale” by Canaletto depicts the Doge’s golden vessel, the Buccentoro returning to the pier during an important Venetian Festival.

The busy canal with gondolas crowding in on the festival is contrasted with the splendor of Venice.

In exquisite detail, we can see St Mark’s Cathedral, the arcades of St Mark’s library, the gothic lace of the Doge’s palace, the long granite columns and the palazzos. Museum:  Pushkin Museum

The Grand Canal in Venice

“The Grand Canal in Venice from Palazzo Flangini to Campo San Marcuola” by Canaletto was painted in 1738.

This composition is called a veduta (Italian for “view”), meaning a highly detailed, usually large-scale painting of a cityscape or some other vista.

This vendute painting depicts the upper reaches of the Grand Canal in Venice, Italy, near the entrance to the Cannaregio Canal. Venduta paintings were popular with the wealthy tourists to Venice in the mid-1700s. Museum: Getty Museum

The Entrance to the Grand Canal, Venice

This Canaletto is a typical example of the ‘vedute paintings’ popular with Grand Tour travelers of the 1700s as a visual record of their travels.

Canaletto was one of the more famous painters of city views or vedute, especially of Venice. Museum: Museum of Fine Arts, Houston

The bell tower dominates the scene and represents a timeless view of Venice while also capturing the details of eighteenth-century life.

Piazza San Marco, often known as St Mark’s Square, is the social, religious, and political center of Venice. The Square is dominated at its eastern end by the great church of St Mark and the Campanile of St Mark’s church.

The foreground portrays the decorative marble pattern of stone pavements that had recently been laid just before this painting was made.

The marble pattern forms a complex geometrical pavement design, of which little is known about the reasoning for the particulars of the design plan.

Some have speculated that the pattern was used to regulate market stalls. Others believe the model was drawn from oriental rugs, a favorite luxury item in this trading center. Museum: Fogg Art Museum, Harvard Art Museums

It stands on the slender finger between the Grand Canal and the Giudecca Canal, making the church visible when entering the Piazza San Marco from the water.

One hundred years before this painting was made in 1630, Venice experienced a devastating outbreak of the plague. As a votive offering for deliverance from the pestilence, the Republic of Venice vowed to build a church dedicated to Our Lady of Health.

The church was designed in the baroque style, and most of the objects of art housed in the church bear references to the Black Death.

The dome of the church became an essential addition to the Venice skyline and indicative of the city, which then inspiring artists like Canaletto and this painting. Museum: Gemäldegalerie, Berlin

A Regatta on the Grand Canal

“A Regatta on the Grand Canal” by Canaletto depicts the annual carnival event in Venice, which started in the 14th century and continues to this day.

The city of Venice hosted regattas in honor of distinguished visitors as well as the annual carnival Regatta event. Some of the figures in the foreground wear the ‘bauta.’

A costume consisting of a white mask and black cape. This costume was typically worn during the carnival.

This painting features the one-oared light gondola race and the temporary floating pavilion on the left, from which prizes in the form of colored flags were presented to the winners. Museum: The National Gallery, London

“Prà della Valle in Padua” by Canaletto depicts a public square in Padua, before an extensive makeover in 1775-1776 altered its appearance.

The painting represents a valuable record of the city’s history, and its grand piazza, with its large grassy surfaces, is bounded by the Basilica of Santa Giustina and by the University College.

The open square is shown with a multitude of people, plus several horsedrawn carriages and carts making the scene animated and alive.

The painting is an example of the style called the “Venetian veduta,” which is characterized by the integration of natural and architectural elements into a composition.

Canaletto was the master of the genre and one of its finest interpreters. Canaletto has created a vibrant painting with a brightness that permeates the scene while a multitude of shadows seems to dance with the figures and buildings. Museum: Museo Poldi Pezzoli

Many different versions of such compositions were produced by various artists, indicating that there was an eager market for works of this type.

They were inspired by the classical landscapes of the seventeenth century. Their appeal increased with the growing interest in antiquarianism, archaeology, and the history of things of the past. Museum: Museo Poldi Pezzoli

Eton College” by Canaletto depicts the famous school and its chapel as viewed from across the river Thames. The general position of the chapel, as shown, is correct, but many of the other buildings’ details are invented.

Canaletto did staying nearby at Windsor in 1747, but this painting seems to be a later work that was produced from sketches and his memory.

The composition is an imaginary view referred to as ‘capriccio,’ and the boundary in some of Canaletto’s works between the real and the imaginary is never quite clearcut. Museum: The National Gallery, London

Canaletto: A collection of 157 paintings

“Painting is just another way of keeping a diary.”
– Pablo Picasso