Maestà by Duccio is an altarpiece composed of many individual paintings commissioned by the city of Siena in 1308. The front panels depict a large enthroned Madonna and Child with saints and angels, and a predella of the Childhood of Christ with prophets. The reverse of the panels has the rest of a combined cycle of the Life of the Virgin and the Life of Christ. In a total of forty-three small scenes. Unfortunately, several panels are now lost or can be seen in some leading museums across the world.

The base of the panel has an inscription that reads: “Holy Mother of God, be thou the cause of peace for Siena and life to Duccio because he painted thee thus.”  Though it took a generation for its effect truly to be felt, Duccio’s Maestà set Italian painting on a course leading away from the Byzantine art styles of art adhering to early methods as laid down by religious tradition towards more direct presentations of reality.

Duccio’s style was similar to Byzantine art in many ways, with its gold backgrounds and familiar religious scenes. However, he shifted away from the sharp lines of Byzantine art and softened the figures. He used light and dark colors to reveal the figures underneath the heavy drapery. Hands, faces, and feet became more rounded and three-dimensional. 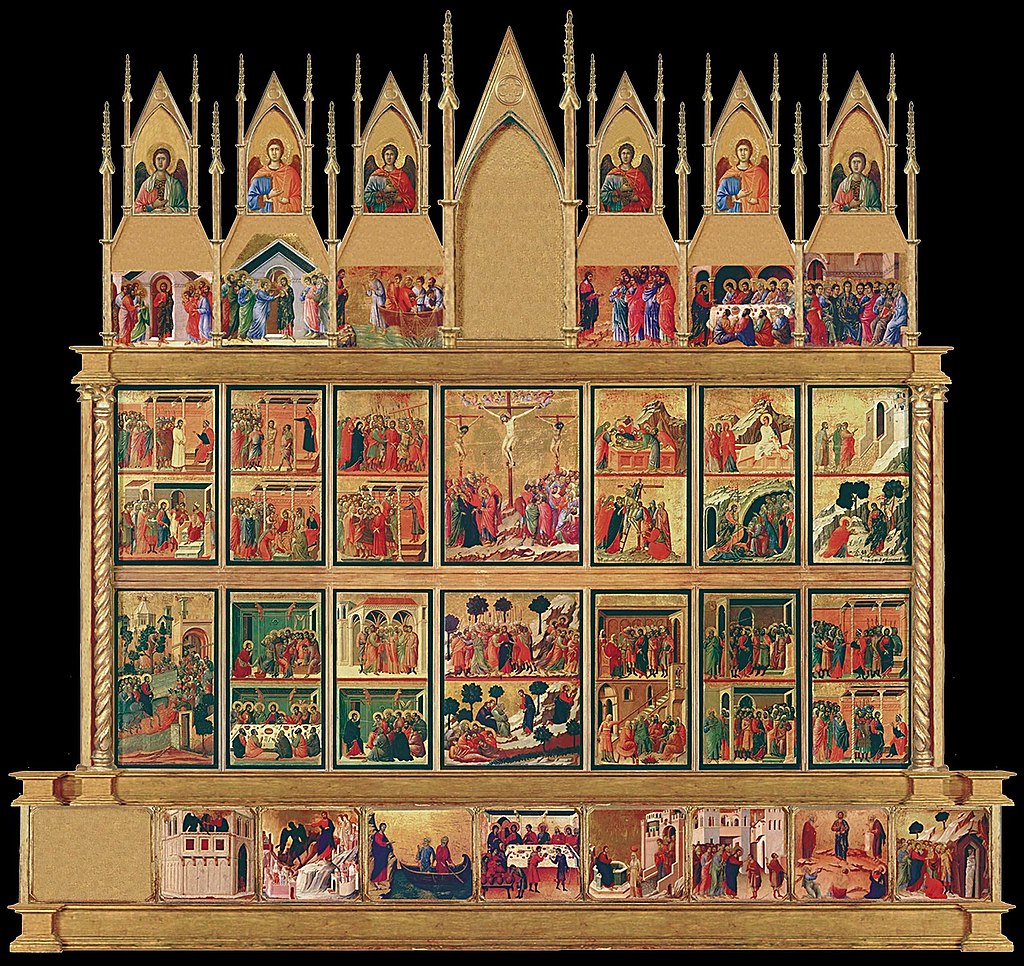 The reverse side of Maestà by Duccio

Duccio di Buoninsegna (c. 1255 – 1319) was an Italian painter active in Siena, Tuscany, who completed many essential art projects in government and religious buildings around Italy. Duccio was born and died in the city of Siena, and was active mostly in the surrounding region of Tuscany. Details of his life and family are uncertain. Duccio created the new painting styles of Trecento and the Sienese school and also influenced the Sienese Gothic style.

His artistic talents became famous in his lifetime. In the 14th century, Duccio became one of the most favored and influential painters in Siena. He influenced many other painters who followed him.

“You must change your life.”
– Rainer Maria Rilke