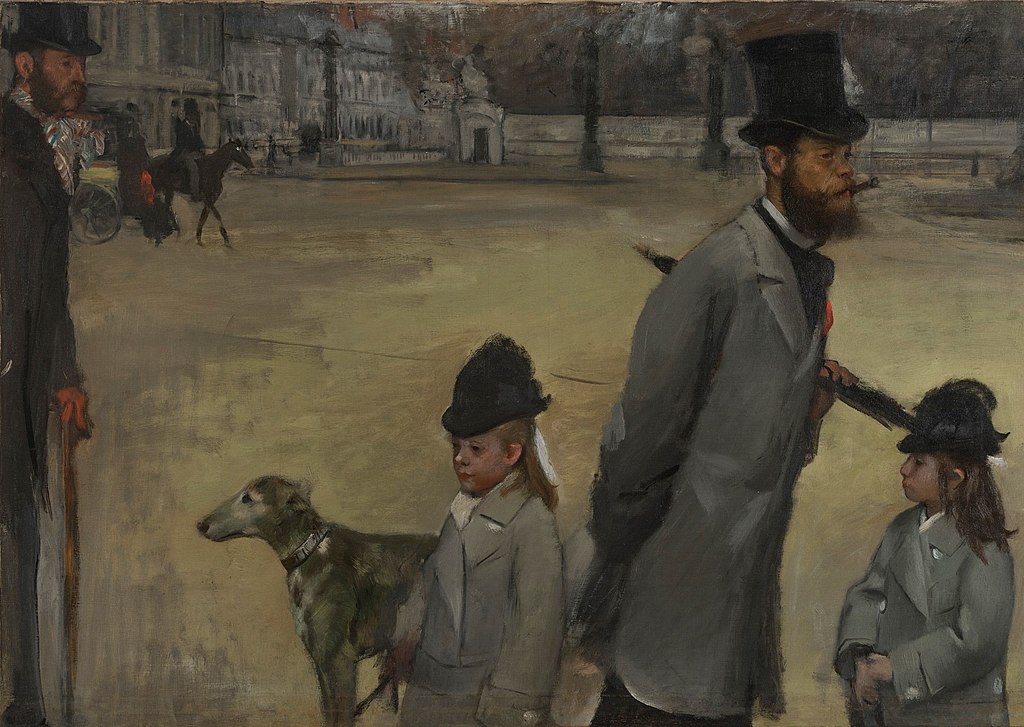 The Tuileries Gardens can be seen in the background, behind a stone wall. A large amount of negative space, the cropping, and how the figures are facing in random directions were influenced by photography.

Ludovic-Napoléon Lepic (1839 –  1889) was a French artist, archaeologist, and patron of the arts. He was Edgar Degas’s friend and was depicted in some eleven paintings and pastels.

Lepic experimented with etching and developed the technique of ‘variable etching’ (eau-forte mobile) were, by varying the ink on the plate, he was able to produce individual results at each printing.

He taught this technique to his friend Edgar Degas and the two co-operated on and signed, Degas’ large monotype “The Ballet Master” of 1874, now in the National Gallery of Art, Washington.

The appearance of Lepic in several works by Degas records some of the enthusiasm they had in common. These included horse racing and the ballet.

This painting was considered lost for four decades following World War II.  Until Russian authorities put it on exhibition at the Hermitage Museum in Russia, where it remains to this day.

During the Soviet occupation of Germany, the work was confiscated by the Soviets from the collection of Otto Gerstenberg and eventually moved to the Hermitage.

Gerstenberg owned one of the most prestigious private art collections at the beginning of the 20th century. Parts of this collection are now in Russian museums.

From 1945 to 1947, numerous paintings were confiscated by Soviet “trophy commissions” in the Soviet-occupied zone of Germany and brought to the Soviet Union. 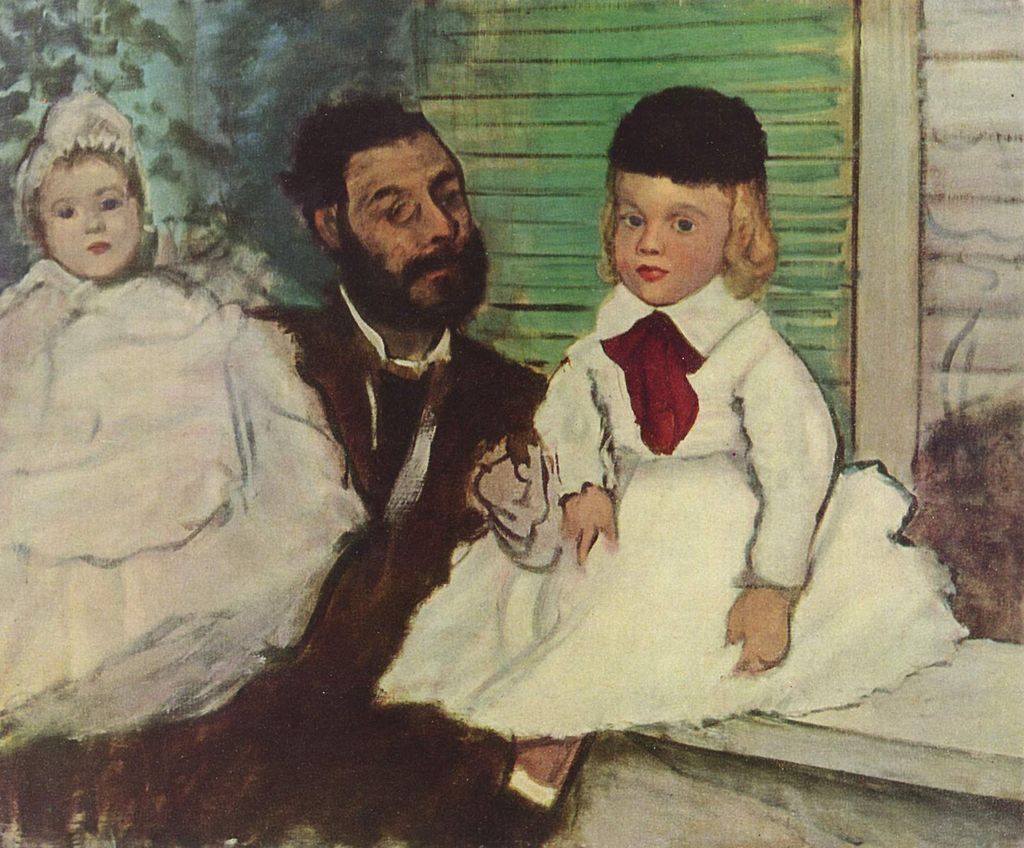 “Count Lepic and His Daughters” by Edgar Degas depicts Ludovic-Napoléon Lepic with his young daughters, Eylau and Jeanine Lepic.

Lepic was the grandson of the Napoleonic general Louis Lepic, from whom the title had descended. His father was Louis-Joseph-Napoléon Lepic (1810–1875) had a distinguished military career and was a close supporter of Napoléon III.

As a close friend of Edgar Degas, Lepic was depicted in several works by Degas  including:

In 2008, this painting was stolen from Foundation E.G. Bührle in Zürich, Switzerland, but was recovered in 2012 with slight damage.

Ludovic-Napoléon Lepic (1839 – 1889) was a French artist, archaeologist, and patron of the arts. He was among the original Impressionist group and later became a recognized marine painter.

In 1883, Lepic was appointed an official marine painter by the state, following his growing popularity. In 1879, he had a sizeable individual exhibition of some 100 pictures at the Gallery “La vie moderne,” and in 1883, he exhibited 150 at the Musée des Arts décoratifs.

He also published an illustrated account of an archaeological trip to Egypt, La dernière Egypte (1881).