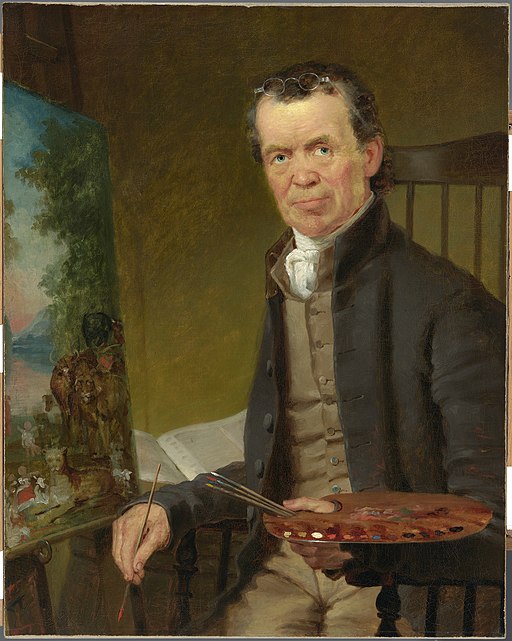 “The Peaceable Kingdom” by Edward Hicks at the Brooklyn Museum is one of over 60 versions of this scene painted by Hicks. Although not a religious image, it shows Hicks’ Quaker ideals.

This painting is his interpretations of Isaiah’s biblical prophecy of a peaceable kingdom, in which benign animals and trusting infants coexist in an Eden-type setting.

The idea of the animals and children is taken from a passage in Isaiah, from the Bible. Hicks used his paintings as a way to define his central interest and belief.

In the background, William Penn executes his treaty with the Native Americans, representing the earthly realization of a peaceable kingdom.

This painting shows Hicks’ concept of working and living together in peace with depictions of Native Americans meeting peacefully with the settlers of Pennsylvania, with William Penn prominent among them. 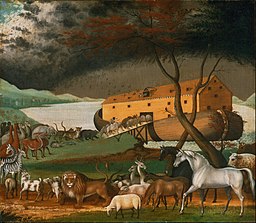 “If I could say it in words there would be no reason to paint.”
– Edward Hopper