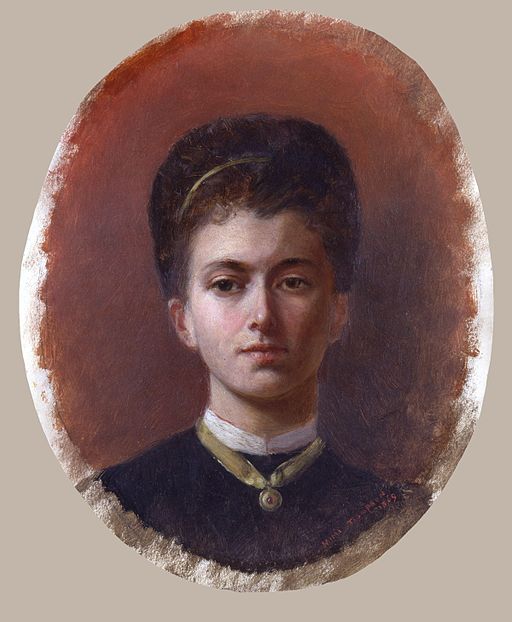 Elizabeth Southerden Thompson (1846 – 1933) was a British painter, who specialized in painting scenes from British military campaigns and battles, She wrote about her military paintings in an autobiography published in 1922: “I never painted for the glory of war, but to portray its pathos and heroism.” She married Lieutenant-General Sir William Butler, becoming Lady Butler.  Famous for her portrayals of battle scenes, Elizabeth Butler was a remarkable artist and one of the few 19th-century women to acquire fame for her historical paintings.

In 1866 she entered the Royal Female School of Art in London, and after moving to Florence in 1869, she continued her studies at the Accademia di Belle Arti. After became a Roman Catholic, she initially concentrated on religious subjects. Still, upon going to Paris in 1870, she was exposed to battle scenes by famous French artists and switched her focus to war paintings. In the 1874 Royal Academy Summer Exhibition, her painting “The Roll Call” became so popular that a policeman had to be stationed next to the picture to regulate the crowds that came to see it. Butler wrote that after the Exhibition, she awoke to find herself famous. In 1879, Butler came within two votes of becoming the first woman to be elected as an Associate Member of the Royal Academy.

After her marriage in 1877 to Sir William Francis Butler (1838–1910), an officer of the British Army, from Ireland, Butler traveled the far reaches of the Empire with her husband. On her husband’s retirement from the army, they moved to County Tipperary, Ireland. During the Irish Civil War, a collection of watercolors she had created from their time in Palestine was moved for safekeeping. Later again, they were moved to London. Ironically most of them were destroyed during the WWII German Blitz of London.

Elizabeth Thompson raised six children and continued to paint. She was widowed in 1910 and died in 1933, shortly before her 87th birthday.

A Tour of Elizabeth Thompson’s Art

“Is the only lesson of history to be that mankind is unteachable?”
– Winston Churchill