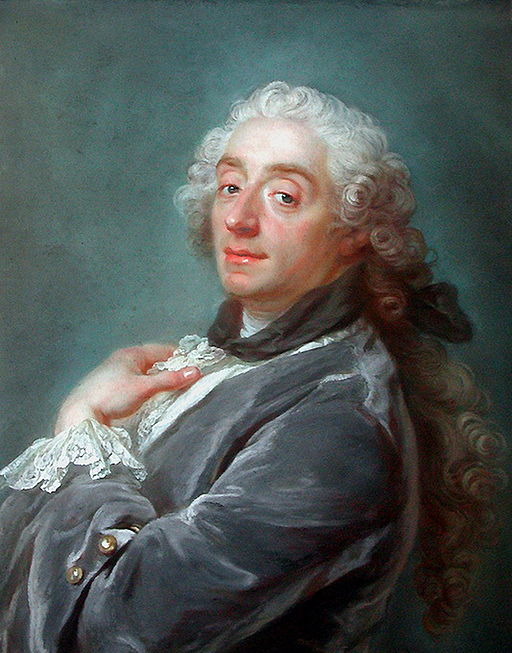 François Boucher (1703 – 1770) was a French painter who worked in the Rococo style. He is known for his idyllic and voluptuous paintings and was perhaps the most celebrated painter and decorative artist of the 18th century.

Boucher often took inspiration from Peter Paul Rubens and Antoine Watteau. More importantly, for the time, Marquise de Pompadour, the mistress of King Louis XV, was a great admirer of his work.

As a result, Boucher painted several portraits of his patroness, Madame de Pompadour, who is often called the “godmother of Rococo.”

Boucher is best known for his paintings on classical themes and decorative allegories.

A Virtual Tour of François Boucher

“Aurora and Cephalus” by François Boucher depicts Aurora, the goddess of dawn, waking up the mortal Cephalus from sleep.

According to Roman mythology and Latin poetry, Aurora has fallen madly in love with Cephalus and who is one of her human lovers.

In this Rococo masterpiece, the blue sky is tinged with pink, and the dawn can be seen with the light above her head. Furthermore, Aurora’s etherealism or heavenly aspects are symbolized by her chariot, her flying horses, and the cherubs.

Especially relevant is Cephalus’s mortality and roots to earth, which is signified by his dog, and his hunting catch in the bottom left. Aurora is the Latin word for dawn and the name of the goddess in Roman mythology.

She renews herself every morning and flies across the sky, announcing the arrival of the sun. Aurora appears most often in Latin sexual poetry with one of her mortal lovers.

Cephalus is a name used for the hero-figure in Greek mythology and was one of the lovers of the Greek dawn goddess. Museum: Yamazaki Mazak Museum of Art

“Portrait of Madame de Pompadour” by François Boucher depicts the chief mistress of Louis XV from 1745 to 1751, who remained influential in the French royal court favorite until her death.

Through her position as court favorite, Pompadour wielded considerable power and influence; she was elevated in 1752, to Duchess, and in 1756 to a Lady-in-Waiting to the Queen, the noblest rank possible for a woman at court.

Pompadour effectively played the role of the prime minister, becoming responsible for the advancements and dismissals, and contributing to domestic and foreign politics.

Madame de Pompadour was also an influential patron of the arts, who played a central role in making Paris the perceived capital of taste and culture in Europe.

She attained this influence through the appointments to leadership positions related to the arts and by controlling government policy and expenditures for the arts. S

he championed French pride by supporting and subsidizing a porcelain factory at Sèvres in 1759, which became one of the most famous porcelain manufacturers in Europe.

Numerous sculptors and portrait painters were patronized by Pompadour, among them the François Boucher, the artist of this portrait. Museum: Alte Pinakothek,  Munich

“Vulcan Presenting Venus with Arms for Aeneas” by François Boucher depicts the god of the forge from ancient Roman myth. He is presenting the Roman goddess of love, with a sword for Aeneas, her son.

Vulcan is shown as a muscular blacksmith with his hammer and tools on the ground in the right. He is offering up to the more celestial Venus the weapons he has forged for her son.

Venus’s son is the Trojan hero and the ancestor of Romulus and Remus, who founded ancient Rome. Boucher created this composition as the basis for one of a set of tapestries titled “The Loves of the Gods.”

Boucher is known for his idyllic and voluptuous paintings on classical themes and decorative allegories. He was perhaps the most celebrated painter and decorative artist of the 18th century.

This painting is typical of the Rococo taste and reflects the Boucher’s powers of imagination. Some of François Boucher’s works laid the groundwork for the composition of tapestry cartoons.

François Boucher was the art director of the Gobelins tapestry manufactory from 1755 to 1770. Museum: Louvre

Jupiter in the Guise of Diana, and the Nymph Callisto

Above them in the drapery are two cupids throwing love arrows filled with uncontrollable desire. The drapery is in the claws of Jupiter’s eagle. Jupiter seduced Callisto in female disguise was  a popular subject, usually called “Jupiter and Callisto.”

It was the most unambiguous common subject with lesbian lovers from classical mythology. The two lovers are often shown happily embracing in an alcove.

The violent rape described by Ovid as following Callisto’s realization of what is going on is rarely indicated. Museum: Nelson-Atkins Museum of Art, Kansas City, Missouri

Painter in his Studio

“Painter in his Studio” by François Boucher is a self-portrait of the young artist. Born in Paris, Boucher was the son of a lesser-known painter, who gave him his first artistic training.

At the age of seventeen, Boucher won the elite Grand Prix de Rome for painting but did not take up the opportunity to study in Italy until five years later, due to financial problems at the Académie.

On his return from studying in Italy, he was admitted to the refounded Académie in 1731. Museum:  Louvre Museum

The Rising of the Sun

The foreground is populated by the nude bodies of nymphs and naiads. They overlap with one another to create a series of curves that are echoed in the forms of the waves. Museum:  The Wallace Collection

The Setting of the Sun

Louis XIV was the first of the French Kings to encourage the title of “Sun King” because he employed the theme of the chariot of Apollo at Versailles to suggest that he was the new Apollo. Museum:  The Wallace Collection

Rococo was a decorative 18th-century European style that exaggerated the principles of illusion and theatricality. This effect was achieved by ornamentation, asymmetry, fluid curves, and the use of pastel colors with gilding.

The Rococo style of architecture and decoration began in France, in the reign of Louis XV as a reaction against the more formal and geometric.

Francois Boucher – A Successful Artist in Life and Death

Francois Boucher: A collection of 344 paintings

A Virtual Tour of Artists

“This vision is within our grasp.”
– Francois Boucher