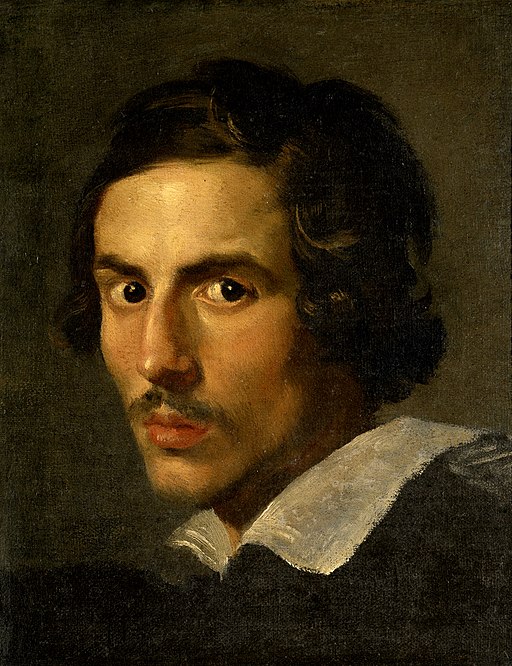 Gian Lorenzo Bernini (1598 – 1680) was an Italian sculptor and architect. He was the leading sculptor of his age, credited with creating the Baroque style of sculpture.

He was also a painter and a man of the theater. Bernini wrote, directed, and acted in plays for which he designed stage sets and theatrical machinery.

Bernini’s technical versatility, inventiveness, and skill in marble elevated him above all other sculptors of his generation.

Bernini remained physically and mentally vigorous and active in his profession until just two weeks before his death in 1680 that came as a result of a stroke at the age of eighty-one.

Many years later, in 1898, on the anniversary of his birth, a simple plaque and small bust were affixed to the face of his home. The plaque proclaims:

“Here lived and died Gianlorenzo Bernini, a sovereign of art, before whom reverently bowed popes, princes, and a multitude of peoples.”

“Apollo and Daphne” by Bernini depicts a critical point in the story from ancient Greek mythology, retold by Hellenistic and Roman authors in the form of an amorous vignette.

The story starts with Apollo, the Greek god, and patron of archery mocking the god of love, Eros (Cupid), for his use of bow and arrow. The insulted Eros then prepared two arrows, one of gold and one of lead.

He shot Apollo with the gold shaft, instilling in the god a passionate love for the river nymph Daphne. He shot Daphne with the lead arrow, instilling in her a hatred for Apollo. Museum:  Galleria Borghese

The Rape of Proserpina

The Greek mythological name for this god was Hades, which became more common as the name of the underworld itself. In the myth, Pluto abducts Persephone to be his wife and the queen of his realm.

The story of the Abduction of Proserpina is told in the Homeric Hymn to Demeter.

In the ancient story, Zeus, King of the Gods, permitted Hades, who was in love with the beautiful Persephone, to abduct her as her mother Demeter was unlikely to allow her daughter to go down to Hades.

Persephone was gathering flowers in a field when Hades came to abduct her, bursting through a cleft in the earth. Museum:  Galleria Borghese

“David” by Bernini is a life-size marble sculpture depicting the biblical David, about to throw the stone that will bring down Goliath, whom he then beheads.

Compared to earlier works on this subject such as the David of Michelangelo, the sculpture broke new ground in its sense of movement and its psychological intensity.

David is a young shepherd who has gained fame as the king’s musician but accepts the challenge when no one else steps forward to defend the Israeli cause.  Museum:  Galleria Borghese

The four statues are associated with the basilica’s primary holy relics. This statue of Saint Longinus holding the spear that pierced the side of Jesus is one of these four statues.

The female figure is holding the sun in her hand and represents naked “Truth” as her drapery appears to be leaving her body by the invisible hand of “Time.”

Bernini wanted to add the figure of “Time” to the grouping, but time seems to have beaten Bernini, as he never completed his plan.

“Neptune and Triton” by Bernini depicts Neptune ordering that Triton blows his shell to calm the waves. The scene is an allusion to Neptune and Triton, aiding Trojan ships as described by Virgil and Ovid.

The composition shows Neptune standing astride over his son Triton. Triton lies in a crouching position, and the two figures are mounted on a large half-shell. Neptune touseled hair and beard, suggests the storminess in this scene.

The marble sculpture group was commissioned by a Cardinal to serve as a fountain to decorate the pond in the garden of his villa in Rome.

Neptune points his trident down towards the waters, while Triton is blowing his conch, which was designed to spurt out water from the lake.

The twisting torso posture of Neptune’s stance, promises the drama of movement in the top half of the statue. However, this energy is dampened down by the static space in the bottom half by the figure of Triton.

“Neptune and Triton” was an early sculpture by Bernini, who was still evolving the dynamism and sweeping movement which animates his subsequent works.

A Discussion on Gian Lorenzo Bernini

“Three things are needed for success in painting and sculpture: to see beauty when young and accustom oneself to it, to work hard, and to obtain good advice.”

“An architect proves his skill by turning the defects of a site into advantages.”

“The white marble has to assume the likeness of a person. It has to have color, spirit, and life.”

“What we have is given by God, and to teach it to others is to return it to him.”

“To make a successful portrait, one should choose an action and attempt to represent it well; that the best time to render the mouth is when the subject has just spoken or is just about to begin speaking; that one should try to catch this moment.”

“Sometimes, to imitate the original, it is necessary to put something that is not in the original into a portrait in marble.”

“There are two devices which can help the sculptor to judge his work: one is not to see it for a while. The other is to look at his work through spectacles which will change its color and magnify or diminish it, to disguise it somehow to his eye, and make it look as though it were the work of another.”

A Tour of Famous Artists you Should Know