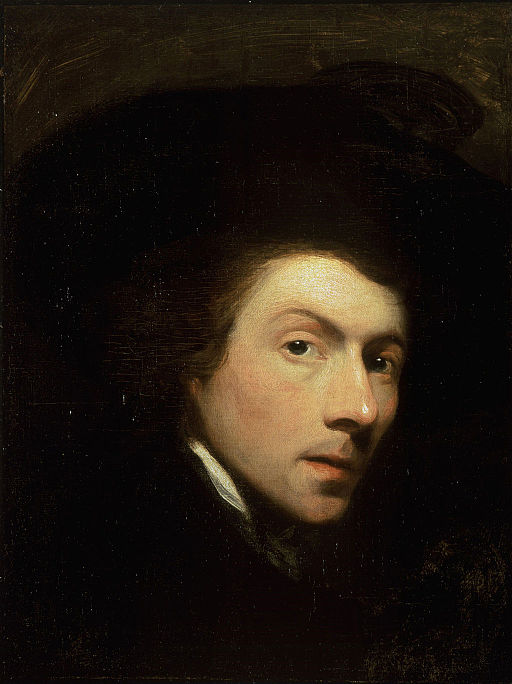 “George Washington” by Gilbert Stuart is a portrait of the United States’ first president and is also known as “The Athenaeum.” It is Stuart’s most celebrated and famous work.

Washington’s image has appeared on the United States one-dollar bill for more than a century and on various U.S. postage stamps.

This portrait of “George Washington,” also known as the Lansdowne Portrait, is an iconic portrait of the United States’ first President.

It was a gift of appreciation, as he had supported the colonies’ independence in Parliament, and he succeeded in securing peace with America during his term as Prime Minister of Great Britain. In 2001, it was purchased for $20 million and returned to the U.S.

“The Skater “by Gilbert Stuart depicts a man gliding effortlessly forward with arms crossed over his chest in typical eighteenth-century skating form.

The skater wears a dark elegant full-skirted coat, a white cravat, a gray fur lapel, tan glove, and silver buckles on the hat, breeches, and shoes. HIs stylish hat is tilted to show his face while his head is slightly lowered.

A low point of view enhances the dramatic impression. Behind the skater is a winter landscape composed of distant skaters, trees, and a far-off London skyline that includes the twoers of Westminster Abbey.

The Skater’s figure divides the canvas into halves. To the right, a large bare tree dominates the composition with a few stationary figures. While the left side, the distant skaters are depicted in motion, as is the darker winter clouds over London.

By 1781, Stuart had received encouraging reception of his work by the Royal Academy, and he was approached by William Grant, a well-placed young Scotsman, who wished to commission a full-length portrait.

Gilbert Stuart was born in 1755, in Saunderstown, in the Colony of Rhode Island and Providence Plantations. He was the third child of a father who was a Scottish immigrant who owned the first snuff mill in America. His mother was a member of a prominent land-owning family in Rhode Island.

In 1770, Gilbert Stuart made the acquaintance of Scottish artist Cosmo Alexander, a visitor to the colonies who made portraits and became a tutor to Stuart.

In 1771, Stuart moved to Scotland with Alexander to finish his studies; however, Alexander died in Edinburgh one year later. Stuart tried to earn a living and pursue his painting career but was not successful, and he returned to Newport in 1773.

Stuart’s prospects as a portraitist were jeopardized by the American Revolution’s onset and its social disruptions. He was a Loyalist and departed for England in 1775, following the example set by John Singleton Copley.

He became a protégé of Benjamin West in 1777 and studied with him for the next six years.