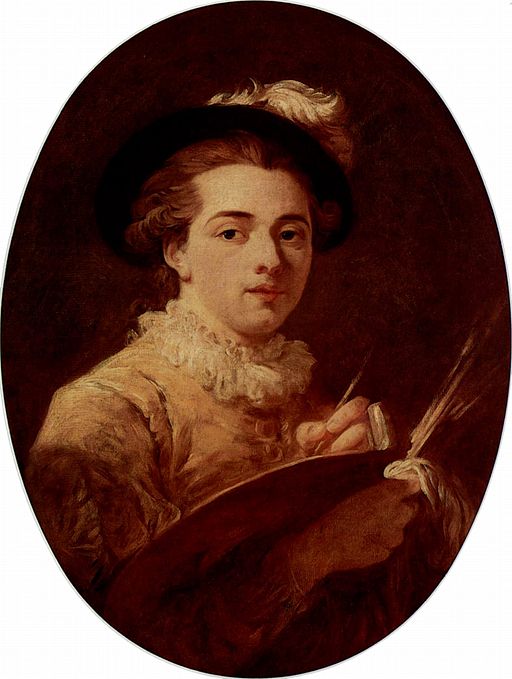 Jean-Honoré Fragonard (1732 – 1806) became a prominent painter within the Rococo artistic movement, which was filled with light colors, asymmetrical designs, and curved, natural forms.

The Rococo style emerged in Paris during the eighteenth century, more specifically during the reign of Louis XV.

Fragonard produced more than 550 paintings, and among his most famous works are genre paintings conveying an atmosphere of intimacy and veiled eroticism.

A Virtual Tour of Jean-Honoré Fragonard

A Highlights Tour of Jean-Honoré Fragonard

“A Young Girl Reading” by Jean-Honoré Fragonard depicts a girl in profile wearing a lemon yellow dress with a white ruff collar and cuffs and purple ribbons.

The girl is reading from a small book held, and a cushion resting against a wall supports her back. Her face and dress are lit from the front.

This painting is a genre painting of an everyday scene, and not a portrait as the name of the sitter is not known. X-rays have revealed that the canvas initially featured a different face looking towards the viewer, which Fragonard painted over.

The figure represents femininity, and the Rococo color scheme conveys emotions and a mood. The darker background color frames and emphasizes the subject’s female profile.

The face of the young girls has a rosy-tint, which adds a delicate feel to the painting.

The book has no clear writing, which contributes to a sense of mystery. Is she reading for pleasure or academic purposes? Museum: National Gallery of Art, Washington, D.C., United States

“The Stolen Kiss” by Jean-Honoré Fragonard depicts a kiss between two lovers, showing a young lady in a cream-colored silk gown who has left the group women in the next room for a secret meeting with a young man.

Fragonard’s painting displays the kind of eroticism and romantic folly that was popular before the French Revolution among French aristocrats.

This scene of voyeurism depicts the stolen kiss in lavish surroundings, containing luxurious details of textures, silks, and lace, like the rug with flower pattern, silk draperies, her shawl on the chair, the elegantly clad ladies that are visible through the open door.

Fragonard’s skills are evident in the diagonal composition framed by the two doors. The diagonal axis is composed on the one end, by the lady’s leaning figure and her extended arm holding on to the shawl that is diagonally draped over the table, at the other end.

Fragonard offers us an array of compositional contrasts between colors and shadows and the complex spatial intersections. Museum: Hermitage Museum

The Happy Accidents of the Swing

An enthusiastic young man is hiding in the bushes watching her from a vantage point that allows him to see up into her billowing dress. He is clearing the flower bush with his hat for a better view.

As the young lady swings higher, she throws her left leg up, allowing her shoe to fly through the air. An older man in the shadows on the right is propelling and guiding the swing with a pair of ropes. The older man appears to be unaware of the younger man.

Fragonard has added two statues in the form of putti, depicted as a chubby male child, to the composition to elaborate the narrative.

The Rococo style began in France in the first part of the 18th century in the reign of Louis XV as a reaction against the more formal and geometric style. It soon spread to other parts of Europe, mainly northern Italy, Bavaria, Austria, other parts of Germany, and Russia. It also came to influence the other arts, particularly sculpture, furniture, silverware and glassware, painting, music, and theater.

“I was in awe of Michelangelo’s energy.
I felt things that I could not express.
When I saw the beauty of the Raphaels, I was moved to tears,
and I could scarcely hold my pencil.
For several months I remained in a state of apathy that I was unable to overcome,
until I resolved to study the painters who I felt I had a chance of rivaling:
and so I turned my attention to Barocci, Pietro da Cortona, Solimena, and Tiepolo.”
– Jean-Honoré Fragonard