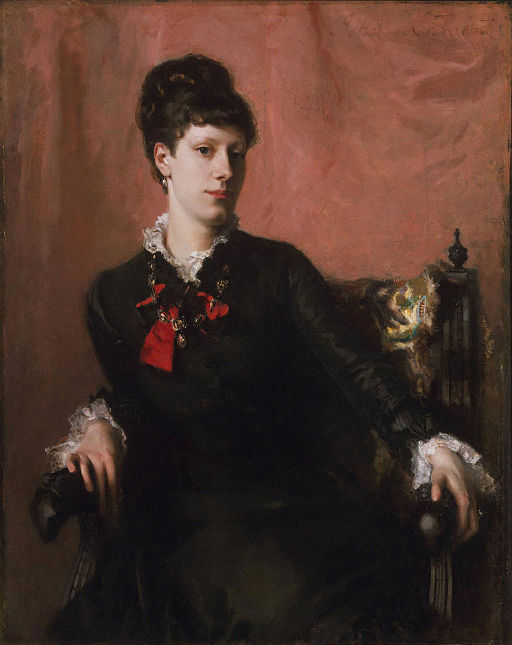 John Singer Sargent (1856 – 1925) was an American artist, considered the leading portrait painter of his generation.

His commissioned works were consistent with the grand manner of portraiture, while his informal studies displayed a familiarity with Impressionism.

Portrait of Frances Sherborne Ridley Watts depicts one of the artist’s childhood friend, Fanny Watts. The portrait was the first by Sargent to be exhibited at the Paris Salon.

The Salon was the official art exhibition of the Académie des Beaux-Arts in Paris. Between 1748 and 1890, it was the greatest annual art event in the Western world.

The skin tones, subtle lighting, and brushwork demonstrated in this painting made John Singer Sargent one of the most sought-after portraitists of his time. 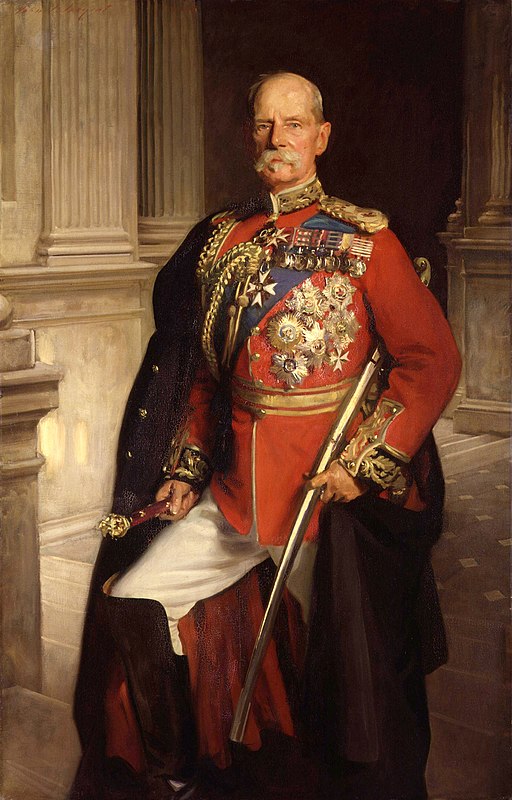 Frederick Sleigh Roberts (1832 – 1914) was born in India and joined the East India Company Army and served as an officer in the Indian Rebellion, during which he won a Victoria Cross for gallantry.

He was then transferred to the British Army and fought in Abyssinia and in the Second Anglo-Afghan War, in which his exploits earned him widespread fame. Roberts served as the Commander-in-Chief, India, before leading British Forces in the Second Boer War.

Roberts became a symbol for the British Army and became an influential proponent of the increasing threat that the German Empire posed to Britain in the lead up to the First World War.