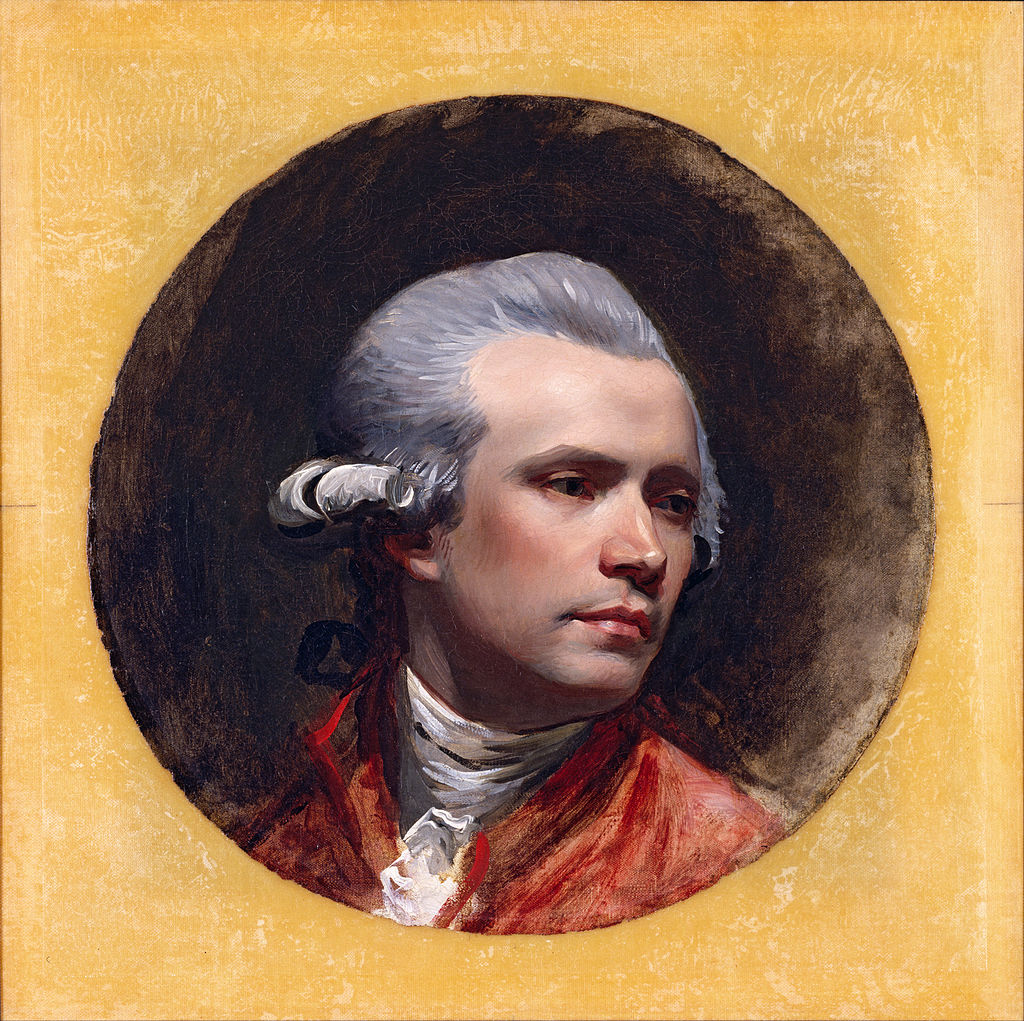 Copley sailed in 1774 for London, where he connected with Benjamin West. West was another American born painter who created a new kind of history painting, one with modern and current subjects.

The Defeat of the Floating Batteries at Gibraltar

The British Governor of Gibraltar is shown on horseback, pointing to the rescue of the defeated Spanish sailors.

The Great Siege of Gibraltar was an unsuccessful attempt by Spain and France to capture Gibraltar from the British during the War of American Independence.

The painting is based on an attack that took place in Gibraltar in 1782 when the Spanish formulated a secret weapon known as the Floating Batteries.

Designed to fire on Gibraltar at close quarters with deadly accuracy, floating batteries were built of 1 meter (3 ft) wide timbers. They were packed with layers of wet sand and were considered fire-proof and unsinkable.

The British used a heated shot to attack. These were pre-heated to furnace temperatures before being fired. Many were doused, but some of the hotshots lay smoldering in the bowels of the enemy ship.

They eventually burned into the wood and caused an inferno on the Floating Batteries. Museum: Guildhall Art Gallery, London

Watson and the Shark

“Watson and the Shark” by John Singleton Copley depicts the rescue of the boy from a shark attack in Havana harbor, Cuba. Based on the true story of an attack that took place in 1749.

The English boy Brook Watson, then a 14-year-old cabin boy, lost his leg in the attack. He was not rescued until the third attempt by the shark, which is the subject of the painting.

The shark attack on Watson resulted in the loss of his right leg below the knee. However, he went on to have a distinguished career, including becoming a Lord Mayor of London.

Watson, while swimming alone in Havana harbor, was attacked by a shark, and the shark attacked twice before Watson was rescued.

The first time, the shark removed flesh from below the calf of Watson’s right leg; the second time, it bit off his right foot at the ankle. Watson was rescued before the third attack by his shipmates.

However, his leg had to be amputated below the knee. Watson recuperated in a Cuban hospital and recovered before returning to Boston.  Museum:  National Gallery of Art, Washinton DC

Self-Portrait by John Singleton Copley depicts the artist ten years after his departure from Boston. In London, he achieved success as a portraitist for the next two decades.

He also painted several large history paintings, which were innovative in their depiction of modern subjects and modern dress. His later years were less successful, and he died heavily in debt.

Copley was born in Boston and became an established portrait painter of the wealthy in colonial New England.

However, political and economic conditions in Boston were increasingly turbulent. Copley’s father-in-law was the merchant to whom was consigned the tea that provoked the Boston Tea Party.

The finished pot remains undecorated, and the engraving tools rest at Revere’s elbow, pointing to the work yet to be completed. Is he contemplating the engraved design? Museum: Museum of Fine Arts, Boston

“John Adams” by John Singleton Copley commemorates Adams’s role in securing American independence. It was painted in London soon after the Treaty of Paris was signed in 1783. He gestures toward a map of the new lands claimed by the American government.

Adams was appointed as the American commissioner to negotiate the war-ending treaty, the Treaty of Paris. On September 3, 1783, the treaty was signed, and American independence was recognized.

In the background, a classical statue extends an olive branch and lowers a torch in a gesture of peace. Though Copley planned to publicly display the painting in London, it proved too celebratory for British audiences, who had lost to the colonists.

Adams was appointed the first American ambassador to Great Britain in 1785. However, Adams’s tenure in Britain was complicated by both countries failing to follow their treaty obligations.

Artists, You should Know

“It is not in the stars to hold our destiny but in ourselves.”
– Jawaharlal Nehru