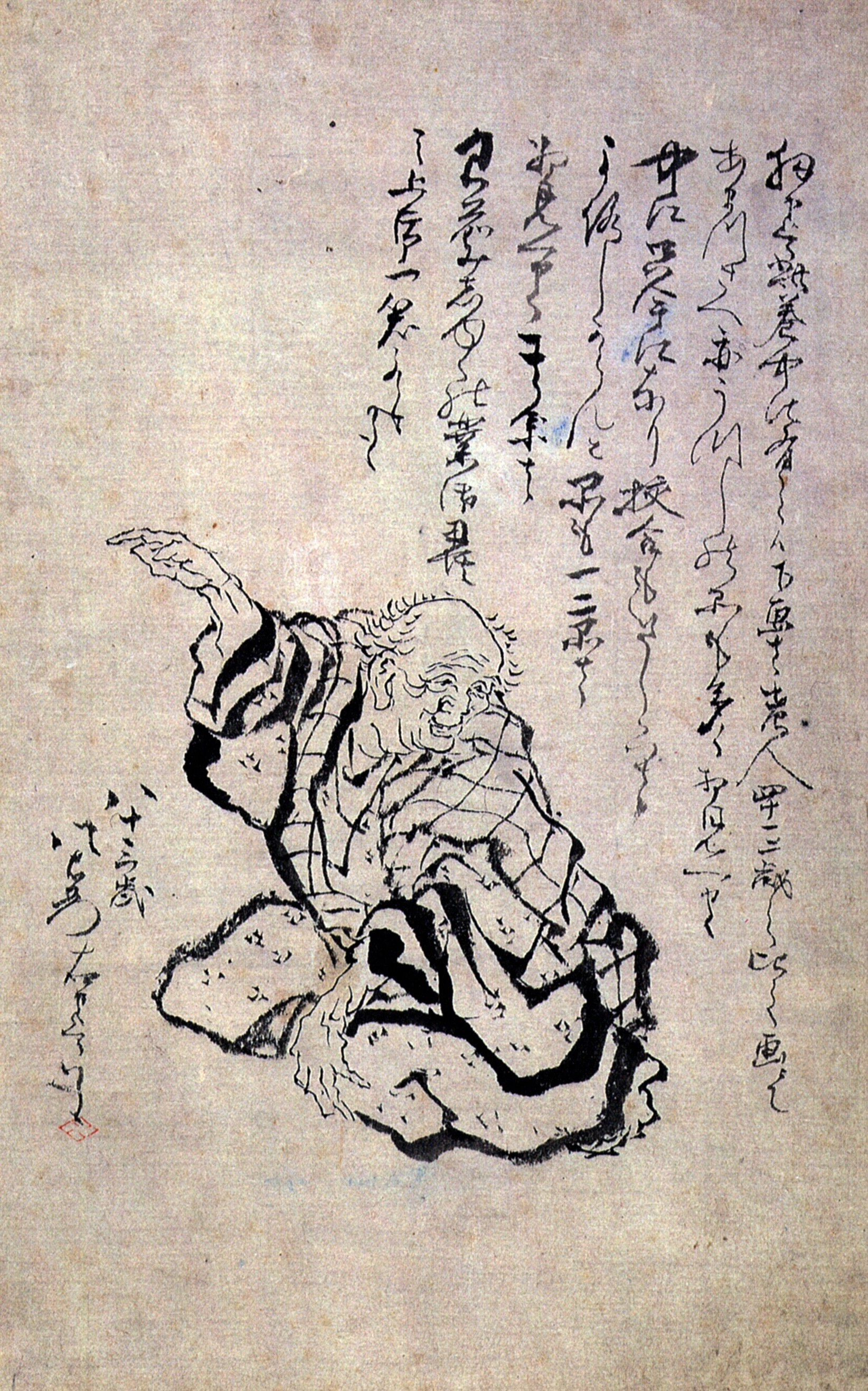 Katsushika Hokusai (1760 – 1849) began painting at the age of six, and at sixteen, he was apprenticed as an engraver and spent three years learning the trade. At the same time, he began to produce his illustrations.

At eighteen, he was accepted as an apprentice to Katsukawa Shunshō, one of the foremost “ukiyo-e” artists of the time.

“Ukiyo-e” is a genre of Japanese art that flourished from the 17th through the 19th centuries.

The Great Wave off Kanagawa

The Great Wave off Kanagawa is a woodblock print by the Japanese artist Hokusai which he published in 1831. It was the first print in his series Thirty-Six Views of Mount Fuji.

The image depicts an enormous rogue wave threatening boats off the coast of the town of Kanagawa, just off the present-day city of Yokohama.

The print shows seasick fishers in three boats with a wave about to crash down on them. As in many of the prints in the series, it depicts Mount Fuji in the background.

Considered Hokusai’s most famous work, it is also one of the most recognizable works of Japanese art in the world. Impressions of the print can be seen in many museums around the world.

The inscription is a signature in the upper left-hand corner. During his career, Hokusai used more than 30 different names in his signature.

He always began a new cycle of works by changing his name in the autograph and letting his students use the earlier title. Vincent van Gogh was a great admirer of Hokusai, and he praised the drawing and the use of line in the Great Wave. Museum: The British Museum

Fine Wind, Clear Morning is a woodblock print by Japanese artist Hokusai and part of his “Thirty-six Views of Mount Fuji” series, dating from 1830 to 1832.

It depicts Mt Fuji in early autumn when the wind is southerly, and the sky is clear, and the rising sun can turn Mount Fuji red. Hokusai captures this moment with abstraction but symbolic specificity.

The three shades of deepening blue of the sky mirror the three hues of the mountain. The snow at the peak of the mountain contrast with the dark shadows of the forest at its base.

The delicate clouds balance Mt. Fuji’s solidly symmetrical shape on the right half of the image to the left. Museum: Metropolitan Museum of Art – MET

Rainstorm Beneath the Summit

“Rainstorm Beneath the Summit” by Katsushika Hokusai is different in composition to ‘”South Wind, Clear Sky” because the two designs are deliberately contrasting.

In this print, the calm, bright dawn has given way to evening darkness in which a storm erupts around the base of the mountain, forming an echo of the slopes. The deep ravine on the left side of Mt Fuji shows the ‘back,’ that is, the north side of Mt Fuji.

Thus Hokusai has set up a contrast between this print and his previous design. In this print, we see the back view during an evening storm.

Whereas in “Fine Wind, Clear Morning,” the composition is the front view of Mt. Fuji during the morning in fair weather. Museum: British Museum

A Tour of the Waterfalls of the Provinces

“A Tour of the Waterfalls of the Provinces” by Katsushika Hokusai is a series of landscape woodblock prints by the Japanese ukiyo-e artist Hokusai.

Completed between 1833–34 and containing eight prints, it was the first ukiyo-e series to approach the theme of falling water.

The waterfalls take up most of each print, dwarfing the scenes’ human inhabitants, which are rendered by Hokusai with a powerful sense of life, reflecting his animistic beliefs.

Katsushika Hokusai: A collection of 1145 works

“Vision without action is a daydream.
Action without vision is a nightmare.”
– Japanese Proverb