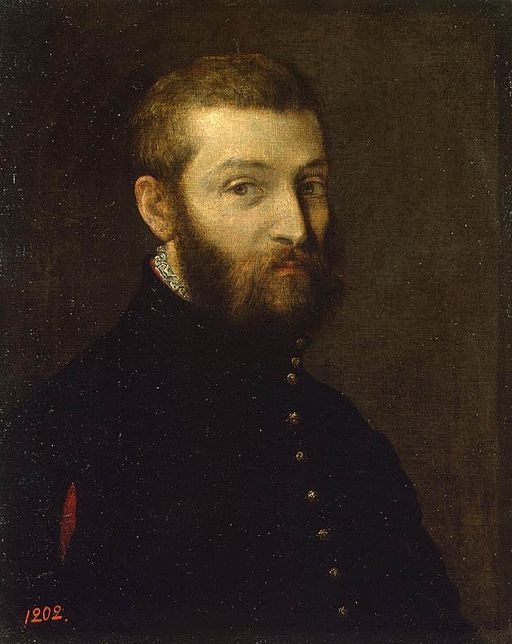 Paolo Caliari, known as Paolo Veronese (1528 – 1588), was an Italian Renaissance painter, based in Venice, known for large-format history paintings of religion and mythology.

Along with Titian and Tintoretto, Veronese is one of the great artists of Venetian art and the Late Renaissance in the 16th century.

His most famous works are narrative cycles, executed in a dramatic and colorful style, full of architectural settings and pageantry.

His large paintings of biblical feasts were painted for the refectories of monasteries in Venice and Verona as well as palatial ceilings. Most of these works have remained in their original setting. Allowing many of the greatest artists have long admired his work.

A Virtual Tour of Paolo Veronese

A Tour of Paolo Veronese

The Family of Darius before Alexander

“The Family of Darius before Alexander” by Paolo Veronese depicts Alexander the Great with the family of the Persian king he had defeated in battle.

Other artists had rarely depicted the story in this painting before Veronese. The story is centered on the events in 333 BC when Alexander defeated King Darius III’s army.

Darius panicked and abandoned his army and family to narrowly escaped capture. Alexander’s forces quickly captured his wife, mother, and his daughters, who were left behind by Darius.

Alexander is reputed to have displayed unexpected respect and honor to his enemy’s family after his victory. According to Plutarch: “he treated these illustrious prisoners according to their virtue and character.” Museum: The National Gallery, London

The Rape of Europa

“The Rape of Europa” by Paolo Veronese is a mythological painting of the story of the abduction of Europa by Zeus, a Greek god. The painting depicts the story of her kidnapping by Zeus, who is in the form of a white bull.

In the myth, the bull rode into the sea and carried her to Crete. In Crete, he revealed his real identity to her. Europa became the first Queen of Crete and had three children with Zeus.

In Greek mythology, Europa was the mother of King Minos of Crete, a woman with Phoenician origins, after whom the continent of Europe was named.

This myth has initially been a Cretan story, and many of the love-stories on Zeus originate from even more ancient myths describing his marriages with multiple goddesses. Museum: The National Gallery, London

The Feast in the House of Levi

“The Feast in the House of Levi” by Paolo Veronese depicts a banquet scene in which the tall figure of Christ is represented in the center dressed in a shimmering robe.

The surrounding people are portraited in colorful splendor, all actively participating in the feasts in various poses. The feast is set amongst great Venitian pillars and archways on a porch with a staircase to either side.

The background shows various forms of Italian architecture that were more reminiscent of Venice then the biblical lands. Museum:  Gallerie dell’Accademia

Boy with a Greyhound

“Boy with a Greyhound” by Paolo Veronese is believed to represent a young man from the Colleoni family of Bergamo, an Italian city northeast of Milan.

The painting is dated to the 1570s, and it echos Veronese’s illusionistic frescoes in Venetian villas. Veronese was an expert in depicting portraits shown as though entering the space of the viewer through an open door.

Veronese has expertly caught the richness of the youth’s clothing and the greyhound’s muscular anatomy. Unfortunately, the sky, in this painting, has lost most of its blue color. Museum: Metropolitan Museum of Art – MET

Portrait of a Man

“Portrait of a Man” by Paolo Veronese portrays a man leaning on the base of a structure with columns. In a niche between the columns is a marble sculpture of a draped figure, of which only the lower portion is visible.

The identity of this man is a mystery; however, the clues in the painting may refer to the subject’s profession, perhaps that of a sculptor or architect. Other clues include the carved reliefs, adorn the sides of the architectural base.

The one at the right illustrates a classical hero in armor. The man’s formal black attire and sword may also imply military rank or knighthood. In the background at the lower left is the Venetian Basilica of San Marco, placed in an imaginary setting.

The inclusion of the basilica likely alludes to the sitter’s association with the Venetian state. At one point, scholars believed the painting might be a self-portrait, but such speculation remains unconfirmed. Museum: Getty Museum

The Black Monks of the Order of Saint Benedict in Venice commissioned Paolo Veronese in 1562 to create the painting to decorate a wall of the monastery’s new refectory, at the Basilica of San Giorgio Maggiore. Museum: Louvre Museum, Paris

Christ among the Doctors

“Christ among the Doctors” by Paolo Veronese depicts the story from the final passage on Christ’s childhood, in Luke 2, 41-50, when, at the age of 12, he was taken to Jerusalem by his parents to celebrate Passover.

The Biblical story of the “Finding in the Temple” also called in art by the standard titles of “Christ among the Doctors” or “Disputation.” It was an episode in the early life of Jesus, and the only event of the later childhood of Jesus mentioned in a gospel.

The episode describes how Jesus, at the age of twelve, accompanies Mary and Joseph, and their relatives and friends to Jerusalem on pilgrimage during Passover.

After a day of travel, they realized Jesus was missing, so they returned to Jerusalem, finding Jesus three days later. Mary and Joseph found Jesus in The Temple in an in-depth discussion with the elders. Museum:  Museo del Prado

Paolo Veronese: A collection of 448 paintings

The Complete Works of Paolo Veronese

“We painters use the same license as poets and madmen.”

“I had not thought that I was doing wrong; I had never taken so many things into consideration.”

“There are three Venetians that are never separated in my mind — Titian, Veronese, and Tintoretto.”
– John Ruskin

“Titian, Tintoretto, and Paul Veronese absolutely enchanted me, for they took away all sense of subject. …
It was the poetry of color which I felt, procreative in its nature,
giving birth to a thousand things which the eye cannot see, and distinct from their cause.”
– Washington Allston,

Veronese at The Frick Collection

VERONESE – Paintings by Paolo Veronese in the National Gallery

“We painters use the same license as poets and madmen.”
– Paolo Veronese