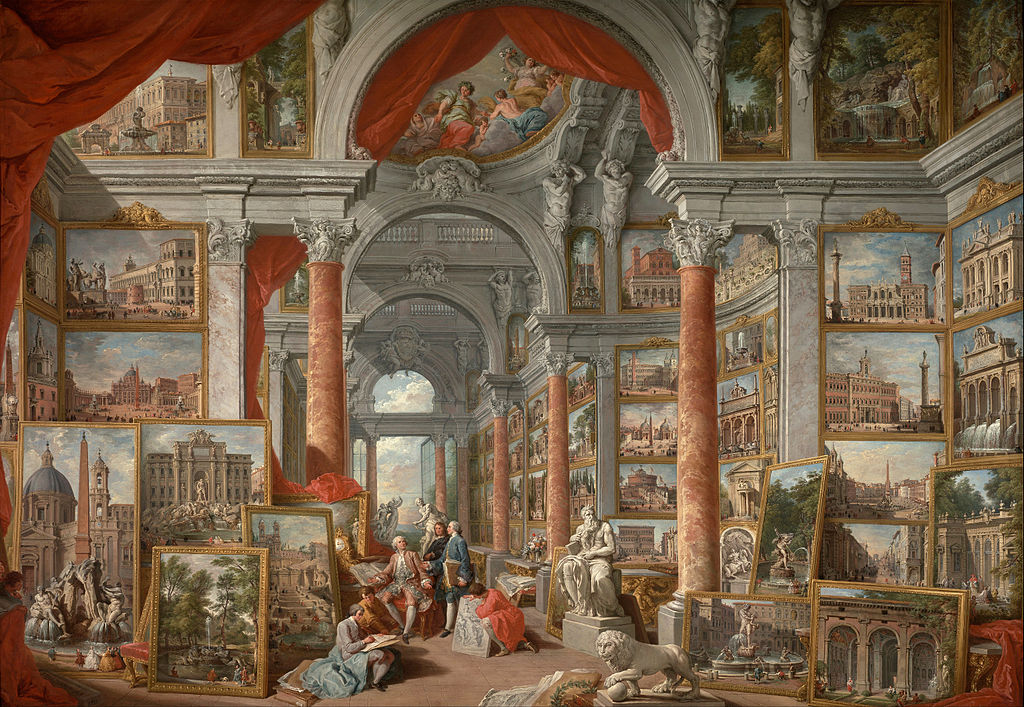 “Picture Gallery with Views of Modern Rome” by Giovanni Paolo Panini is the name given to each of three almost identical paintings by the celebrated Italian artists in the 1750s.

The picture gallery consists of a large number of paintings of buildings, monuments, and sculptures in Rome during the time that Panini painted this painting.

It is not a depiction of an actual gallery but rather an extravagant souvenir commissioned by the French ambassador to the Vatican to commemorate his stay in Rome.

The original painting shows the arrangement commissioned by the Count of Stainville. He was the ambassador to Rome from between 1753 and 1757.

In the painting, the Count is seated in an armchair. Around him hang Pannini’s meticulously detailed views of Roman buildings, fountains, and monuments of the seventeenth and eighteenth centuries.

On the left side of the composition are paintings of St. Peter’s Basilica, the Trevi Fountain, and the Spanish Steps. On the right side are depictions of the church of Santa Maria Maggiore, the Piazza Navona, and Villa Aldobrandini.

A couple of years later, he created a slightly different version of this painting for a different client, which now hangs at the Louvre Museum in Paris.

The Louvre version, commissioned by a different client in 1759

The Metropolitan Museum of Art version similar to the original