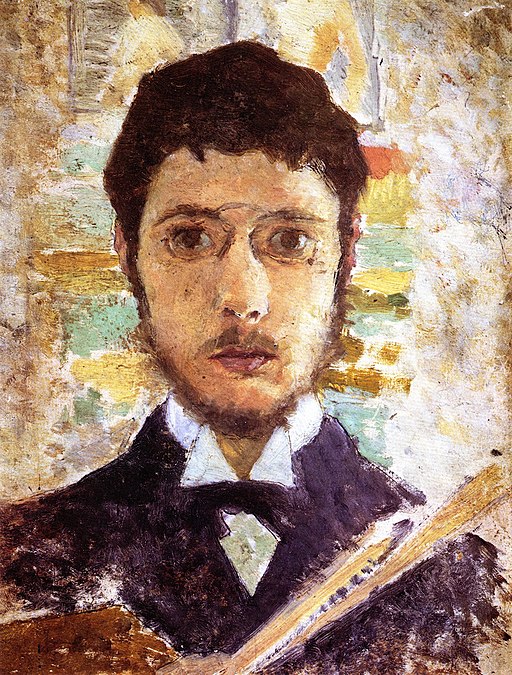 Pierre Bonnard (1867 – 1947) was a French painter, illustrator, and printmaker, who was a founding member of the Post-Impressionist group of avant-garde painters called, Les Nabis. Bonnard’s early work was strongly influenced by the work of Paul Gauguin, and the prints of Hokusai and other Japanese artists. He was a leading figure in the transition from impressionism to modernism.

The Les Nabis group, of which Bonnard was a key member, was a collection of young French artists active in Paris from 1888 until 1900. They played a key part in the transition from impressionism to abstract art, symbolism, and the other early movements of modernism. These artists had a shared admiration for Paul Gauguin and Paul Cézanne and a determination to renew the art of painting but varied greatly in their styles.

Additionally, Japanese art played an essential part in Bonnard’s work. Japanese works by Hokusai and other printmakers were published in a monthly French art journal, which offered color illustrations of 1891. In 1890 an important exhibition in Paris of seven hundred prints, from Japan, was studied and used by Bonnard.

A Tour of Pierre Bonnard’s Art

A painting that is well composed is half-finished.

You cannot possibly invent painting all by yourself.

The important thing is to remember what most impressed you and to put it on canvas as fast as possible.

I should like to present myself to the young painters of the year 2000 with the wings of a butterfly.

Color does not add a pleasant quality to design – it reinforces it.

“The precision of naming takes away from the uniqueness of seeing.”
– Pierre Bonnard