Sofonisba Anguissola (1532 – 1625) was an Italian Renaissance painter born in Northern Italy, to a relatively poor noble Genoese family. She received a well-rounded education that included the fine arts, and her apprenticeship with local painters set a precedent for women to be accepted as students of art.

As a young woman, Anguissola traveled to Rome, where she was introduced to Michelangelo, who immediately recognized her talent. The Spanish queen was a keen amateur painter, and in 1559, Anguissola was recruited to go to Madrid as her tutor, with the rank of lady-in-waiting.

Anguissola later became an official court painter to the king, Philip II. After the queen’s death, Philip helped arrange an aristocratic marriage for her. She moved to Sicily, and later Pisa and Genoa, where she continued to practice as a leading portrait painter.

Anguissola’s oeuvre had a lasting influence, and her success opened the way for larger numbers of women to pursue serious careers as artists. 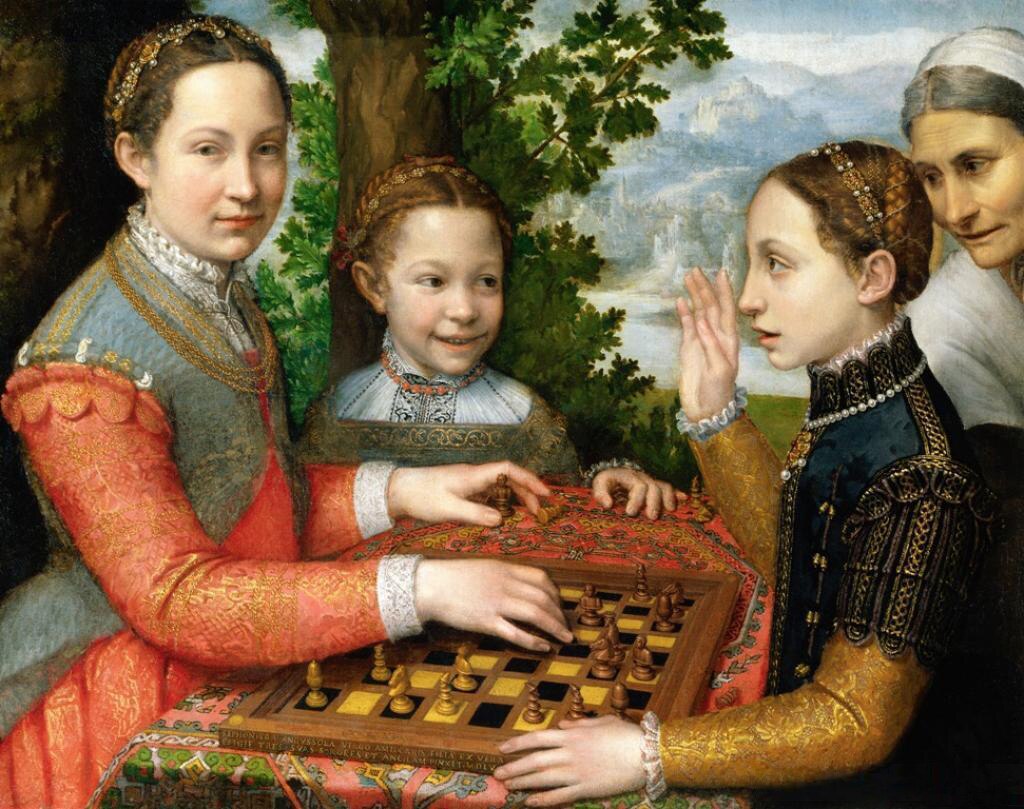 The Chess Game by Sofonisba Anguissola

The Chess Game by Sofonisba Anguissola depicts the artist’s three sisters, Lucia, Europa, and Minerva. They are shown playing chess with their governess looking on. Sofonisba was 23 years old when she started this intimate portrait of her sisters before she left for Spain. Sofonisba has demonstrated her skill with the complicated poses of their hands and figures. Her artwork also skillfully highlighted the variety of textures in her sisters’ clothes.

The sister to the left, Lucia, is looking out directly at the viewer after winning the game. Lucia Anguissola was also an Italian Mannerist painter of the late Renaissance. Europa, smiling, is the youngest girl, and Minerva appears at the right.

Anguissola was the oldest of seven children, six of whom were girls. Her father was a member of the Genoese minor nobility and encouraged all his daughters to develop artistic skills alongside their humanist education. 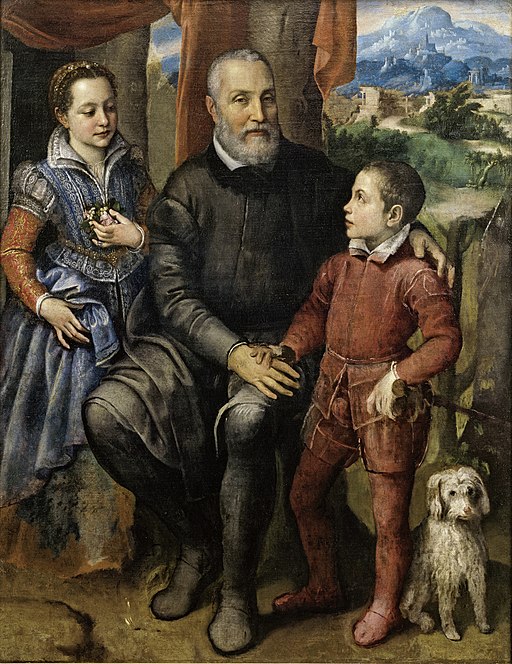 Portrait of the Artist’s Family by Sofonisba Anguissola

Portrait of the Artist’s Family by Sofonisba Anguissola shows the artist’s family in a landscape. It portrays her father Amilcare, sister Minerva, and brother Asdrubale with their pet dog. The picture was left unfinished because she moved to Spain, where she became a court painter for 20 years.

This painting is the only known portrait of her father, but Sofonisba had painted Minerva a few years before in “The Chess Game.”

Portrait of the Artist’s Family

“Life is full of surprises, and I try to capture these precious moments with wide eyes.”
– Sofonisba Anguissola