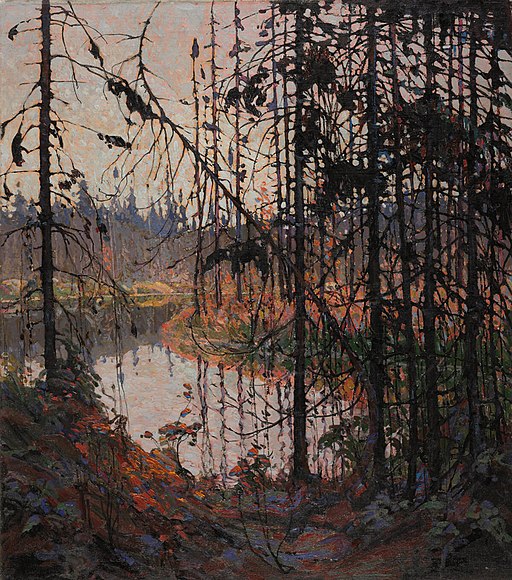 Thomson affectionately referred to this painting as his “swamp picture.” This new motif of a dark screen of trees reappears in many of Thomson’s paintings. 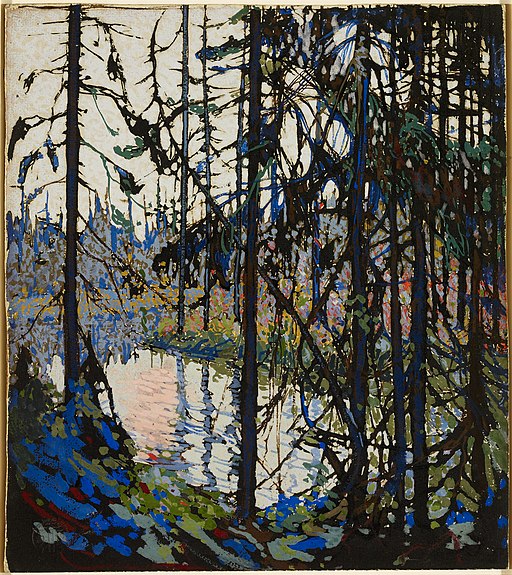 Thomson first visited Algonquin Park in 1912, venturing through the area on a canoe trip. Thomson’s transition from commercial art towards his original style of painting began to be apparent around this time.

This painting stands as a point of transition in Thomson’s art. This painting demonstrates his experimentation with color and texture rather than the precision and subdued nature of his earlier works. 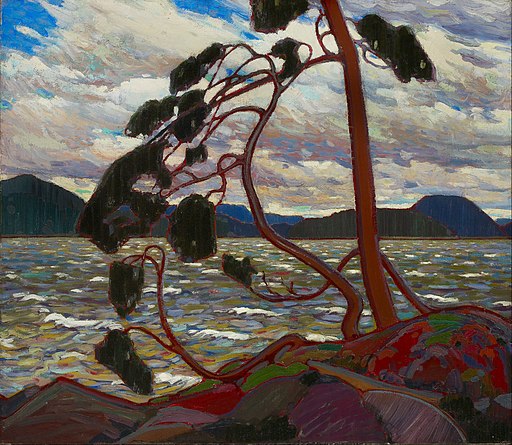 Though not imposing in scale, the background is composed in an art-nouveau sensibility. It was painted in the last year of Thomson’s life and was one of his final works on canvas. 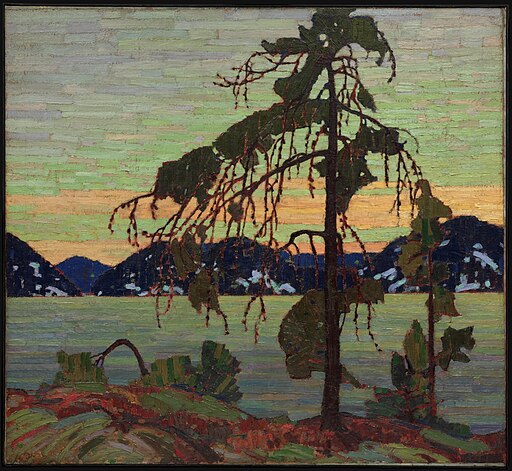 The jack pine often takes root on shores hostile to other trees, its sparsely leaved branches forming unusual shapes. It is silhouetted against water and sky, with the canvas bisected by the far shore.

The painting was completed in 1917, the year of Thomson’s death.

Its size, combined with its proximity to the major urban centers of Toronto and Ottawa, makes Algonquin one of the most popular provincial parks in the province and the country.

Over 2,400 lakes and 1,200 kilometers of streams and rivers are located within the park. Its unique mix of forest types, and the wide variety of environments in the park, allows the park to support a significant diversity of plant and animal species.

His paintings use broad brush strokes and a liberal application of paint to capture the beauty and color of the Ontario landscape.