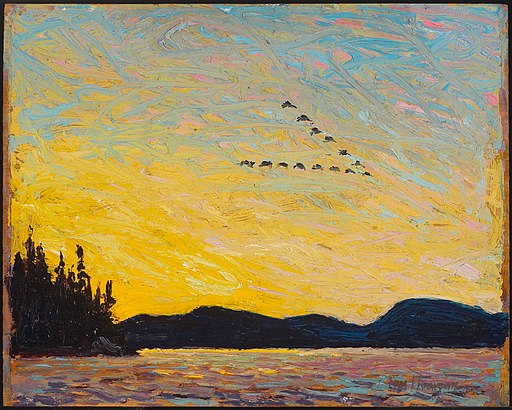 Round Lake is a lake located in Renfrew County, Ontario, Canada. The Bonnechere River flows into the lake, and there are two provincial parks on the lake.

Round Lake is the first significant lake in the course of the Bonnechere River, which begins at Basin Lake in Algonquin Park to the north. It passes through Golden Lake, Eganville, Douglas, and Renfrew before emptying into the Ottawa River. 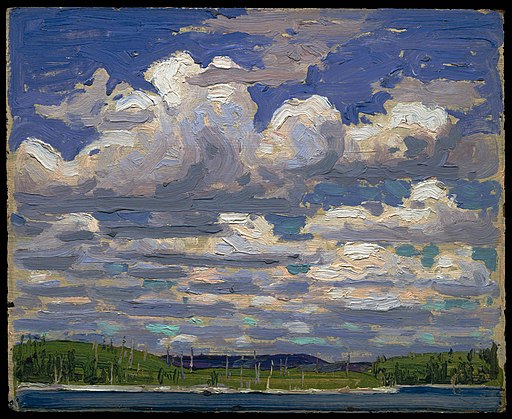 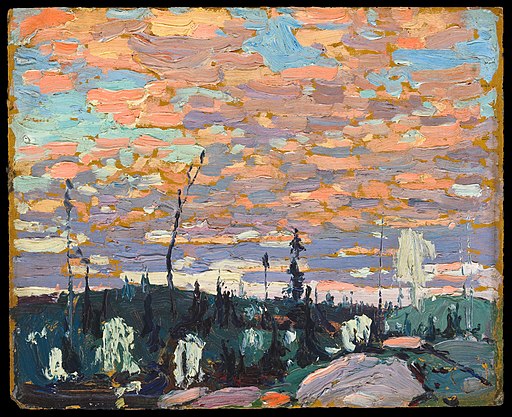 The red cherry trees tend to be bush-sized plants, with clusters of white flowers appear. The fruit turns red in August or September.

Thomson would stand and study the aurora for an extended period before going back into his cabin to paint by lamplight.

He sometimes completed nocturnes this way, going back and forth between painting indoors and looking at the subject outside until he completed the sketch.

Auroras are the result of disturbances in the magnetosphere caused by the solar wind.

These disturbances are sometimes strong enough to alter the trajectories of charged particles in both solar wind and magnetospheric plasma.

These particles, mainly electrons, and protons precipitate into the upper atmosphere. Polar lights or northern lights are called Aurora Borealis.

Southern lights that are viewed from the southern regions of the earth are called Aurora Australis. 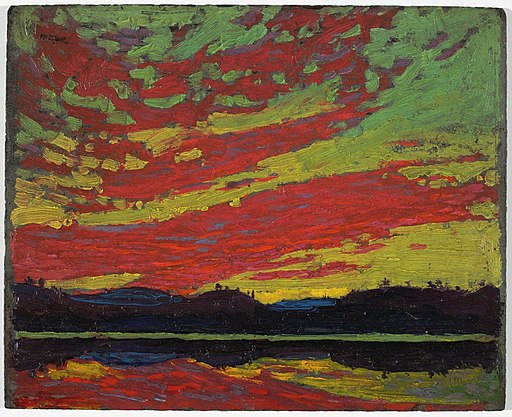 These skies provided artistic inspiration for Thomson and other artists in the same way that the eruption of Krakatoa in the previous century had inspired Edvard Munch.

Sky effects were one of Thomson’s main interests for the entire 1915 year, indicated by his heightened use of color.

Its size, combined with its proximity to the major urban centers of Toronto and Ottawa, makes Algonquin one of the most popular provincial parks in the province and the country.

Over 2,400 lakes and 1,200 kilometers of streams and rivers are located within the park. Its unique mix of forest types, and the wide variety of environments in the park, allows the park to support a significant diversity of plant and animal species.

His paintings use broad brush strokes and a liberal application of paint to capture the beauty and color of the Ontario landscape.