The James Ossuary is a 1st-century limestone box that was used for storing the bones of the dead. This ossuary has an Aramaic inscription that is cut into one side of the box. The inscription is in the Hebrew alphabet, it reads:

Two thousand years ago, in Jerusalem, the dead would lie on a separate cavity in a tomb for a year of decomposition, and then the remains would be collected and placed in an ossuary.

The James Ossuary is slightly smaller than the average as compared to other ossuaries of the time. An ossuary was considered a luxury for the elite.

If the inscription on the James Ossuary is genuine, the inscription may indicate that the ossuary was that of “James the Just,” the brother of Jesus, the founder of Christianity.

If the inscription is genuine, it might provide archaeological evidence for Jesus of Nazareth. However, while the ossuary itself is accepted as authentic to the period, the inscription has created a debate and could be a forgery.

The existence of the ossuary was announced in 2002 by the Biblical Archaeology Society, and the investigating Semitic epigrapher claimed that the inscription is authentic. The cursive Aramaic script is consistent with first-century lettering.

In 2003, The Israel Antiquities Authority (IAA) argued that the inscriptions were forged at a much later date.

A criminal trial that started in 2004 and lasted seven years led to an acquittal of the forgery charges. Still, the judge stated that it: “does not mean that the inscription on the ossuary is authentic or that it was written 2,000 years ago.”

The judge also stated that “it was not proven in any way that the words ‘the brother of Jesus’ necessarily refer to the ‘Jesus’ who appears in Christian writings.”

Since the end of the trial, the James Ossuary who put it on public display and exhibited in Museums.

Scholarly analysis of the James Ossuary

The James Ossuary came from the Silwan area in the Kidron Valley, southeast of the Temple Mount. The bones originally inside the ossuary were discarded.

The first-century origin of the ossuary is not in question since the only time Jews buried in that fashion was from approximately 20 B.C. to the destruction of Jerusalem in 70 A.D. The dispute centers on the date of origin of the inscription.

The James Ossuary is the only ossuary to have been found in from 2,000 years ago, which contains a reference to a brother. This reference indicates that there would have have been a significant reason to refer to a sibling of the deceased.

Statistical analysis of the occurrence of these three names of “James,” “Joseph,” and Jesus” in ancient Jerusalem has been undertaken.

The Statistical analysis projected that there were less than a handful of people named James, with a father named Joseph and a brother named Jesus, living in Jerusalem around the time at which the ossuary was produced. 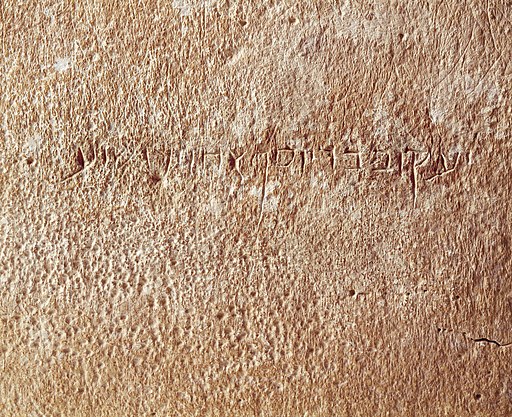 The fragile condition of the ossuary attests to its antiquity. The Israel Geological Survey submitted the ossuary to a variety of scientific tests, which determined that the limestone of the ossuary had a patina or sheen consistent with being in a cave for many centuries.

In 2008, an archaeometry analysis found that patina on the ossuary surface matched that in the engravings. The microfossils in the inscription seemed naturally deposited. Yet others have challenged this view with alternative analysis outcomes.

The Israeli Antiquities Authority has failed to offer any public report explaining why it concluded the ossuary is a forgery. International experts are unable to give their opinions on the ossuary’s authenticity until the IAA allows scholars to review its findings.

The Senior Curator at the Royal Ontario Museum (ROM), Near Eastern & Asian Civilizations Department, continues to argue for the ossuary’s authenticity, saying:

“the ROM has always been open to questioning the ossuary’s authenticity, but so far no definitive proof of forgery has yet been presented, in spite of the current claims being made.”

“James the Just” was the brother of Jesus, according to the New Testament. He was an early leader of the Jerusalem Church of the Apostolic Age, with which Paul was also affiliated. He died as a martyr in A.D. 62 or 69.

Catholics and Eastern Orthodox, as well as some Anglicans and Lutherans, teach that James, who is named in the New Testament as “brother” of Jesus, was not the biological child of Mary. But, possibly a cousin of Jesus, or half-brother from a previous marriage of Joseph. The New Testament mentions several people named James and several brothers to Jesus.

Jesus’ brothers, James, Jude, Simon, and Joses, are named in Matthew 13:55 and Mark 6:3 and mentioned elsewhere. James’s name always appears first in lists, which suggests he was the eldest among them.

Modern historians of the early Christian churches tend to place “James the Just” in the tradition of Jewish Christianity. Whereas Paul emphasized faith over observance of Mosaic Law, James is thought to have promoted the importance of Mosaic Law.

In “Jewish Antiquities” (20.9.1), Josephus,  a first-century Romano-Jewish historian, describes James as “the brother of Jesus who is called Christ.”

Is the Ossuary of St. James a Forgery?

Photo Credit:1) The James ossuary was on display at the Royal Ontario Museum from November 15, 2002, to January 5, 2003. / Attribution; Paradiso / Attribution