Muisca Mummies are the mummified remains of the ruling class of Misca society, their chief priests, and their families. The mummies would be placed in caves or dedicated houses “mausoleums” and were not buried.

The Muisca inhabited the Colombian Andes before the arrival of the Spanish and were an advanced civilization. The Muisca did not construct stone architecture, like the Maya, Aztec, and Inca did.  Their houses, temples, and shrines were built with wood and clay.

The Muisca were called the “Salt People” because they extracted halite from various salt mines on the Altiplano.

In 1602 the early Spanish colonizers found 150 mummies in a cave that was organized in a scenic circular shape. The mummy of the chief was in the center of the scene. Cloths and pots of food surrounded the mummies.

Since that time, many mummies and “mausoleums” from the Muisca indigenous groups have been found. Recently a new discovery was made of the mummy of a baby in a cave near Gámeza, Boyacá, together with a small bowl, a pacifier, and cotton cloths.

The mummies of the higher classes were decorated with golden earrings or noserings and with golden feathered crowns and emeralds.

The Muisca believed in an afterlife, so the mummies were buried surrounded by pots with food for their stay in another world. The highest regarded members of society were accompanied by their many wives, by slaves and their children.

The cultural practice of mummification continued into the colonial period. The youngest mummies have been dated to the second half of the 18th century. 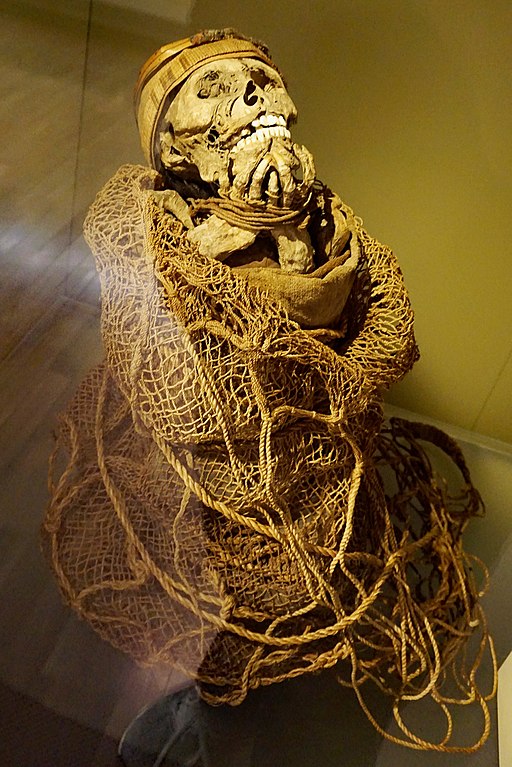 In the places reserved for the mummies, the bodies were put on a platform of reeds, as an elevated bed. Other mummies were placed on small wooden stools. The mummies were left there without being buried.

All the mummies found were in a similar sitting position with the arms and legs folded towards the torso. The fingers of the mummified persons were strapped together with cotton cords.

The warriors were richly decorated with emeralds, crowns, and fine clothes and bags of cotton. According to the Spanish, who made the first contact with the Muisca, some of the warriors carried mummies on their backs. This practice was used to impress the enemy and receive good fortune in battle.

When the first Spanish soldiers raided the Sun Temple in Sogamoso in 1537, they found mummies decorated with golden crowns and other precious objects sitting on raised platforms.

Mummification was a common practice in many South American cultures. The oldest evidence of mummification in the Americas is known from the Chinchorro culture in the Atacama Desert of northern Chile and has been dated at 7,000 years ago.

Franciscan priests described the use of substances to balm the body and the extraction of the organs in 1550. The process took eight hours to dry the body with a dusty balm after the intestines were extracted.

Another more convenient method of preparation of the mummies was more frequently used. The body would be dried using fire and smoke, and no extraction of organs would be performed.

The heat of the fire not only dried the body, but also the phenol liberated by the smoke would conserve the body and prevent it from decomposing.

The dried bodies were wrapped in various layers of cotton cloths, mostly painted. Emeralds were put in the mouths and to cover the eyes and bellybutton of the deceased. The ears and nose were covered with cotton cloths as well.

During the mummification rituals, the Muisca sang songs and drank chicha, a beer made typically from maize, for several days. 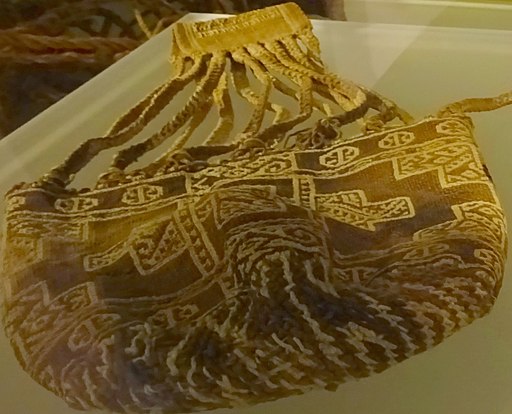 The Muisca are an indigenous people and culture of the Altiplano Cundiboyacense, Colombia. The early contributors to our knowledge about the Muisca were the Spanish conquistador, priest, and missionaries.

The Muisca Confederation was a loose confederation of different Muisca rulers in the central Andean highlands of present-day Colombia before the Spanish conquest of northern South America.

As one out of four advanced civilizations of the Americas, apart from the Aztec, Maya, and Incas.  The Spanish conquistadors first encountered the Muisca in 1537 at the time of the conquest.

In the centuries before the Spanish conquest, the Muisca were an advanced civilization of mainly farmers and traders. Their economy was based on agriculture, salt mining, trading, metalworking, and manufacturing.

The territory of the Muisca spanned an area of around 25,000 km2 (9,700 sq mi), and at the time of the Spaniard invasion, their territory had a large population. Estimates vary from half a million to up to three million inhabitants.

One of the most famous Muisca Artifacts is The Muisca Raft, which is also referred to as the El Dorado Raft. See: Muisca Gold Raft of the El Dorado Legend

In modern times, the population of the Muisca has drastically decreased to about 14 thousand Muisca people in Colombia.

What the Remains of the Muisca People Can Teach Us

The Original Mummies From Chile

“To die, to sleep –
To sleep, perchance to dream – ay, there’s the rub,
For in this sleep of death, what dreams may come…”
– William Shakespeare