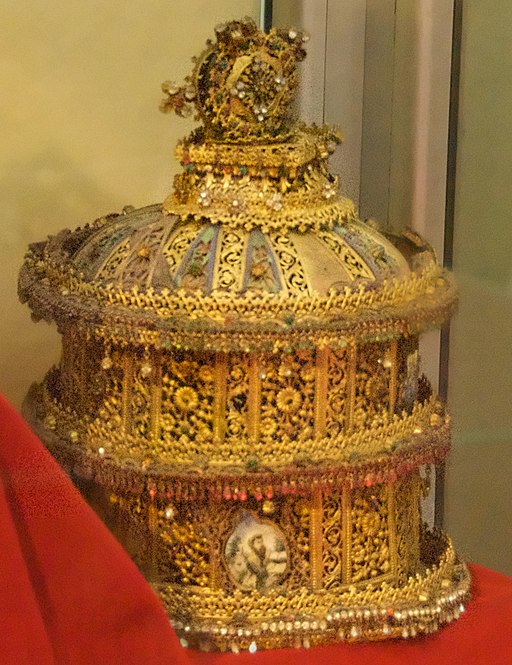 The Ethiopian Crown was worn by Emperor Menelik II (1844 – 1913) as Emperor of Ethiopia (1889 – 1913). Menelik claimed he was descended from King Solomon and the Queen of Sheba. At the height of his power, the process of the creation of the modern empire-state was completed with the expansion of the Ethiopian Empire territory.

Menelik was also famous for leading Ethiopian troops against the Kingdom of Italy in the First Italo-Ethiopian War, where Melenik scored a decisive victory at the Battle of Adwa. 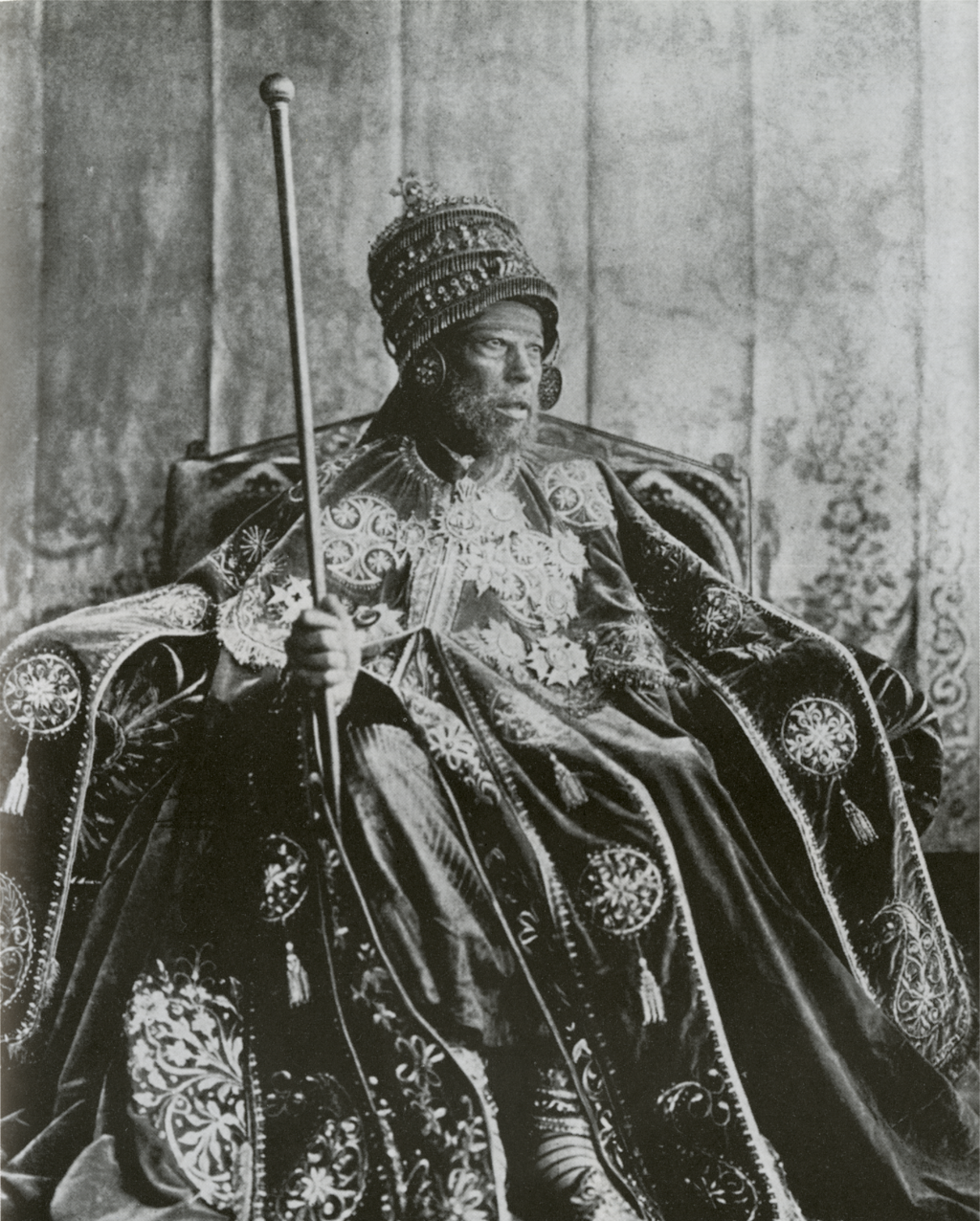 Emperor Menelik II on the throne with his Crown.

Ethiopia was transformed under Emperor Menelik and his victory over the Italian invaders earned him great fame and the recognition of Ethiopia’s independence by external powers was expressed in terms of diplomatic representation at his court.