“City Hall, Cape Town 1917” by Robert Gwelo Goodman shows the sizeable Edwardian building built in 1905 in the city center of Cape Town as the Town Hall for what was at the biggest city in Sout Africa.

It is located on the Grand Parade and is built from honey-colored oolitic limestone imported from Bath in England.

The City Hall no longer houses the offices of the City of Cape Town but has become a central venue for creative and cultural events. 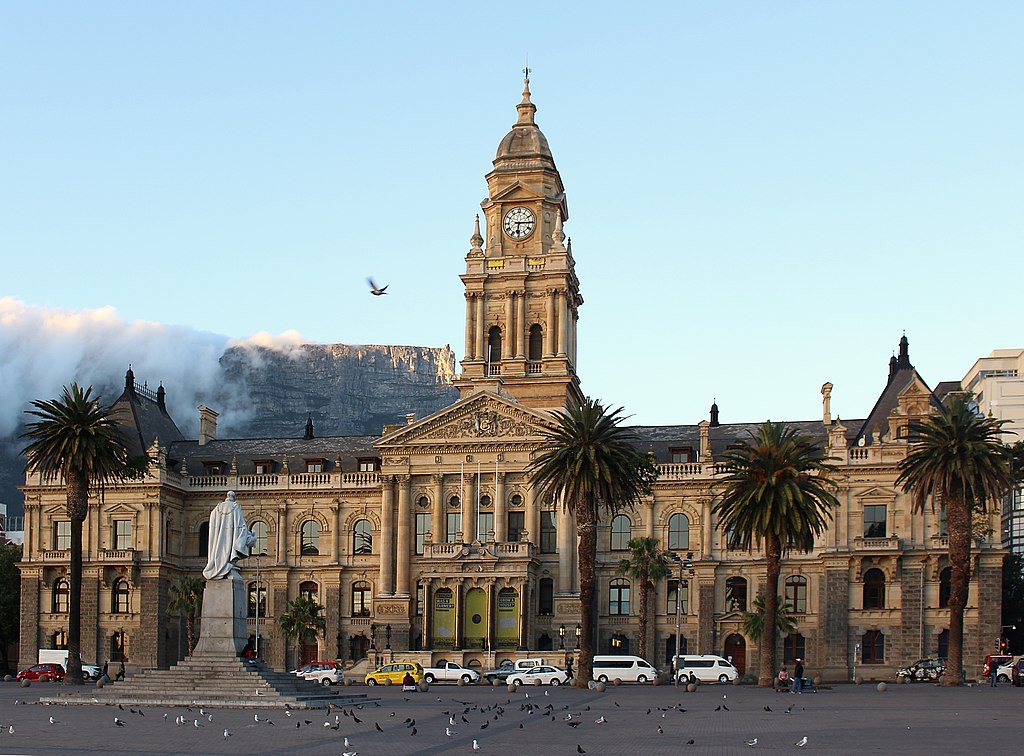 A more recent view of the City Hall