The artist, Wenning was a South African painter considered to be the progenitor of the style of Cape Impressionism. Wenning excelled at the quiescent landscape, nature at rest.

The memorial is situated at one of Rhodes’s favorite spots on the slopes of Devil’s Peak.

The magnificent view may have stirred Rhodes’s vision to champion the Cape to Cairo road, which was Rhodes’s grand imperial dream of a British colonial Africa for which Rhodes was its greatest champions.

Rhodes owned vast areas of the lower slopes of Table Mountain, most of which he gave to the nation on his death.

Part of his estate was used for the University of Cape Town upper campus, part of it is now the Botanical Gardens. 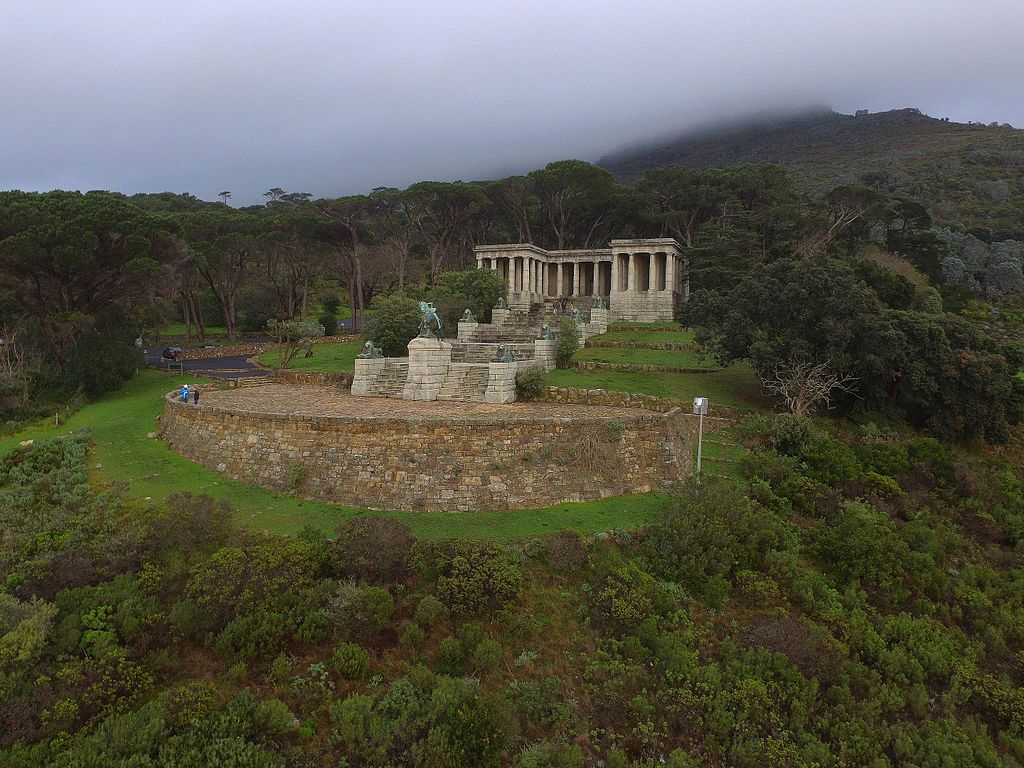 Today’s view of the Rhodes Memorial which sits on the side of Devils Peak Mountain above the University of Cape Town.

Pieter Wenning method was to complete a work en plein air and with his subject before him, however, he also prepared carefully beforehand as evidenced by his large number of studies, sketches, and unfinished drawings, he left behind.

The freshness and delicate atmospheric qualities of his best works were achieved by significantly detailed preparation.