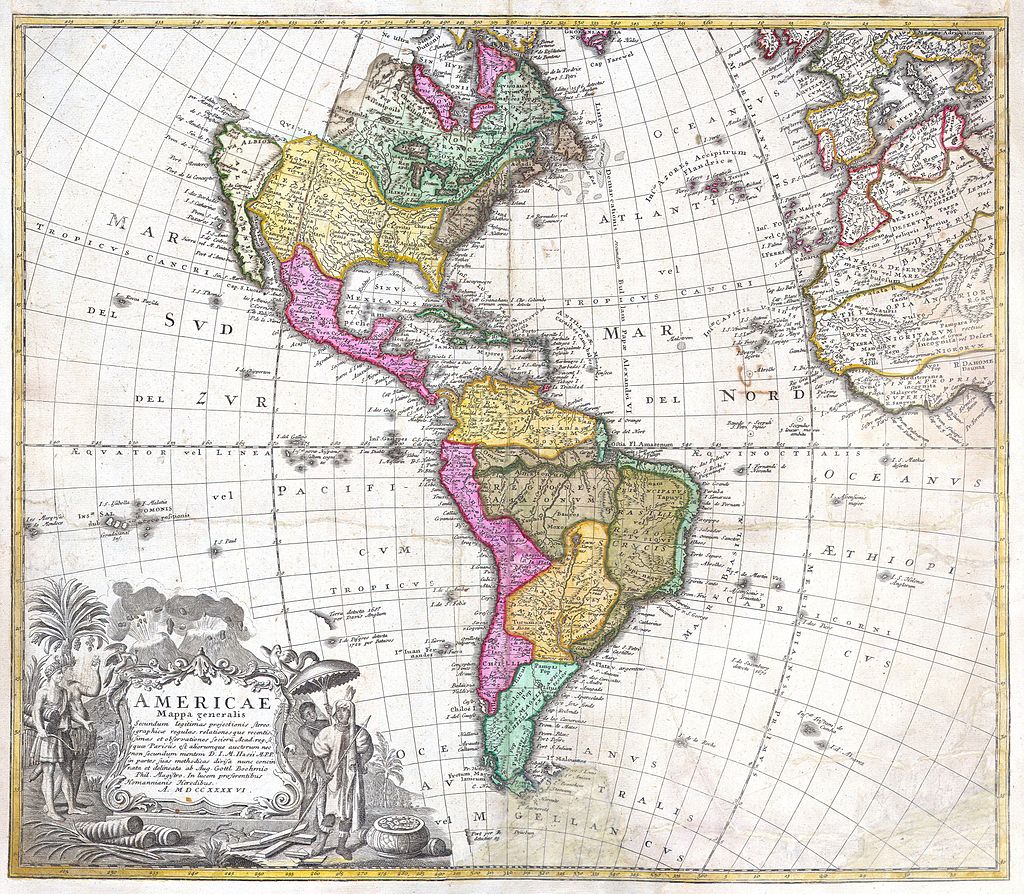 Museums in the Americas

The Americas encompass the continents of North America and South America and comprises the so-called New World from a European colonial perspective. Humans first settled the Americas from Asia between 42,000 and 17,000 years ago. The voyages of Christopher Columbus from 1492 to 1502 resulted in permanent contact and influence from Europe.

Following a long history of Revolution and Decolonization of the Americas, today, the people of the Americas resides in independent countries. The legacy of the colonization and settlement by Europeans is that the Americas share many common cultural traits, most notably Christianity and the use of Indo-European languages, primarily Spanish, English, Portuguese, and French.

This hand-colored map of North and South America, created in 1746. This map is the second issue of this map based on an earlier edition by J. B. Homann. The Map reflects the considerable advancement in American cartography of the time as well as the increasing knowledge of  America’s interior from explorations and colonisations.

The map precedes the French and Indian War, so the French are shown to dominate North American while the Spanish are preeminent in the south. At this time, the Pacific Northwest is mostly unexplored, but the map shows the mythical Northwest Passage. The map’s title cartouche in the lower left depicts two erupting volcanoes and several American Indians.

The Americas is the home of many unique and diverse cultures. America’s major cities host some unique and fascinating museums. Below is a list of some of the leading museums by significant countries that will be highlighted in “Joy of Museums.”

Museums in the Americas