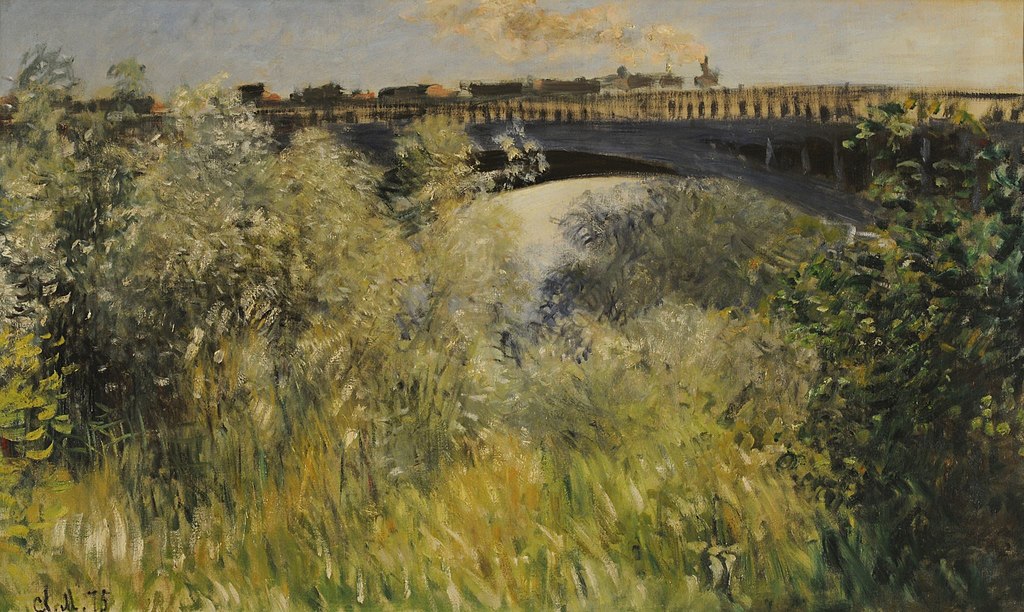 Le Pont de Argenteuil (The Argenteuil Bridge) by Claude Monet depicts a bridge with a steam train in the background, and the foreground is dominated by shades of green long grasses and trees.

This painting is a study of Monet’s impressionist style characterized by relatively small, thin, yet visible brush strokes, emphasizing a depiction of light in its changing qualities.

This painting is part of a series of pictures depicting the bridges of the Argenteuil region. From 1871 to 1878, Monet lived at Argenteuil, a village on the right bank of the Seine river near Paris, where he painted some of his best-known works.

In 1874, the year of the first Impressionist exhibition, Monet painted the Argenteuil Bridge seven times, and the railway bridge which spans the Seine, four times.

Monet adopted a method of painting in which he painted the same scene many times to capture the changing of light and the passing of the seasons. Monet is known for having produced a series of paintings, all versions of the same subject and perspective.

A Tour of Museums in South America

How to recognize Monet: The Basin at Argenteuil