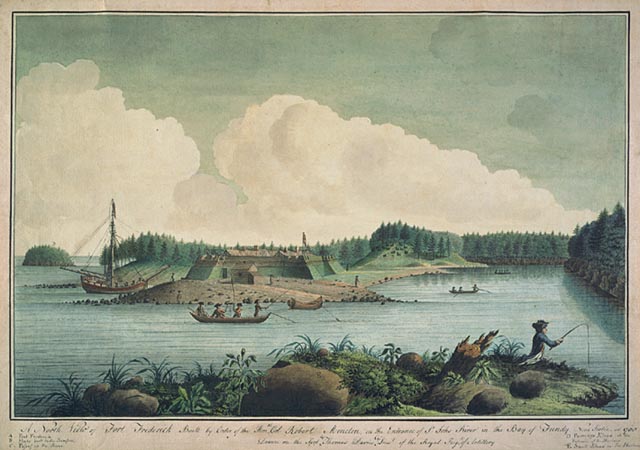 “A North View of Fort Frederick” by Thomas Davies

In this watercolor, we can see Fort Frederick, which was a British fort in Saint John, New Brunswick, Canada. It was built during the St. John River Campaign of the French and Indian War. Establishing Fort Frederick allowed the British to cut off the communications and supplies to the villages on the St. John River. Davies’ style combines the precision of a military artist’s accuracy with the skills of naturalists in capturing the natural environment.

Thomas Davies was a British Army officer, artist, and naturalist. He studied drawing and recorded military operations in water-colors during several military campaigns in North America. He later became a noted artist and naturalist.

A North View of Fort Frederick

Tour of Museums in Canada