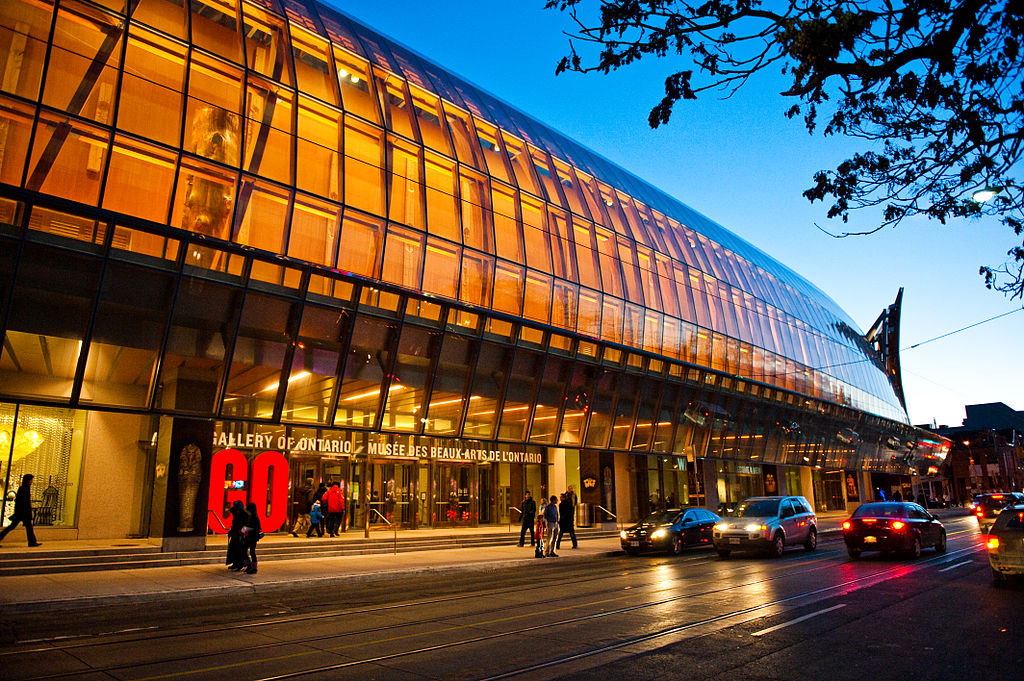 The Art Gallery of Ontario (AGO) collection includes an extensive collection of Canadian art, Renaissance and the Baroque masterpieces, European art, African and Oceanic art, and a modern and contemporary collection.

A Virtual Tour of Art Gallery of Ontario

“Massacre of the Innocents” by Peter Paul Rubens

“Massacre of the Innocents” by Peter Paul Rubens depicts an episode from the biblical Massacre in Bethlehem, as told in the Gospel of Matthew.

According to the Gospel, Herod the Great, the Roman appointed King of the Jews, ordered the execution of all male children two years old and under in the vicinity of Bethlehem.

He ordered this brutal act to protect himself from the loss of his throne to a newborn King of the Jews whose birth had been announced to him by the Magi.

In Matthew’s account, the Magi from the east go to Judea in search of the newborn king of the Jews, having “seen his star in the east.” King Herod directs them to Bethlehem and asks them to let him know who this king is when they find him.

They see Jesus and honor him, but an angel tells them not to alert Herod, and they return home by another way.

“I Am Half-Sick of Shadows, Said the Lady of Shalott” by John William Waterhouse

The scene shows the plight of a young woman from Arthurian legend, who yearned for the outside world but was isolated under a curse in a tower near King Arthur’s Camelot.

The lady wears a red dress, in a small dark room with Romanesque column windows. The Lady of Shalott was forbidden to look directly at the outside world.

She was doomed to view the world through a mirror and weave what she saw into a tapestry.

In this painting, Waterhouse shows the large round mirror, through which the Lady views the world. He also captures her yearning look as she sees a couple in the bottom right of the mirror.

“Daedalus and Icarus” by Anthony van Dyck shows Icarus’s father warning his son Icarus first of complacency and then of hubris as he points to his head.

Icarus is trying to impress on his youthful son not to be complacent and fly too low as the sea’s dampness would not clog his wings. He also warns Icarus of the hubris of flying too high to the sun where the heat will melt the wax in his wings.

Icarus drowned in the area which today bears his name, the Icarian Sea near Icaria, an island southwest of Samos, Greece

Thomson first visited Algonquin Park in 1912, venturing through the area on a canoe trip. Thomson’s transition from commercial art towards his original style of painting began to be apparent around this time.

Though not imposing in scale, the background is composed in an art-nouveau sensibility. It was painted in the last year of Thomson’s life and was one of his final works on canvas.

A Virtual Tour of the Museums in Canada

Map for Art Gallery of Ontario

The Art Gallery of Ontario (AGO) in Toronto – Ontario, Canada

“Patience is a tree whose root is bitter, but its fruit is very sweet.”
– Canadian Proverb