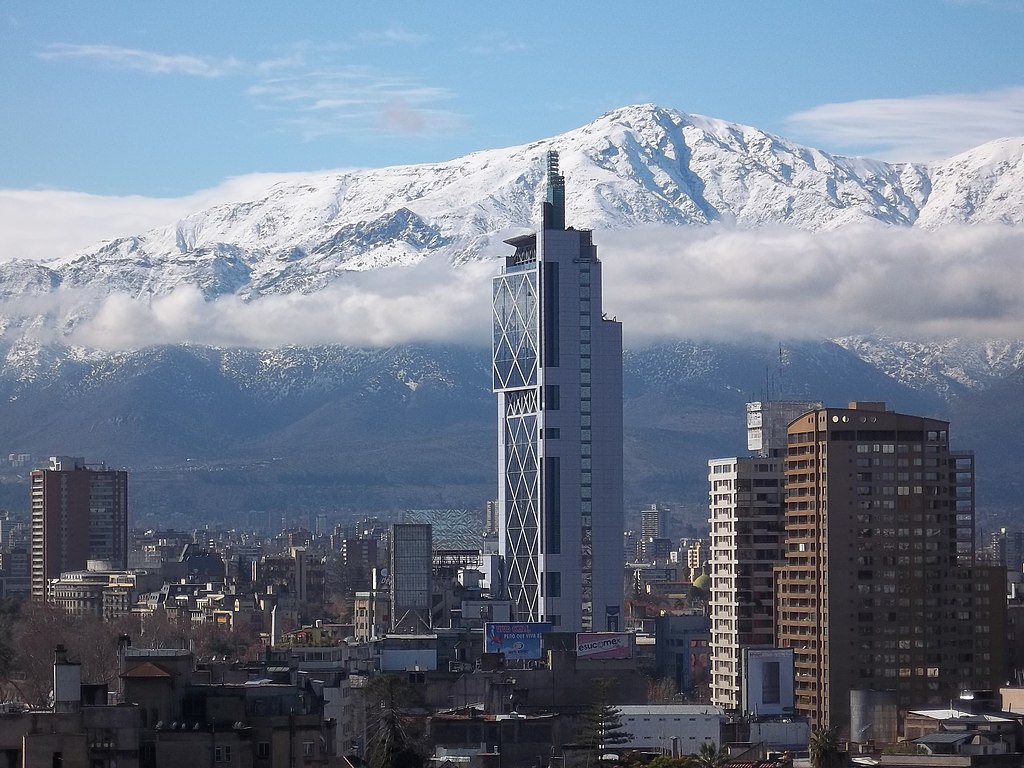 Santiago is the capital and largest city of Chile, as well as one of the largest cities in the Americas. Founded in 1541 by the Spanish, it was named after St. James and has been the capital city of Chile since colonial times. The city has a core of 19th-century neoclassical architecture and winding streets, dotted by art deco, neo-gothic, and other styles. Vineyards surround the city. It is also within a few hours of both the mountains and the Pacific Ocean.

The Chilean Museum of Pre-Columbian Art is an art museum dedicated to pre-Columbian artworks and artifacts from Central and South America going back on history up to 10,000 years. The museum’s collections include the major pre-Columbian culture areas of Mesoamerica, Intermediate / Isthmo-Colombian, Pan-Caribbean, Amazonia, and the Andean. The museum thousands of objects represent the many cultural groups from Central and South America.

The Chilean National Museum of Fine Arts is a significant center of Chilean art and South American art. Established in 1880, it is the oldest in South America.

The Santiago Museum of Contemporary Art had two separate sites: MAC Parque Forestal and MAC Quinta Normal Park. The museum specializes in modern and contemporary art and preserves a cultural heritage over 2,000 pieces and documents.

The Chilean National Museum of Natural History (Museo Nacional de Historia Natural or MNHN), founded in 1830, is one of the oldest natural history museums in South America. Starting the biology and geography of Chile, the museum later added botany, zoology, and mineralogy.

The Archaeological Museum of Santiago is an archaeology museum that features cultural objects such as clothing, hats, jewelry, and baskets from Chile, dating as far back as 1000 BC.

The Museum of Memory and Human Rights is dedicated to commemorating the victims of human rights violations during the civic-military regime led by Augusto Pinochet between 1973 and 1990. It was inaugurated in 2010 and formed part of government works celebrating the bicentennial of Chile.

Few historical buildings from the colonial period remain in the city, because earthquakes have regularly damaged Santiago. The few surviving colonial buildings include the Casa Colorada (1769), the San Francisco Church (1586), and Posada del Corregidor (1750). Other buildings of historical and architectural significance include: