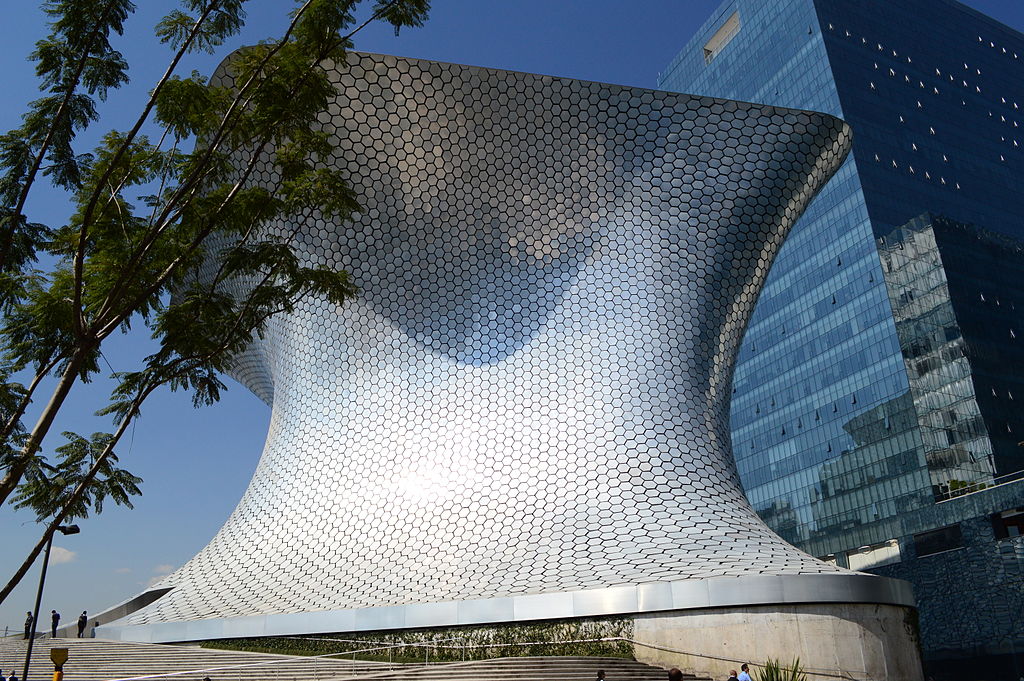 The Museo Soumaya is a non-profit cultural institution with two museum buildings in Mexico City – Plaza Carso and Plaza Loreto.

It has over 66,000 works including from Pre-Hispanic Mesoamerica, 19th- and 20th-century Mexican art, and an extensive collection of European classic art and masters of modern western art.

A Virtual Tour of the Museo Soumaya

Highlights Tour of the Museo Soumaya

“Woman Washing” by Edgar Degas depicts a female bather washing the back of her neck with a washcloth.  This pastel drawing is part of a series of drawings, preliminary sketches in pastels and oils by Degas that depict women bathing.

Degas often used sketches as a preliminary step to study the light and the composition for his paintings. This work is part of a series of drawings in pastels which depict women bathing, some showing women in awkward, unnatural positions.

Degas, said, he intended to create a feeling in the viewer: “as if you looked through a keyhole.”

Degas examined the human figure with its many nuances and possibilities in his series of nude bathers.

Degas set up tubs and basins in his studio and asked his models to go through their usual routines during their baths and personal care.

He captured them in their natural poses and from different perspectives to revealed new possibilities in his composition. Degas has created an intimate and spontaneous piece of art that captures the dynamic act of bathing.

“Collette’s House in Cagnes” by Pierre-Auguste Renoir was painted by Renoir at the age of just over 70-year-old, during a time when Renoir lived at a farm on the hill Les Collettes in Cagnes-sur-Mer, the area he lived in until his death.

The warm of Renoir’s style made his paintings some of the most famous works in the history of art. Renoir used the trees as a visual screen to integrate the foreground and background space.

“The Virgin and the Child in a Niche” by Sandro Botticelli

“The Virgin and the Child in a Niche” by Sandro Botticelli portrays the Madonna and Child in an intimate and playful composition.

Botticelli’s Virgins are always beautiful, in the same idealized way as his mythological figures, and often richly dressed in a contemporary style.

In this version, we can see the Madonna tickling the Child with the forefinger of her right hand, and the Child’s toe appears to respond in a very naturalistic way to his mother’s playful gesture.

Paintings of the Virgin Mary and infant Jesus were enormously popular in 15th-century Italy. Botticelli and his workshop produced many “Virgin and the Child” art pieces in different compositions and several versions, often with the elements other than the Virgin and Child different.

When interest in Botticelli’s art revived in the 19th century, it was initially mainly in his Madonnas, which then began to be forged on a considerable scale.

“The Tears of Saint Peter” by El Greco

El Greco was born in Crete, which at that time was part of the Republic of Venice and the center of Post-Byzantine art.

He trained and became a master of Byzantine art before traveling to Venice to work; then he moved to Rome, where he opened a workshop and executed a series of works.