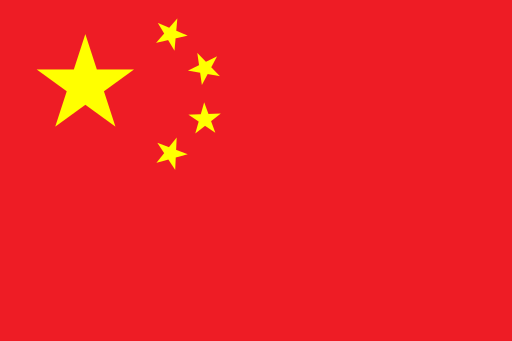 Chinese Proverbs are traditional and straightforward saying that expresses a truth based on common sense or experience. Some Chinese proverbs exist in other Asian languages because people share with cultures similar to theirs. The popularity of Chinese proverbs is due to the universality of their meaning and because most people can relate to them in some way and on some level.

“The best time to plant a tree was 20 years ago. The second best time is today.”

“Patience is a bitter plant, but its fruit is sweet.”

“Better the cottage where one is merry than the palace where one weeps.”

“There are two kinds of perfect people: those who are dead, and those who have not been born yet.”

“A journey of a thousand miles begins with a single step.”

“A smile will gain you ten more years of life.”

“Better to light a candle than to curse the darkness.”

“Better a diamond with a flaw than a pebble without one.”

The flag of China is a red with five golden stars. The design features one large star, with four smaller stars in a semicircle. The red represents the communist revolution; the five stars and their relationship represent the unity of the Chinese people under the leadership of the Communist Party of China (CPC). The first flag was raised by the People’s Liberation Army (PLA) on a pole overlooking Beijing’s Tiananmen Square in 1949, at a ceremony announcing the establishment of the People’s Republic of China.

“Habits are cobwebs at first; cables at last.”
– Chinese Proverbs