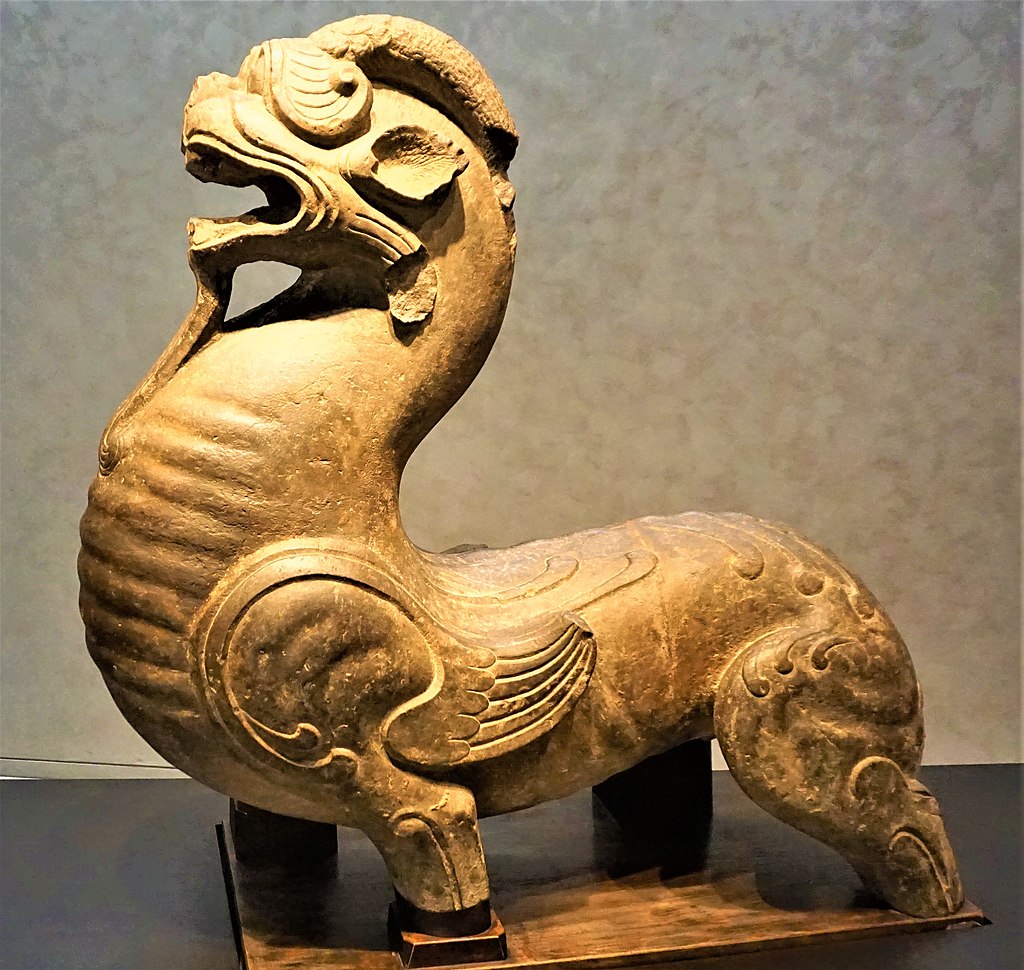 This Bìxié Winged Divine Beast is a Chinese mythical hybrid creature and is considered a powerful protector of practitioners of Feng Shui. A Bìxié is the female version of a Pixiu and resembles a strong, winged lion. Pixiu have feathered wings, a head like a dragon and a body like a lion. Traditionally to the Chinese, Pixiu has always been regarded as auspicious creatures that possessed mystical powers capable of drawing wealth from all directions. According to the Chinese zodiac, it is especially helpful for those who are going through a bad year.

Feng Shui originated in China and claims to use energy forces to harmonize people with their surrounding environment. The term feng shui translates as “wind-water” in English. The feng shui practice views architecture in terms of “invisible forces” that bind the universe, earth, and humanity together.

Historically, Feng Shui was widely used to orient buildings in an auspicious way. A promising site could be determined by reference to local features such as bodies of water, or stars, or the compass.

“After you – is good manners.”
– Chinese Proverb