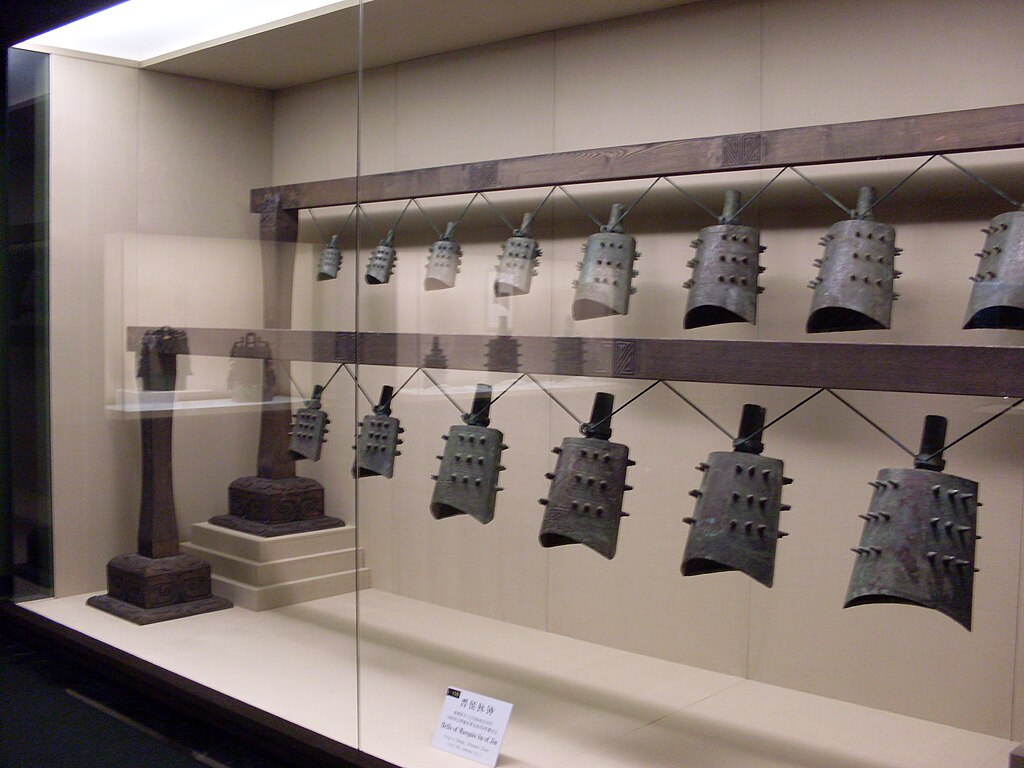 Bian Zhong or Bianzhong is an ancient Chinese musical instrument consisting of a set of bronze bells, played melodically. Sets of chime bells were used as polyphonic musical instruments and some of these bells have been dated 3,600 years old. They were hung in a wooden frame and struck with a mallet.

The Bian Zhong of Su, Marquis of Jin consists of 16 bronze bells varying in size from the largest at 52cm high to the smallest 22cm high. A total of 355 characters were engraved on these Bian Zhong with sharp tools. The inscriptions tell the story of Marquis Su of the Jin State receiving orders from the King of the Zhou State to attack “Su Yi” in 846 B.C. This set of Bian Zhong bells were originally unearthed from Marquis Su’s tomb in Shanxi Province in the early 1990s.

Several sets of bianzhong were imported to the Korean court during the Song Dynasty. Pronounced in Korean as pyeonjong, the instrument became an important part in Korea’s ritual and court music and is still in use. Similar bell instrument’s in Japan are pronounced henshō in Japanese.

“It is easy to find a thousand soldiers, but hard to find a good general.”
– Chinese Proverb