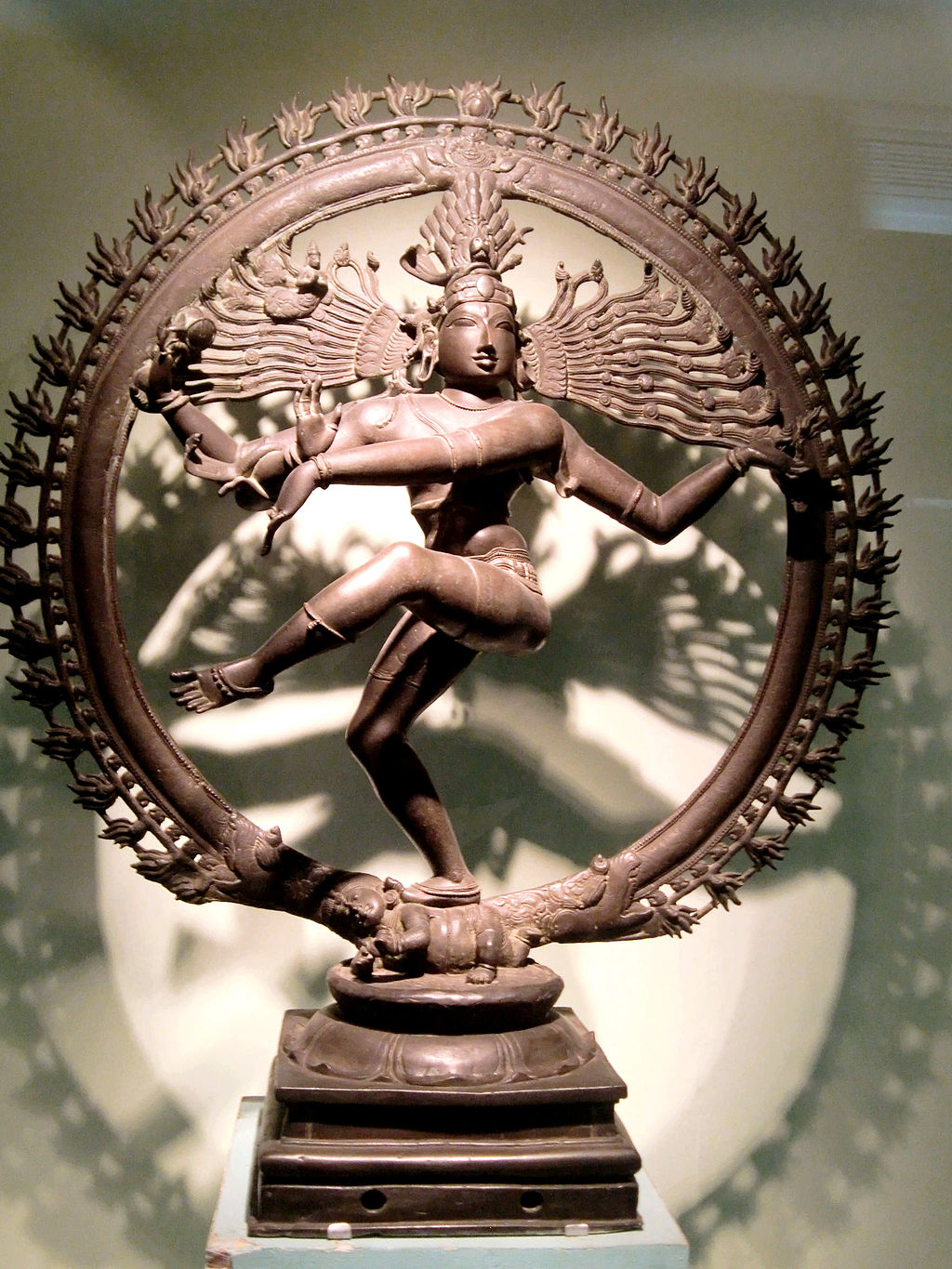 Nataraja is a massive yet elegant statue represents Shiva, passionately engaged in ecstatic dance. This form of Shiva’s image is known as Nataraja in iconographic tradition, and the dance, as ‘Ananda-tandava.’

Perfected anatomical proportions and distinct features define the image of the great Lord. The sculpture was cast in bronze and anodized in deep copper tint, and it represents Shiva as the Lord of Dance.

It combines in a single image the great Hindu god Shiva’s roles as creator, preserver, and destroyer of the universe and conveys the concept of the never-ending cycle of time.

Shiva’s dance is set within a flaming circle of fire. The god holds in his upper right hand, the act of creation, the hand drum that made the first sounds of creation.

His top left-hand holds the fire that will destroy the universe, representing the act of destruction. With his lower right hand, the action of protection, he makes the gesture that diminishes fear.

The figure being trampled by his right foot represents the illusion, which leads humanity astray. Shiva’s front left hand, pointing to his raised left foot, signifies refuge and release for the troubled soul.

The energy of his dance makes his hair fly to the sides.

Just like the art of medieval Europe, the art of India was devoted to the service of religion. The spiritual experience was enhanced by meditating on works of art.

This elegant bronze statue of Shiva in its original Temple location would have awed and inspired a Hindu devotee.

The three gods of the Hindu trinity are Brahma the Creator, Vishnu the Preserver, and Siva the Destroyer and Restorer.

The Tamil sculptors of the Chola dynasty (880–1279) realized Shiva, the Dancer in his most complete and graphic form and one which has become symbolic of Indian civilization.

Siva, as represented in this vital work of art, is perfectly poised and depicts Siva’s grace and majesty.

In 1921, the French sculptor Auguste Rodin wrote that the sculpture of Shiva as the Lord of Dance has:

“what many people cannot see—the unknown depths, the core of life. There is grace in elegance, but beyond grace, there is perfection.”

The English philosopher Aldous Huxley said in 1961 that the Hindu image of God as a dancer is unlike anything he had seen in Western art:

“We don’t have anything that approaches the symbolism of this work of art, which is both cosmic and psychological.”

Shiva Nataraja – Lord of the Dance

Shiva Lord of the Dance