Virtual Tour of the Toyota Museum 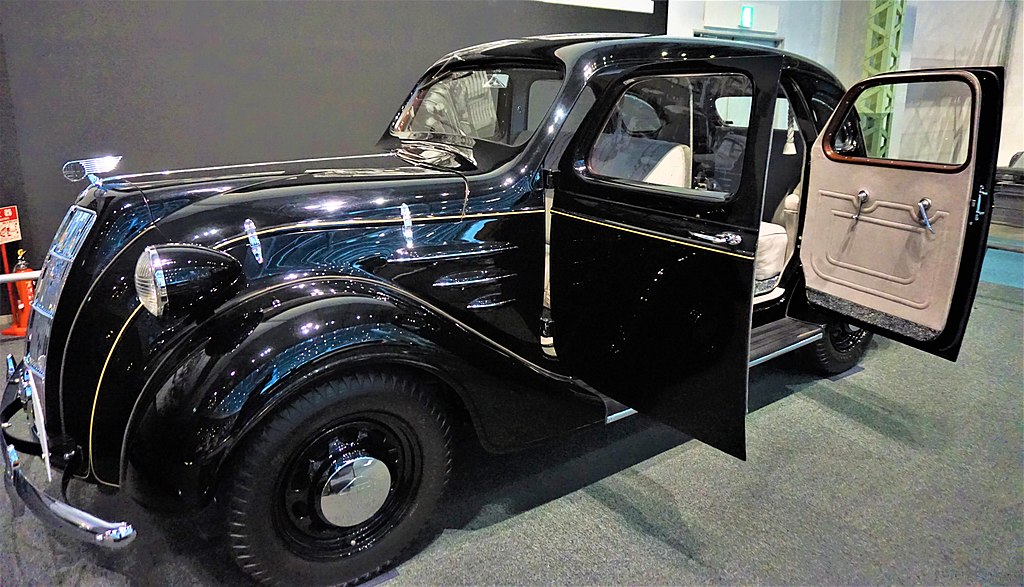 This Toyota Sedan Model AA vehicle is a replica of the first 1936 passenger car, originally manufactured and sold under the name “Toyoda” (トヨダ).

The name was derived from the family name of the company’s founder, Kiichirō Toyoda.

Later that year, “Toyota” (トヨタ) was selected as the new company name, which was registered in 1937 as the Toyota Motor Company.

The AA was a fully enclosed 4-door sedan with a metal body on a metal ladder chassis. The rear doors opened backward as suicide doors.

A “suicide door” is the slang term for an automobile door hinged at its rear rather than the front.

The nickname is mainly due to the design’s propensity to injure anyone entering or exiting if the door is hit by a passing vehicle. 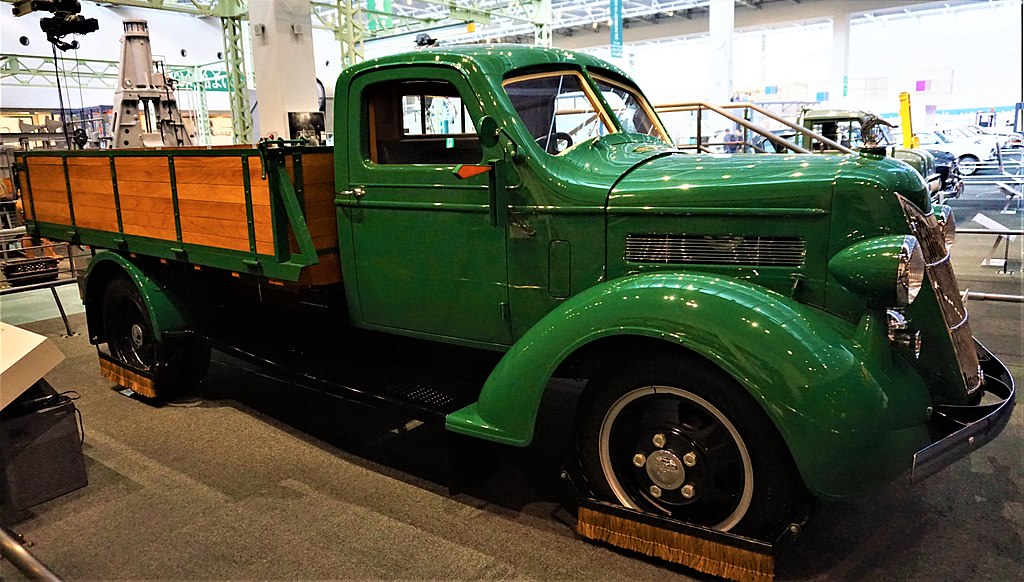 This Toyota Truck G1 Model is a replica of the first 1935 truck, originally manufactured and sold under the name “Toyoda” (トヨダ). 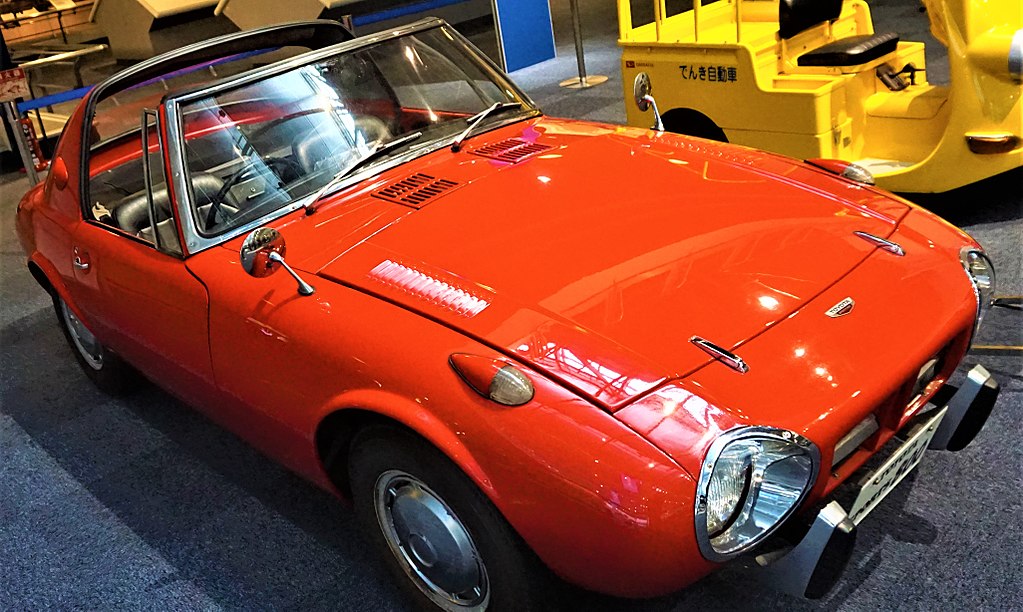 The Toyota Sports 800 is an example of the first production sports car made by Toyota, featuring a space-age sliding canopy.

The car went into production in 1965 and was a lightweight and agile machine. Weight was kept down by using aluminum and thin steel in construction.

Sakichi Toyoda invented this Non-Stop Shuttle Change Toyoda Automatic Loom. He was a leader of the Japanese industrial revolution and founder of Toyota Industries Co., Ltd.

His most famous invention was this automatic power loom, in which he implemented the principle of autonomous automation.

Sakichi Toyoda (豊田 佐吉, 1867 – 1930) was a Japanese inventor and industrialist, the son of a poor carpenter, Toyoda became one of the most prominent Inventors in Japan.

Toyoda developed the concept of 5 Whys: When a problem occurs, ask the question “why” five times to solve the problem effectively.

This quality concept is used today as part of lean methodologies to solve problems, improve quality, and reduce costs.

Toyoda Boshoku Corporation was founded by Sakichi Toyoda in 1918, as a textile company. Looms were built on a small production line.

In 1929, the patent for the automatic loom was sold to the British company, generating the starting capital for automobile development.

The production of Toyota automobiles started in 1933 as a division of Toyoda Automatic Loom Works under the direction of the founder’s son, Kiichiro Toyoda.

Vehicles were initially sold under the name “Toyoda” (トヨダ), but in 1936 “Toyota” (トヨタ) was selected because it took eight brush strokes (a lucky number) to write in Japanese, was visually simpler and easier to pronounce.

The newly formed word was trademarked, and the company was registered in 1937 as the Toyota Motor Company. 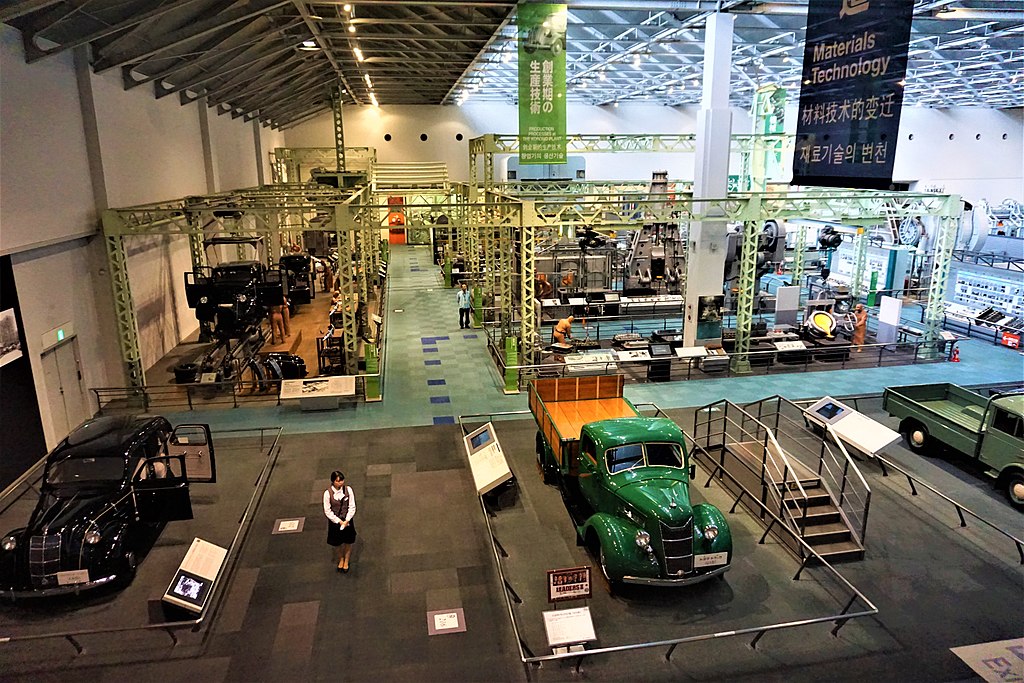 Virtual Tour of Museums in Japan