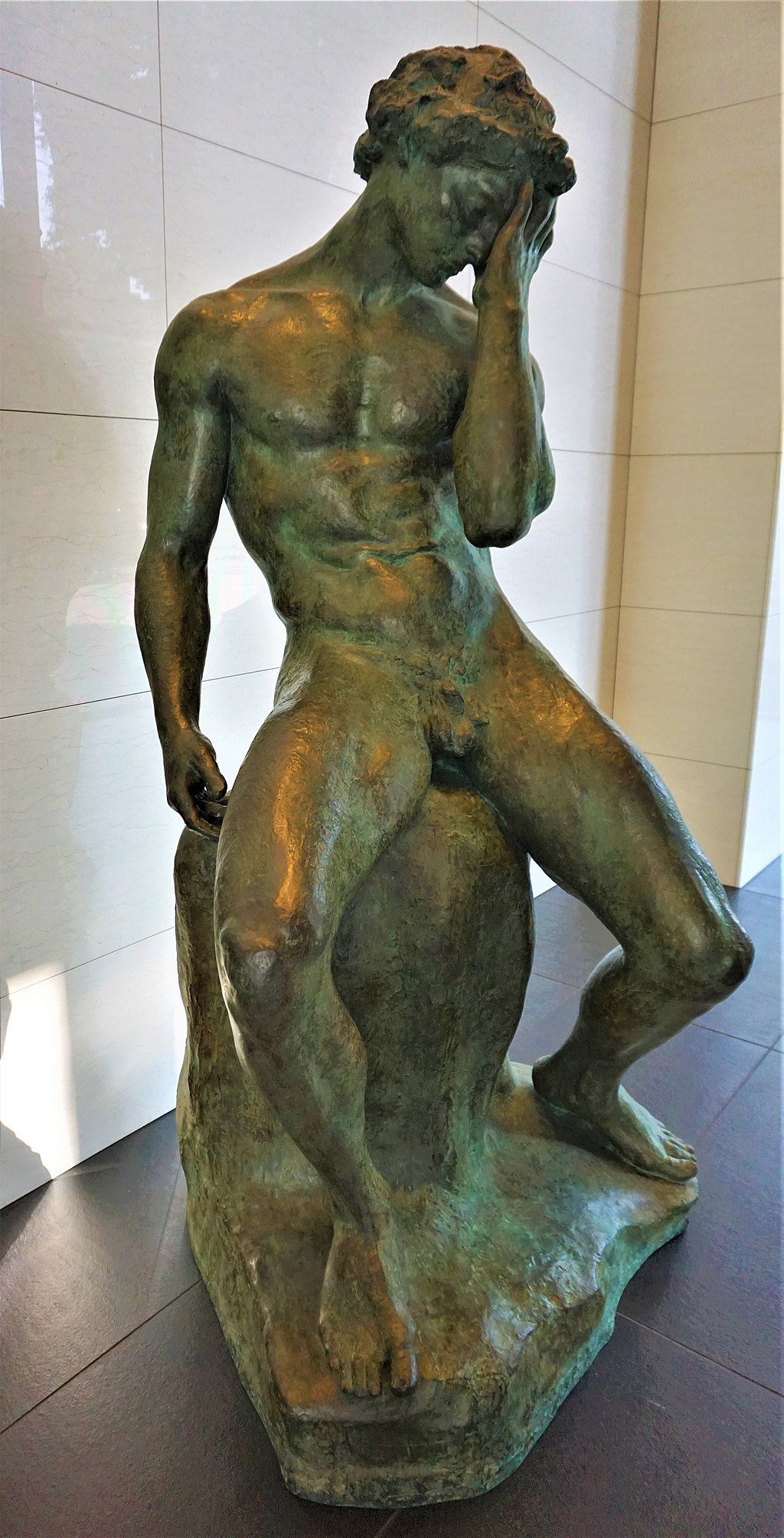 “Adam” by Antoine Bourdelle is a bronze statue created in 1889 and follows a long tradition of depicting Adam in all forms of art. Adam is the name associated with the first man created by God.

The name has been used in the arts to symbolize the collective sense for “humanity” and individually as “a human.”

Adam is the name used in the opening chapters of the Book of Genesis for the first man created by God, from “adamah” the Biblical Hebrew word for earth. Genesis 1-8 expands on the bond between God and man.

It includes the story of how Adam is estranged from paradise through his disobedience.

In Islamic traditions, Adam (Arabic: آدم) was created from a handful of earth taken from the entire world, which explains why the people of the world are of different colors.

Antoine Bourdelle was an influential and prolific French sculptor, painter, and teacher.

He became one of the pioneers of 20th-century monumental sculpture, and Auguste Rodin became a great admirer of his work, and in 1893, Bourdelle joined Rodin as his assistant.

He became a favorite teacher, and many future prominent artists attended his classes, and thus, his influence on sculpture was considerable.

A Tour of the Yamazaki Mazak Museum of Art

“The secret of art is love.”
– Antoine Bourdelle