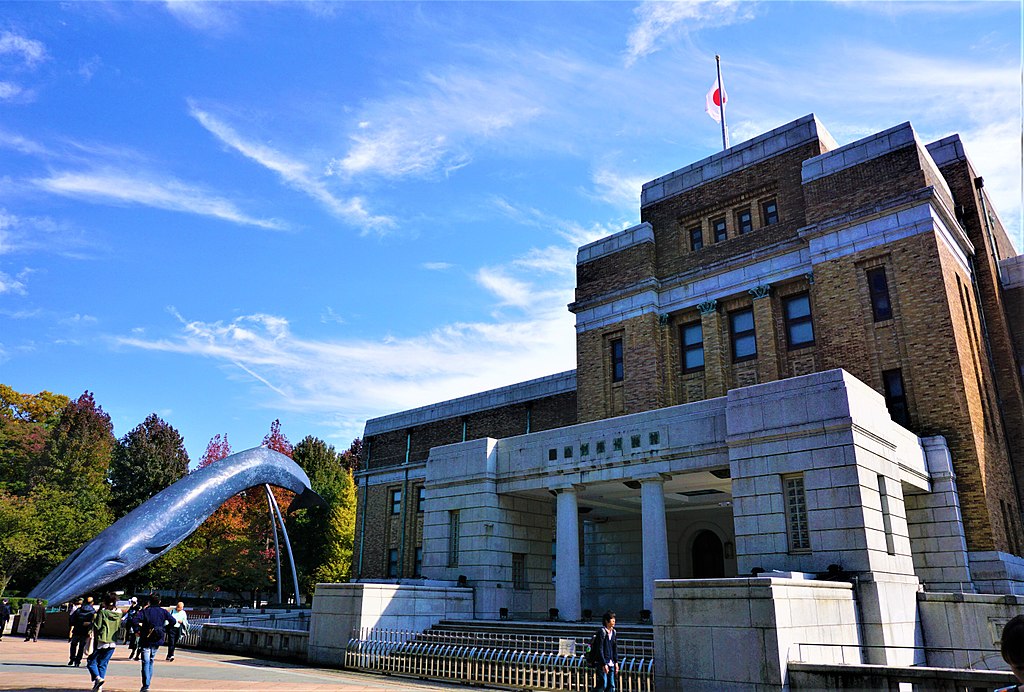 A Tour of National Museum of Nature and Science, Tokyo

Highlights of National Museum of Nature and Science, Tokyo 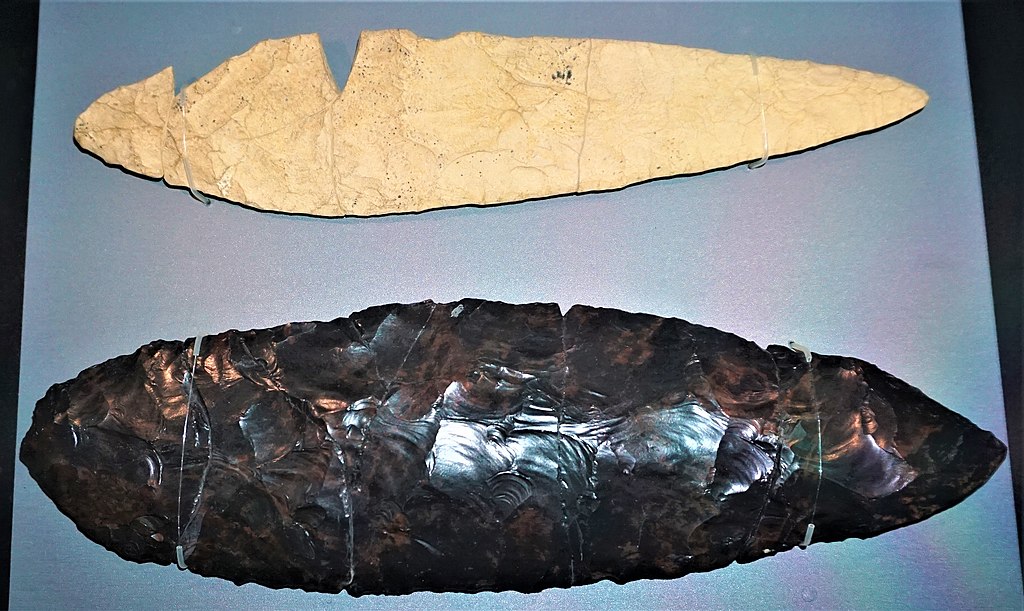 These Stone Tools provide the evidence and dating for the first Homo sapiens in Japan, were made during the Japanese Paleolithic period that lasted from around 40,000 BCE to 14,000 BCE. The Paleolithic age is a prehistoric period of human history distinguished by the development of the most primitive stone tools.

These Stone Tools were found in Hokkaido, which is the second-largest island of Japan, located in the very north of Japan. It is believed that people first inhabited Hokkaido more than 30,000 years ago. Land bridges, created during glacial periods when the world sea level is lower, have periodically linked the Japanese archipelago to the Asian continent. Some of the first inhabited came from Siberia hunting food and game-like mammoths. Other early migrations came from southern regions via the Korean Peninsula or from southern islands. They all brought with them stone tool-making techniques and laid the foundation for Paleolithic culture in Hokkaido.

Chipped stone tools are made from cryptocrystalline stone materials. The process is a simple form of reduction by striking stone flakes from a core of material utilizing a hammerstone. Reducing the core to a rough unifacial or bifacial preform, which is then further reduced using soft hammer flaking techniques.

More complex forms of reduction can produce highly standardized blades, which can then be fashioned into a variety of tools such as scrapers, knives, sickles, and microliths. In general terms, chipped stone tools are nearly ubiquitous in all pre-metal-using societies because they are easily manufactured, the tool stone is usually plentiful, and they are easy to transport and sharpen. 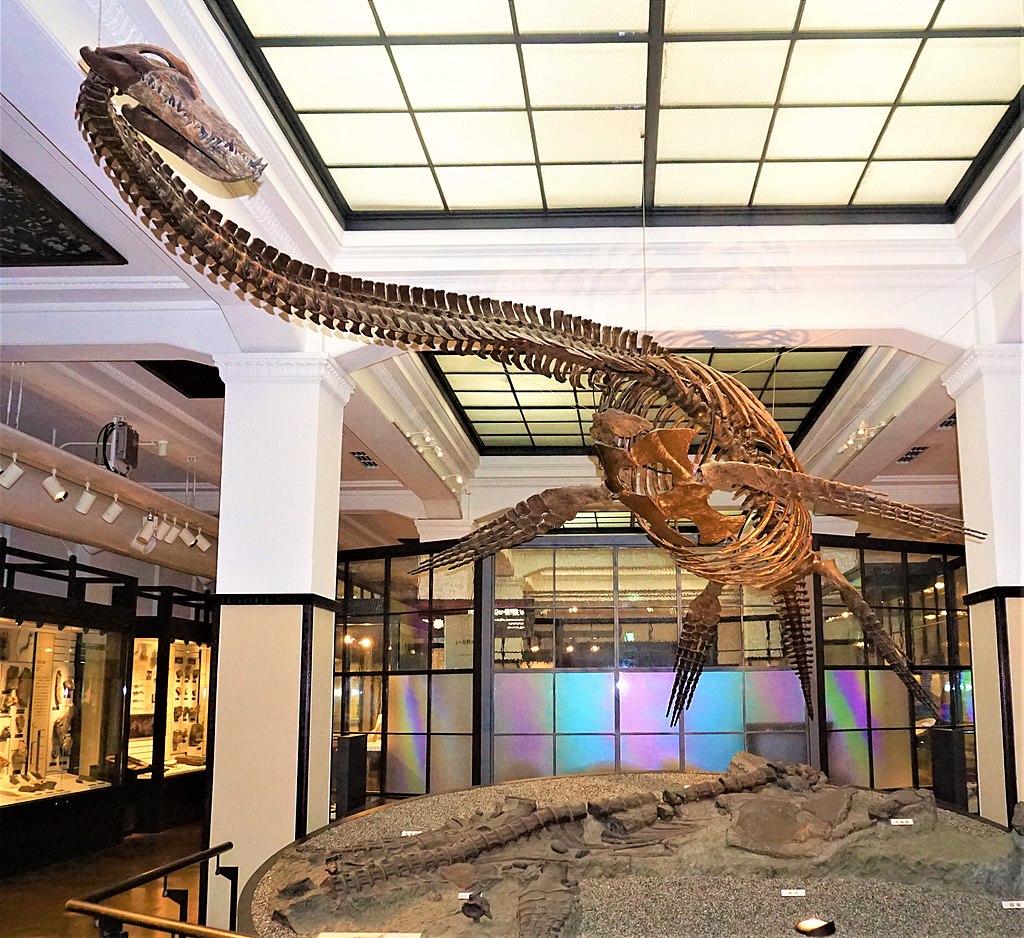 This Futabasaurus Suzuki is a reconstructed skeleton of the first-ever discovered fossil examples from the Plesiosaurs family found in Japan. The rocks in which it was found date to the early Santonian age of about 85 million years ago. Tadashi Suzuki found the fossils, a high school student, and the species name is derived from his family name, Suzuki.

About 70% of the fossil skeleton is preserved, and it is one of the most complete fossils discovered in Japan. It was exposed along the Ohisa River in Iwaki City, Fukushima. 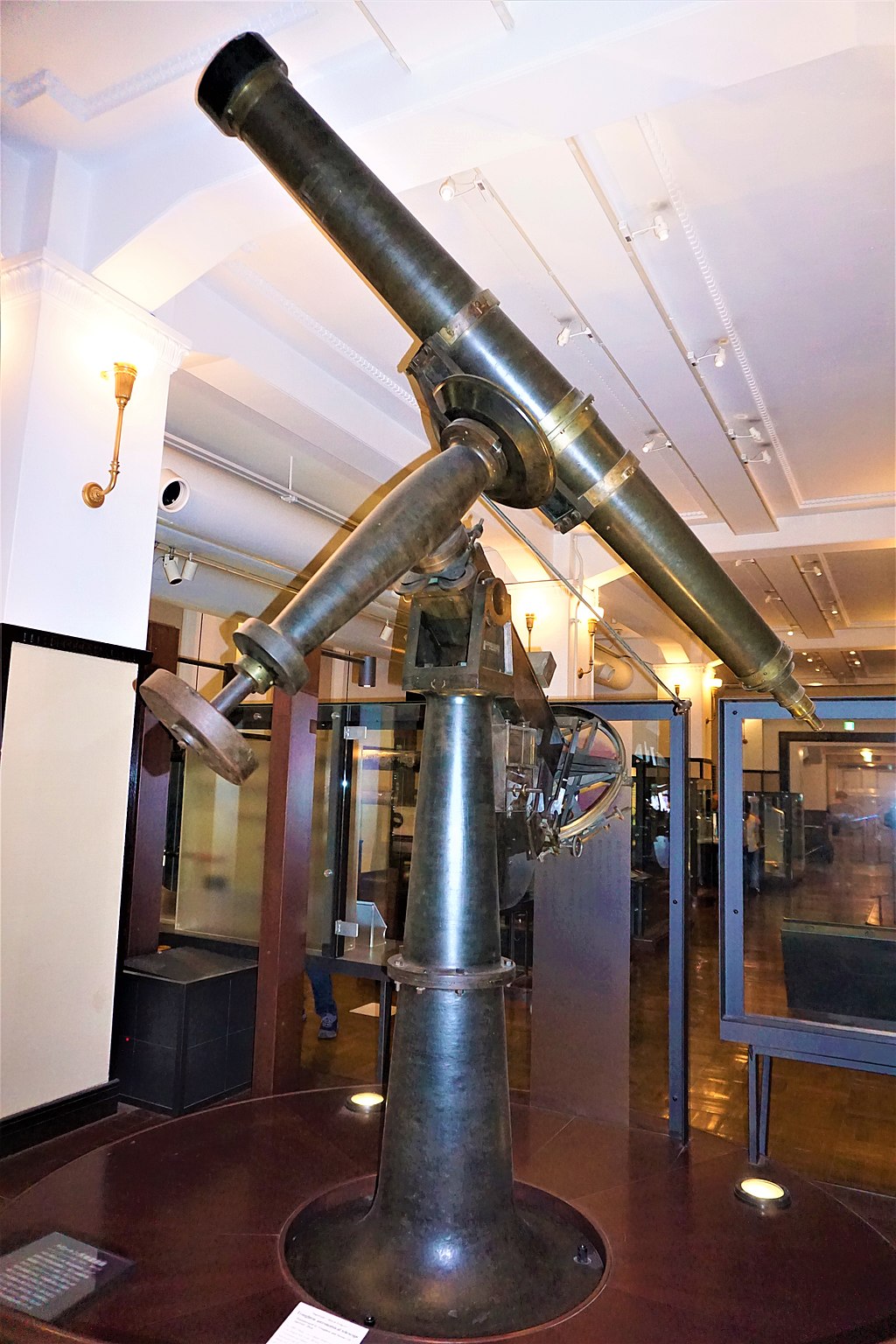 This Troughton & Simms Astronomical Telescope was the first astronomical telescope in Japan. It was imported from Britain in 1880 to be used in the Tokyo Astronomical Observatory and was used for observation and education.  It is an equatorial refracting telescope with an aperture of 20cm. The body and mount are made of cast iron, and the movable parts are made of brass.