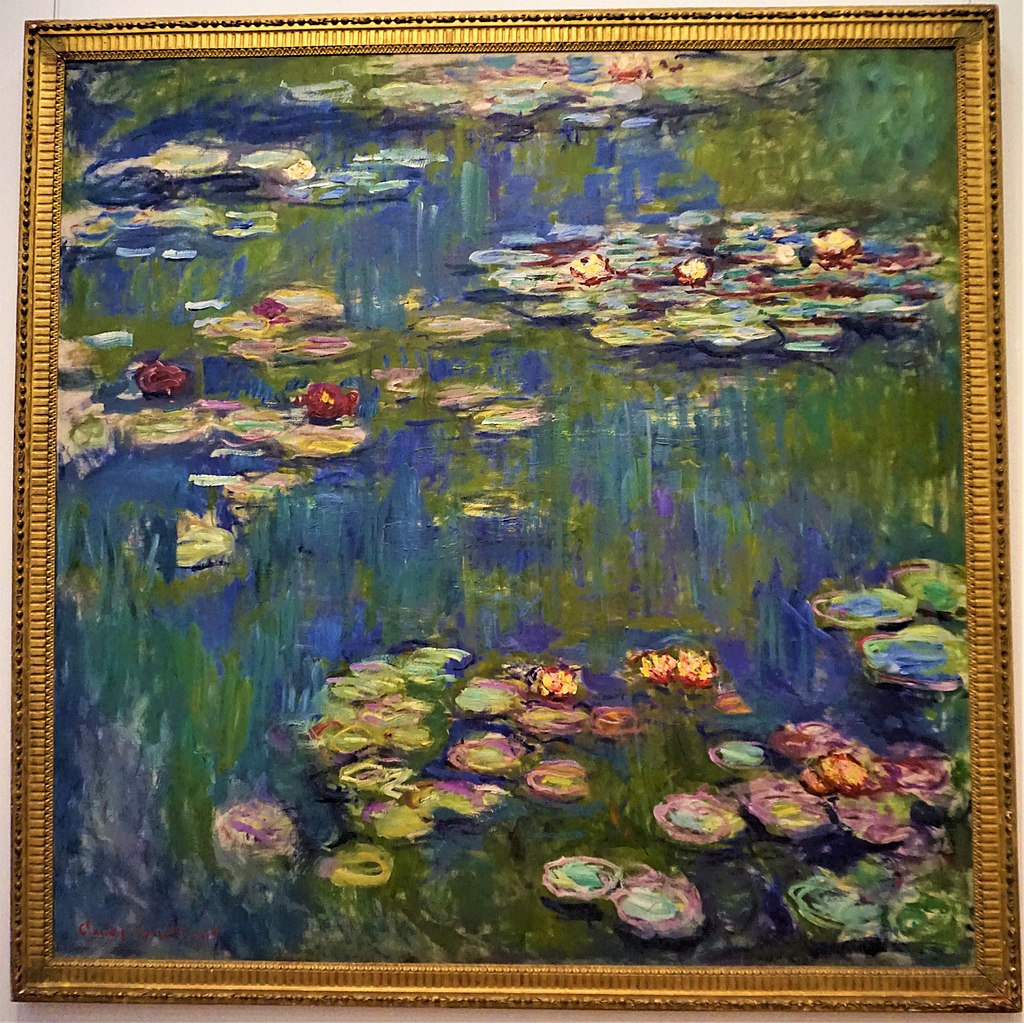 “Water Lilies” by Claude Monet portrays the waterlily pond, from Monet’s garden in Giverny, with the sky and sun reflecting off the lily pond.

Monet attempted to capture the continually changing qualities of light, color, water, sky, and lilies by dissolving all the elements into:

“a peaceful meditation in the center of a flowering aquarium.”

The constant changes in the water surface, based on the direction of the sun during the day, the changing seasons, and the changing weather continued to sustain Monet’s interest in his water lilies pond.

This painting depicts Monet’s flower garden at his home in Giverny.

The garden and pond were the main focus of Monet’s artistic production during the last thirty years of his life. Many of these works were painted while Monet suffered from cataracts.

His “Water Lilies” paintings can be found in many museums across the globe. 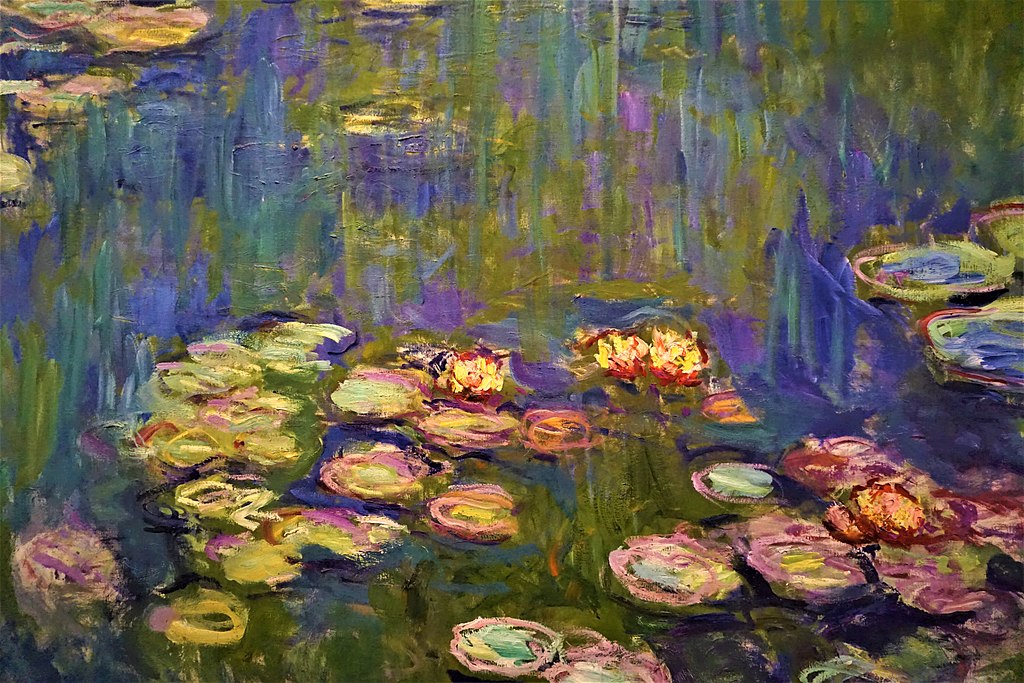 Close-up details of this work, which was created nearly twenty years after he started his water lilies series of paintings

Oscar-Claude Monet was a founder of French Impressionist painting, and the term “Impressionism” is derived from the title of his painting, “Soleil Levant” or “Impression, Sunrise,” which was exhibited in 1874.

Monet is known for having produced a series of paintings on versions of the same subject and perspective.

In 1899 he began painting the water lilies, first with a Japanese bridge as a central feature, and later in the series of large-scale paintings, with the water lilies as the main feature.

This series occupied him for the last 20 years of his life.

Highlights of the National Museum of Western Art, Tokyo

“It took me time to understand my waterlilies.
I had planted them for the pleasure of it;
I grew them without ever thinking of painting them.”
-Claude Monet