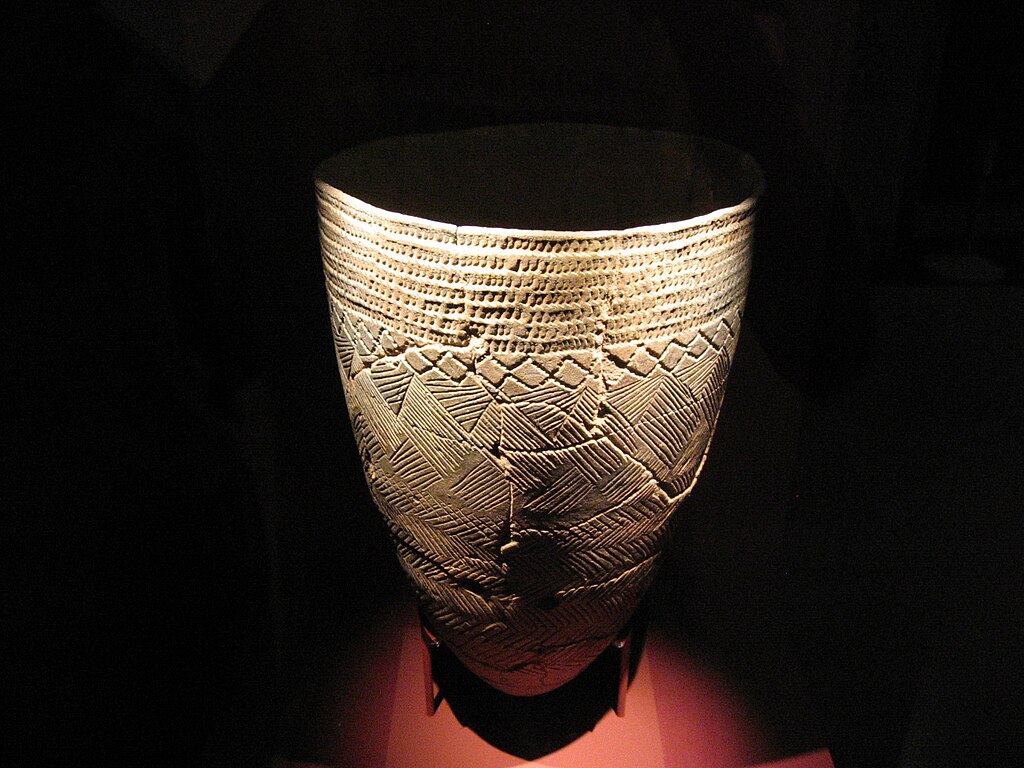 This Comb-Pattern Pot is the so-called comb-pattern Pottery, which has a round base and is decorated with the distinctive incised or impressed linear patterns that give this pot its name.

It is typical of the Neolithic pottery in Korea, which is made of handcrafted clay fired in open or semi-open pits and used for preparing and storing food.

This particular example of comb-pattern pottery was excavated from the prehistoric settlement site in Seoul. With a wide mouth and narrow base, and the surface is decorated with engraved lines and dots forming geometric patterns.

Both the form and the motifs that characterize this type of pottery are unique to Korea.

This example was created during the Jeulmun Pottery Period, which is an archaeological era in Korean prehistory broadly spanning the period of 8000–1500 BC.

The Jeulmun pottery period is named after the decorated pottery vessels that form a large part of the pottery created over this period. Jeulmun means “Comb-patterned”.

Because of the early presence of pottery, the entire period has also been subsumed under a broad label of “Korean Neolithic”.

The people of the Jeulmun practiced a broad spectrum economy of hunting, gathering, foraging, and small-scale cultivation of wild plants. It was during the Jeulmun that the cultivation of millet and rice was introduced to the Korean peninsula from the Asian continent.