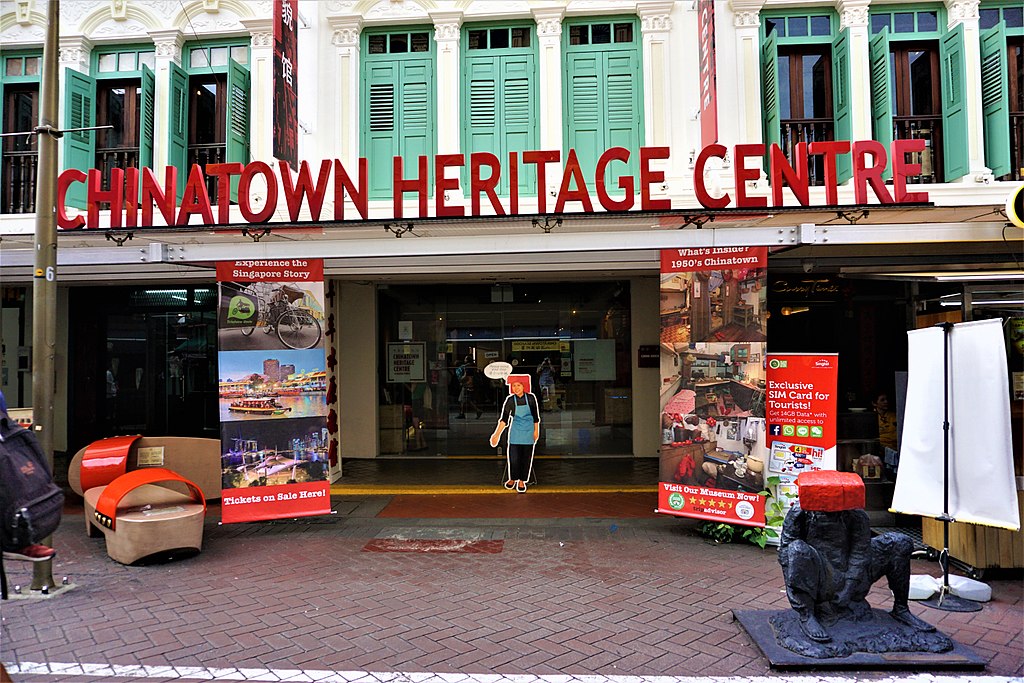 The small living quarters are furnished, and every object and they trace the journey of Singapore’s early pioneers who left their villages in China and made their way to Singapore with the hope of finding a better life.

The Chinatown Heritage Center focuses on exhibiting original interiors of Singapore’s Chinese town shophouse tenants in the 1950s and documenting the lives of Chinatown’s early residents.

Among the many historical and cultural exhibits of the Chinatown Heritage, Center the following are highlights.

The bottom street front of the building is set up to exhibit a typical Tailor Shop that was common in Singapore’s Chinatown of the mid-1900s.

In this room, the tailor would greet his customers and run a busy trade, managing workers and apprentices to deliver value and quality. 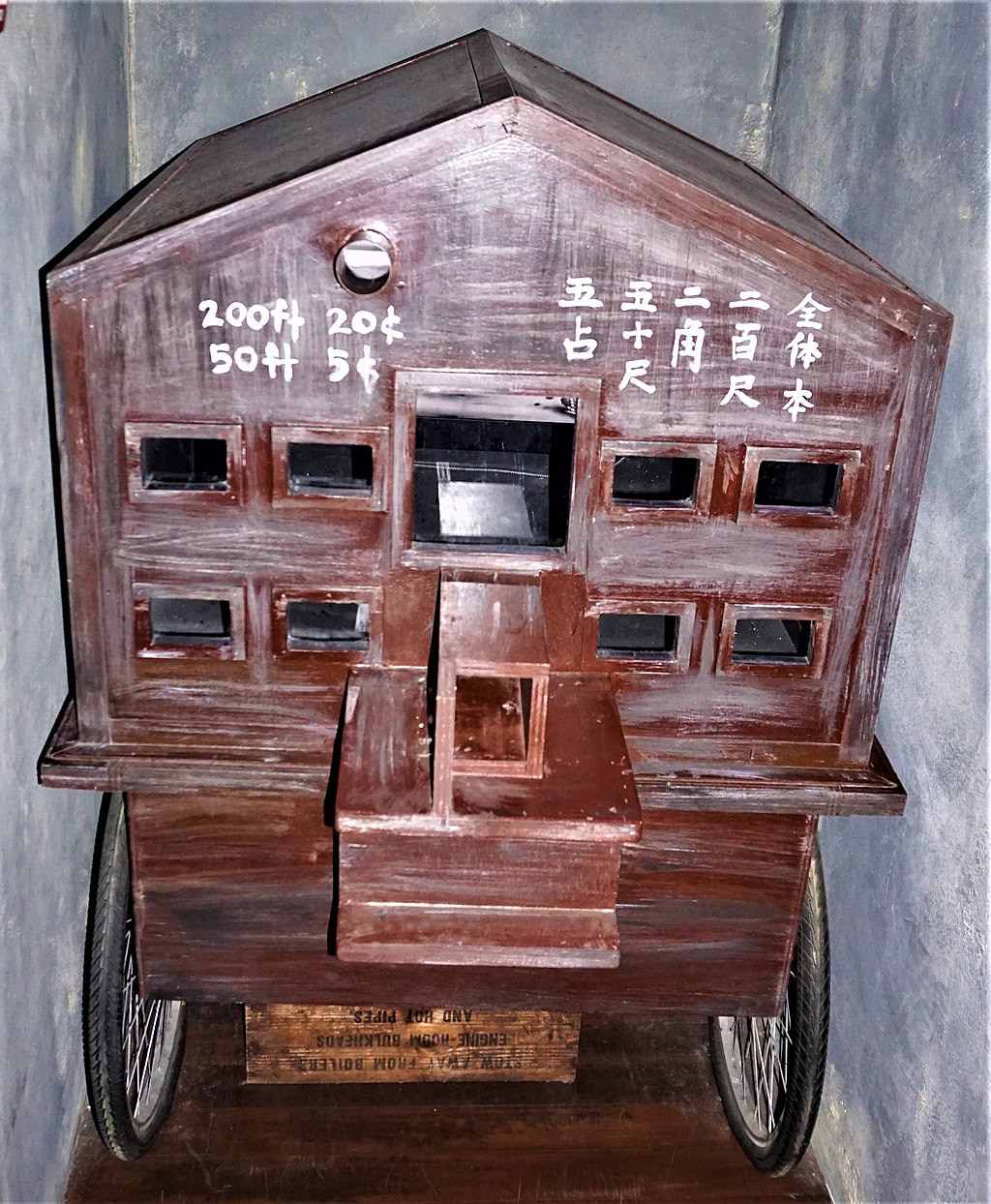 “Cinema On Wheels” was invented by entrepreneurs to provide cheap entertainment on the street to children who could not afford to attend a movie theatre.

For only a few cents, children could peep through the window slots on the specially-constructed box and view favorite silent cartoons or action films such as Tarzan, Frankenstein, Donald Duck, and Popeye.

The wooden movie box was mounted on a tricycle and could easily be transported to choice locations.

The children would peek through the small windows of the cinema-on-wheels, which were manned by older men by the roadside.

Film reels were stored in the box, and the movies were played by a projector that is connected to a generator and battery and projected into the box, so it could only be seen from the small windows.

This “Cinema On Wheels disappeared by the 1970s.

A Tour of Museums in Singapore