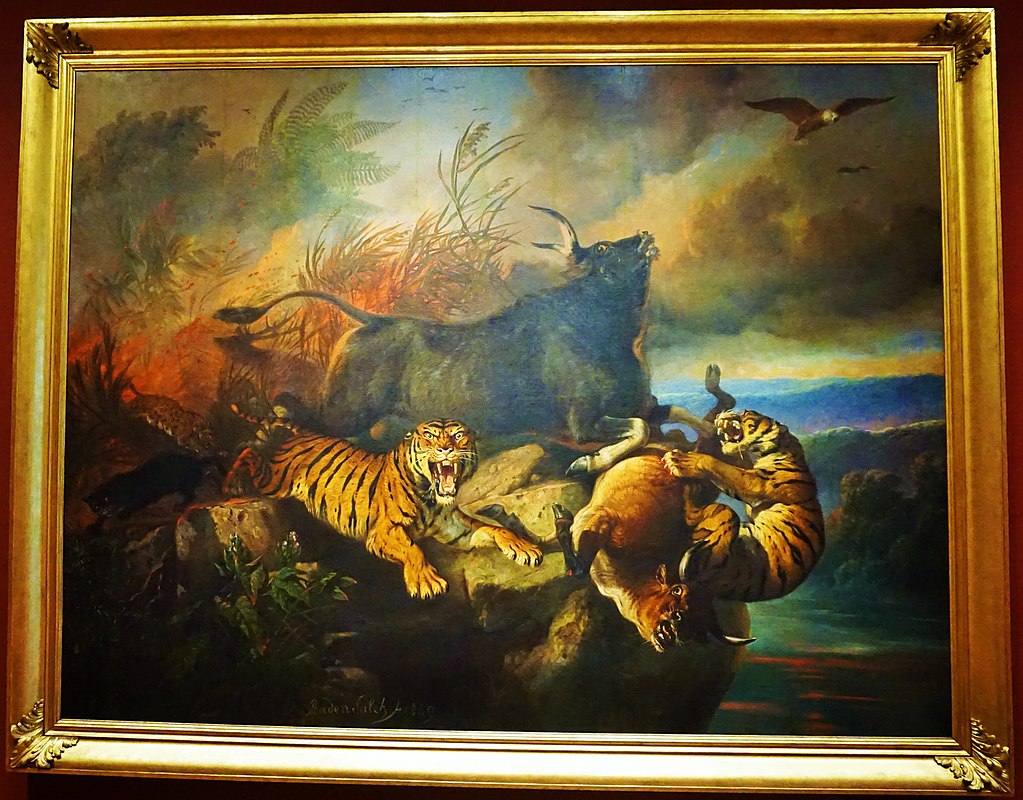 “Boschbrand” (Forest Fire) by Raden Saleh depicts a dramatic scene where numerous wild animals have been chased by a forest fire to edge of a precipice. This monumental work and elaborate composition is set in a Javanese setting and was painted after Saleh had been in Europe for 20 years.

In Europe Raden Saleh had earned critical success and patronage. This painting was presented as a gift to his patron King William III of the Netherlands. The following year he was awarded the title of “King’s Painter”.

Raden Saleh Sjarif Boestaman (1811 – 1880) was an Indonesian painter of Arab-Javanese ethnicity. He was considered to be the first “modern” artist from Indonesia, then the Dutch East Indies. His paintings incorporated the nineteenth-century romanticism which was popular at the time while reflecting his cultural roots in his work.

Highlights of the National Gallery Singapore

“A given excuse that was not asked for, implies guilt.”
– Singaporean / Malay Proverb