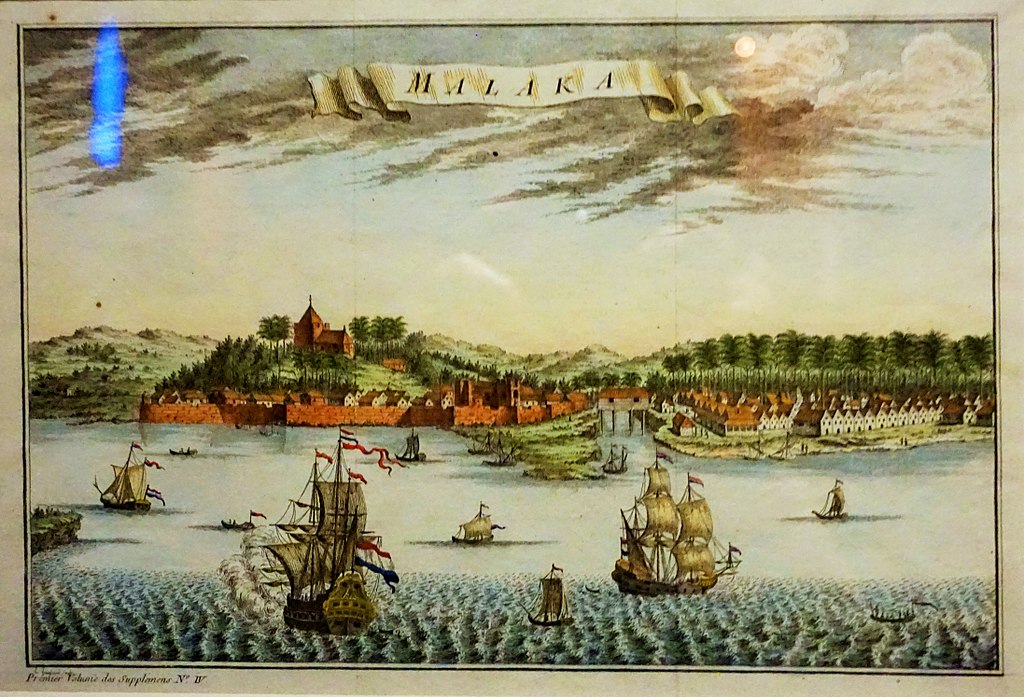 “Melaka” is a print depicting Melaka of the 1750s. It shows Portuguese-built fortifications at the mouth of the Melaka River with Dutch ships in the foreground. This print is from a 15-volume publication “Histoire générale des voyages” by Antoine François Prévost.

Melaka or Malacca is located in the southern region of the Malay Peninsula, next to the Strait of Malacca. It was the location of one of the earliest Malay sultanates; however, it was abolished when the Portuguese conquered it in 1511. A force of some 1200 men and eighteen ships captured the city. After seizing the town, the Hindu, Chinese, and Burmese inhabitants were spared, but the Muslim inhabitants were massacred or sold into slavery. In 1606, the Dutch launched several attacks on the Portuguese colony, and in 1641, the Dutch defeated the Portuguese with the help of the Sultan of Johore. The Dutch ruled Malacca from 1641 to 1798. 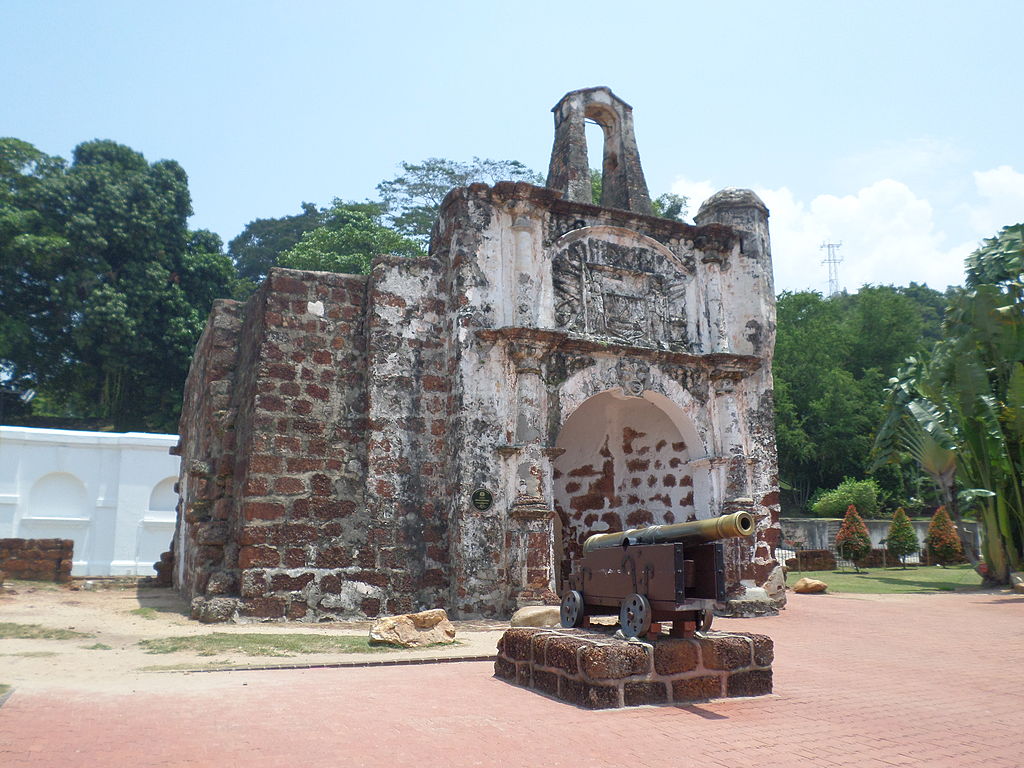 The surviving gate of the A Famosa Portuguese fort in Malacca.

Malacca was ceded to the British in the Anglo-Dutch Treaty of 1824. From 1826 to 1946, Malacca was under the rule of the British and formed part of the Straits Settlements, together with Singapore and Penang.