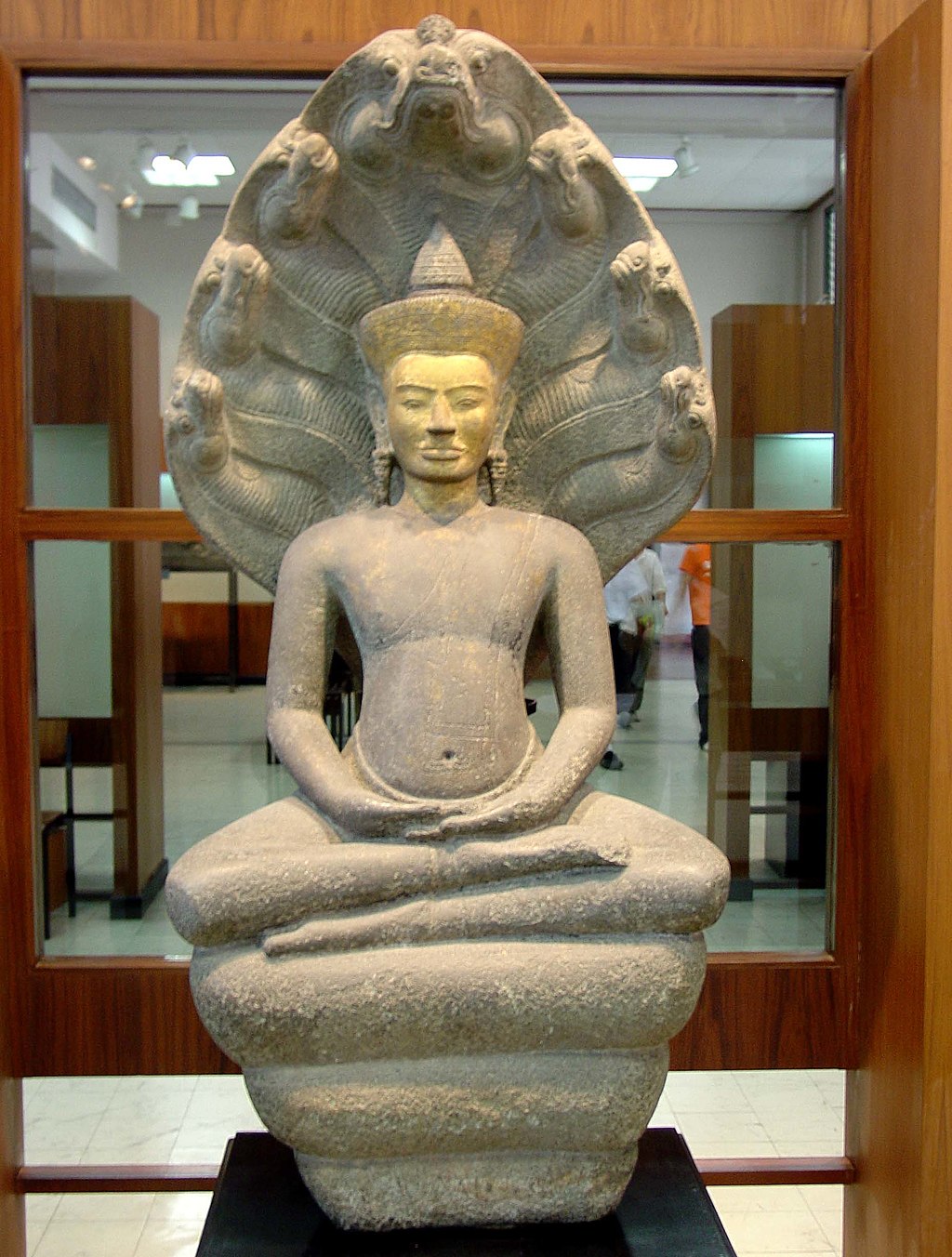 The “Buddha Protected by Mucalinda” statue tells the Gautama Buddha’s story, who was meditating under the Bodhi Tree, when Mucalinda, the mighty King of Serpents, came from beneath the earth to protect him with his hood during an unusually massive storm.

When the significant rain had cleared, the serpent king assumed his human form, bowed before the Buddha, and returned in joy to his palace.

This statue was created in the 13th century and was discovered in Lopburi at the Wat Na Phra Men, located 150 km north of Bangkok, in central Thailand.

This area was a province of Angkor during the 11th – 13th centuries and its art reflect Khmer as well as earlier Dvaravati influences.

Mucalinda is the name of a nāga, a snake-like being who protected the Gautama Buddha from the elements after his enlightenment, and it is a favorite theme in Khmer art.

Buddhist Art is the artistic practices that are influenced by Buddhism. Buddhist art originated on the Indian subcontinent following the historical life of Siddhartha Gautama, 6th to 5th century BCE.

Buddhism spread and evolved by contact and interactions with other cultures and artistic traditions as it spread throughout Asia and the world.

Buddhist Art also includes narrative scenes from the lives of Buddhist figures, mandalas, and other graphic aids for the practice of Buddhism, as well as objects used in Buddhist traditions, such as vajras, bells, stupas, and Buddhist temple architecture.