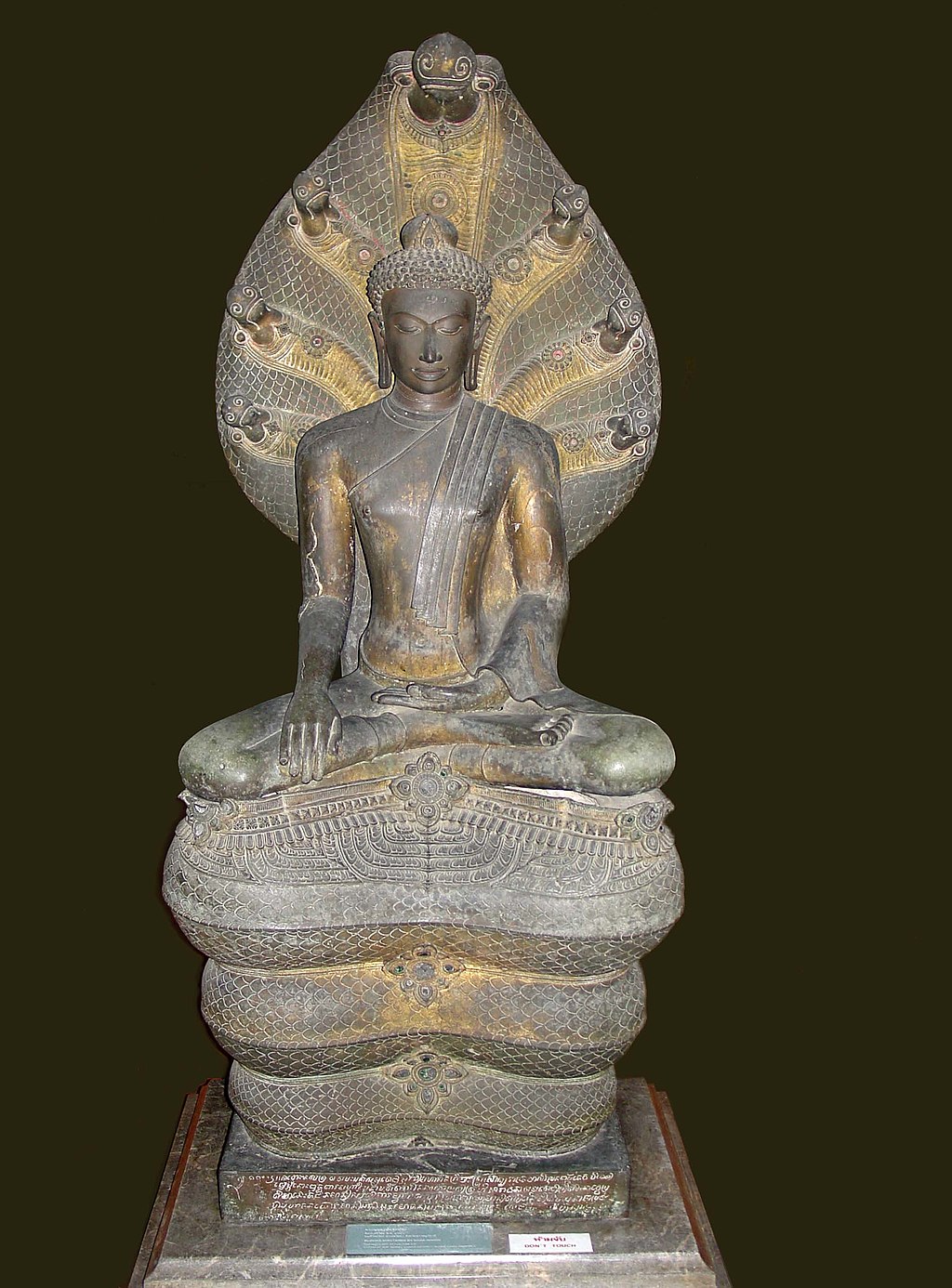 The Mucalinda Sheltering Buddha statue tells the story of the Gautama Buddha, who, while meditating under the Bodhi Tree, had Mucalinda, the mighty King of Serpents, came from beneath the earth to protect him with his hood during an unusually massive storm.

When the great storm had cleared, the serpent king assumed his human form, bowed before the Buddha, and returned in joy to his palace.

This Mucalinda, carved in the 1240s at the historic Srivijayan center of Chaiya, echoes the earlier Srivijayan style from the early Mahayana Buddhist kingdom, which, covered much of the present-day peninsular consisting of Thailand, Java, Sumatra, and Malaya.