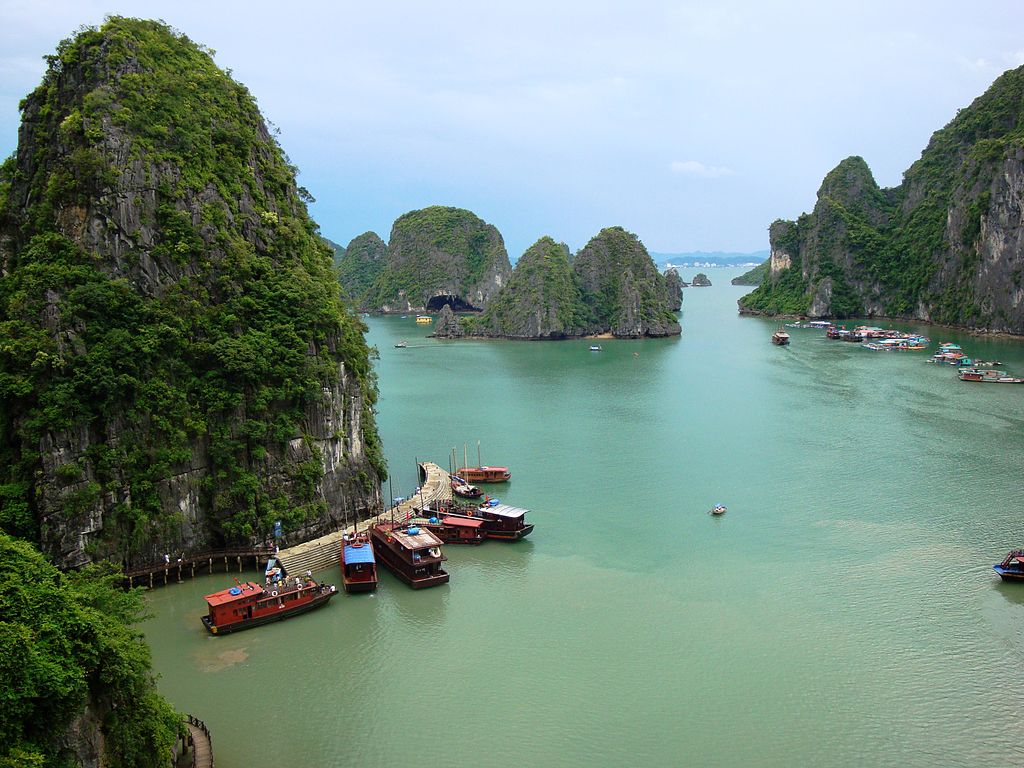 Vietnam is the easternmost country on the Indochina Peninsula. Vietnam’s capital city is Hanoi, while its most populous city is Ho Chi Minh City.

Vietnam has been inhabited since the Paleolithic age. The ancient Vietnamese nation was annexed by China in the 2nd century BC.

The first independent monarchy emerged in the 10th century AD, paving the way for successive imperial dynasties as the nation expanded geographically southward until the Indochina Peninsula was colonized by the French in the mid-19th century.

Vietnam marks its declaration of independence from France from 1945.

Following the First Indochina War with France which ended in 1954, the nation was divided into two rival states: the communist North and anti-communist South.

Conflicts between the two states intensified in the Vietnam War, which saw extensive US intervention in support of South Vietnam which did not end until 1975.

North and South Vietnam were reunified under a unitary socialist government in 1976.

With a long, complicated history and unique culture, Vietnam has many museums and historical sites of interest.

“Adversity is the mother of wisdom.”
– Vietnamese Proverb