“Those who lose dreaming are lost.”
– Australian Aboriginal Proverb

“We are all visitors to this time, this place. We are just passing through. Our purpose here is to observe, to learn, to grow, to love… and then we return home.”
– Australian Aboriginal Proverb

“The more you know, the less you need.”
– Australian Aboriginal Saying

“May as well be here, we are as where we are.”
– Australian Aboriginal Saying

“Keep your eyes on the sun, and you will not see the shadows.”
– Australian Aboriginal Saying

“Here in Australia, we’re fortunate enough to have one of the richest and oldest continuing cultures in the world. This is something we should all be proud of and celebrate.”
– Tom Calma

“Our spirituality is oneness and an interconnectedness with all that lives and breathes, even with all that does not live or breathe.”
– Mudrooroo

“We cultivated our land, but in a way different from the white man. We endeavored to live with the land; they seemed to live off it. I was taught to preserve, never to destroy.”
– Tom Dystra

“The land is my backbone… I only stand straight, happy, proud, and not ashamed about my color because I still have land… I think of land as the history of my nation.”
– Galarrwuy Yunipingu

“We have our eye on the same destination – a sustainable future where Indigenous people are recognized for their wisdom and honored for their culture – there is no problem taking a different path to reach that place.”
– Kirstie Parker

“The land is my mother. Like a human mother, the land gives us protection, enjoyment, and provides our needs – economic, social, and religious. We have a human relationship with the land: Mother, daughter, son. When the land is taken from us or destroyed, we feel hurt because we belong to the land, and we are part of it.”
– Djinyini Gondarra

Uluru – The center of Australia

Words use in Aboriginal Culture

Before colonization, Australia was home to more than 250 languages and 600 dialects with a rich Aboriginal culture. 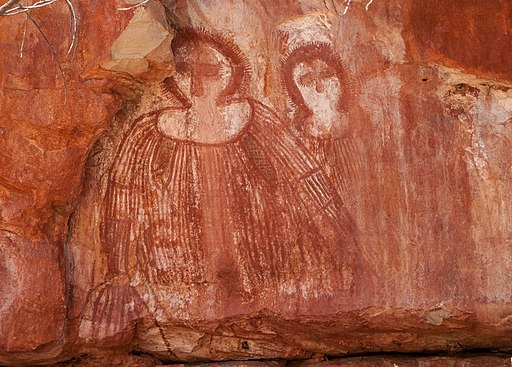 The term was used to refer collectively to all the people they found already inhabiting the continent, and later to the descendants of any of those people.

Today, the most significant single language group of Aboriginal people live in the area around Uluru (Ayers Rock) and south into South Australia.

The second-largest Aboriginal distinct community lives in and around Alice Springs in the Northern Territory.

Australian Aboriginal English is used by a large section of the Indigenous Australian population. It is made up of a number of varieties that developed differently in different parts of Australia.

There are generally distinctive features of accent, grammar, words, and meanings, as well as language use.

Speakers tend to change between different forms of Australian Aboriginal English depending on whom they are speaking to.

I’m Aboriginal, But I’m Not…

My stolen childhood, and a life to rebuild

“Traveler, there are no paths. Paths are made by walking.”
– Aboriginal Proverb