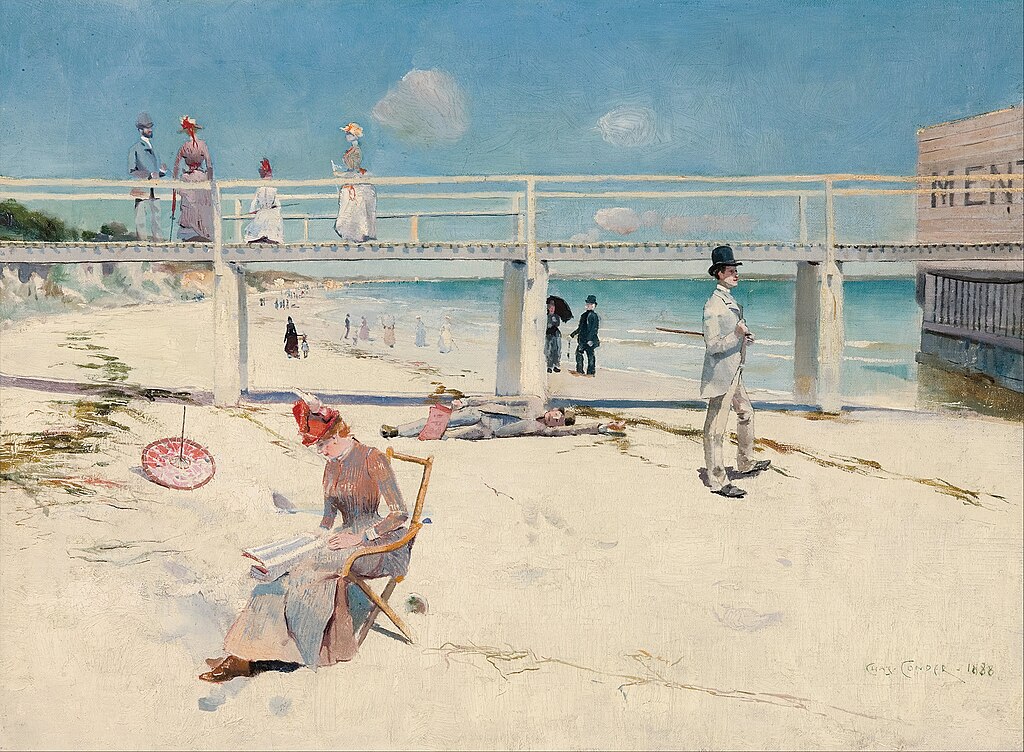 “A Holiday at Mentone” by Charles Conder

“A holiday at Mentone” by Charles Conder, depicts a beach in the Melbourne suburb of Mentone on a bright and sunny day. Conder’s depiction of people engaged in seaside activities and the brilliant noonday sunshine mark the painting as distinctively Australian. The painting was first exhibited in 1888 when Conder was aged only twenty years old.

The work shows evidence of being influenced by Japanese art, while a similar bridge motif was commonly used by the influential American painter James McNeil Whistler. This painting is considered Conder’s best-known painting and has been described as a masterpiece of the Australian Impressionist style of painting.

Charles Edward Conder was a painter, lithographer, and designer. He emigrated to Australia and was a key figure in the Heidelberg School, a distinctively Australian tradition in Western art.

A Holiday at Mentone

Australia is just so full of surprises.
– Bill Bryson