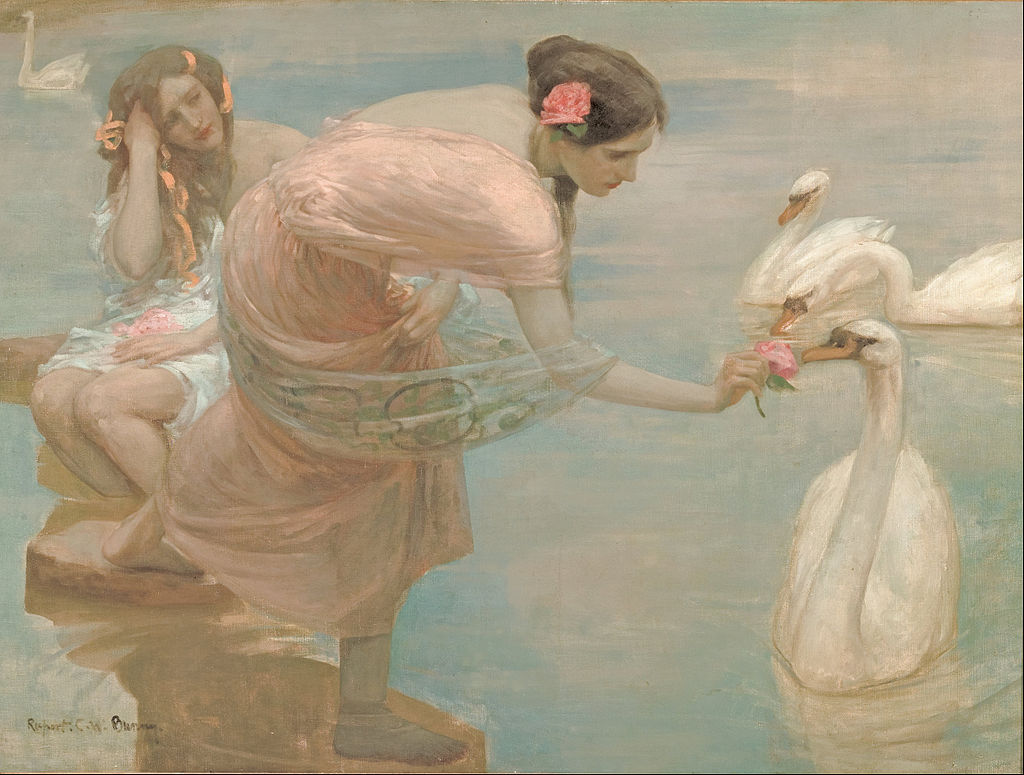 “A Summer Morning” by Rupert Bunny

“A Summer Morning” by Rupert Bunny is a romantic portrayal of two women at leisure. He depicts the charmed and idyllic life of France’s comfortable existence preceding the First World War.

In this painting, Bunny has included a rose, a traditional symbol of love, as well as the white swans, which are symbolic of grace and beauty.

This dream-like painting imagines an ideal view of life and art. The picture incorporates aspects of symbolism and allegorical subjects, which smoothly flow between representations of antiquity and a familiar modern landscape.

Rupert Bunny (1864 – 1947) was an Australian painter, who was a magnificent colorist and erudite painter. He painted classic themes and could masterfully handle large-scale composition.

Bunny initially studied art in London, then he went to Paris to study and was a frequent visitor to the Étaples Art colony.

The Etaples Art Colony consisted of artists working in the Étaples area of northern France at the turn of the 20th century.

Although broadly international, it was made up mainly of English-speakers from North America, Australasia, and the British Isles.

He also led a cosmopolitan life with acquaintances among the leading celebrates of the time, such as Nellie Melba, Auguste Rodin, and Sarah Bernhardt.

In 1902, he married Jeanne Heloise Morel, a former art student, and model, who often appeared in his paintings.

After traveling back and forth between Australia and France on many occasions, after his wife died in 1933, he returned permanently to Australia.

Australian artist with a French connection