A Tour of the Commissariat Store, Brisbane 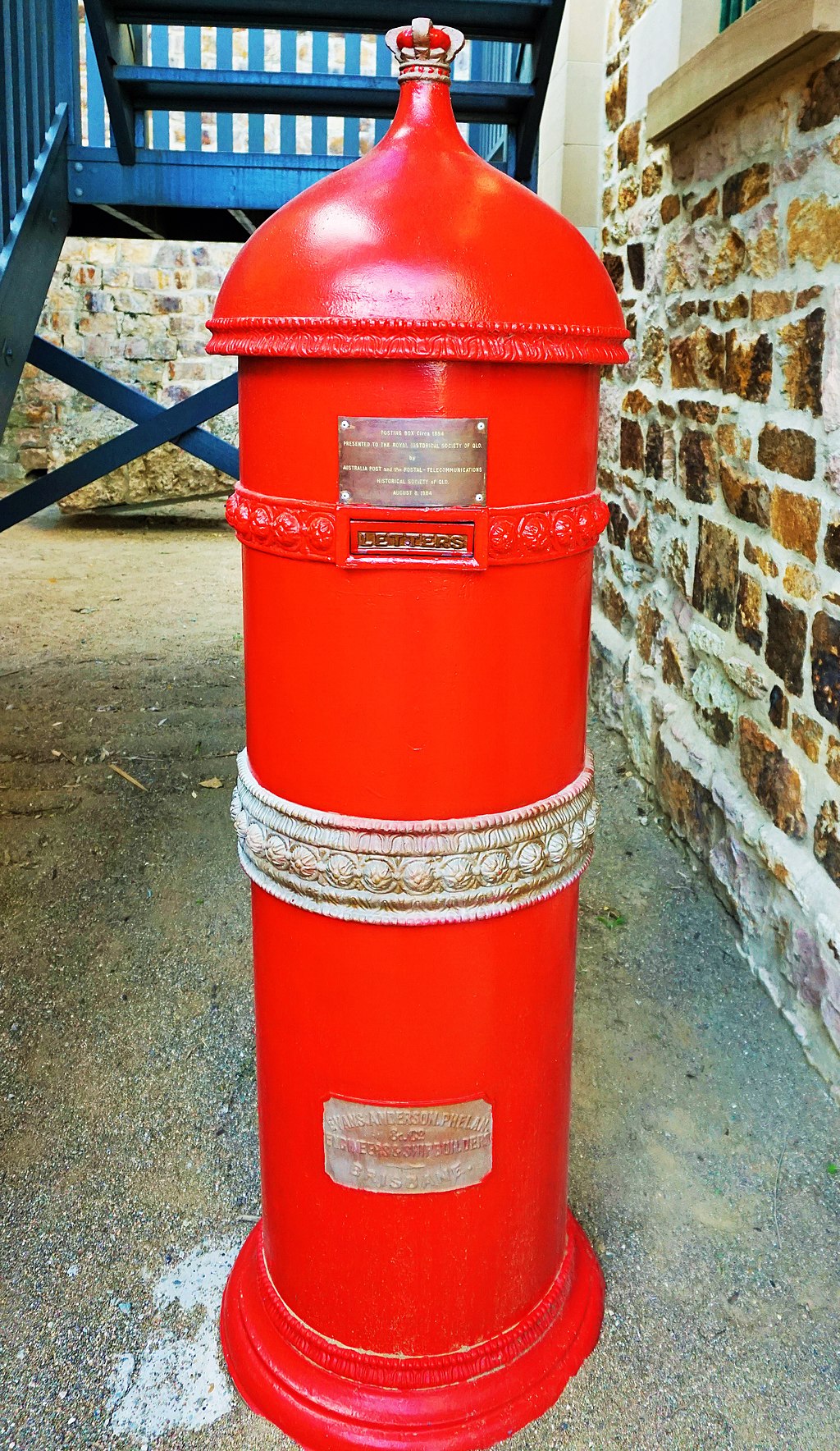 This Post Box from 1884 is a pillar box type. A post box or postbox is also known as a collection box, mailbox, letterbox, or dropbox. It is a physical box into which the public can deposit outgoing mail intended for collection by the country’s postal service.

This pillar box is a type of Post Box that could be found in most former nations of the British Empire. Including members of the Commonwealth of Nations and British overseas territories, such as Australia, Cyprus, India, Gibraltar, Hong Kong, the Republic of Ireland, Malta, New Zealand, and Sri Lanka.

Mail was deposited in pillar boxes to be collected by the postal service. The boxes were introduced in  1852, just twelve years after the introduction of the first adhesive postage stamps. Before the introduction of pillar boxes, it was customary to take outgoing mail to the nearest letter-receiving house or post office. In rural areas, such houses were usually coaching inns or turnpike houses where the postal service coach would stop to pick up and set down mails and passengers.