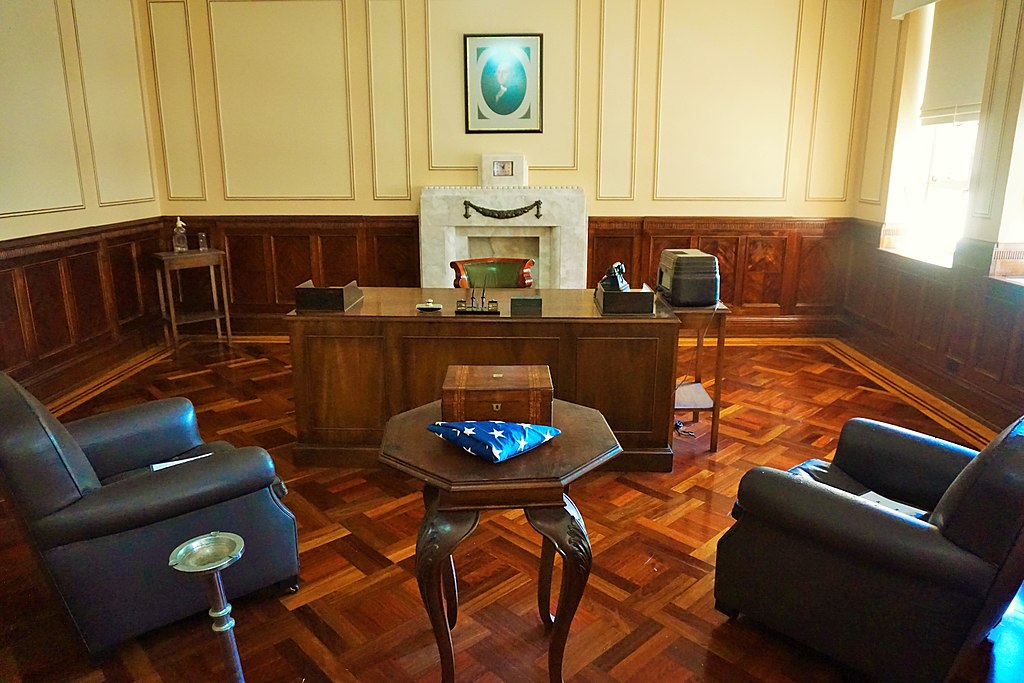 In February 1942, as Japanese forces tightened their grip on the Philippines, General Douglas MacArthur was ordered by President Roosevelt to move to Australia. His famous speech, where he said, “I came through, and I shall return,” was first made in Australia. Later Washington asked MacArthur to amend his promise to “We shall return.” He ignored the request.

General Douglas MacArthur’s GHQ Office in Brisbane, Australia was in this room which has been restored to the office MacArthur occupied from July 1942 to November 1944. It was in this room where he and his staff formulated their initial plan for Victory in the Pacific.

Brigadier General R.J. Marshall recommending the AMP building as the Command Post because:

The staff of MacArthur’s General Headquarters (GHQ) was built around the small group that had escaped from the Philippines with him. Though Roosevelt and George Marshall pressed for Australian officers to be assigned to GHQ, the heads of all the staff divisions were American.

The secrecy that surrounded MacArthur’s location was enforced in the newspapers of the day. This secrecy meant that while most people in Brisbane could see the General as he left his hotel for his office when they read the official news released by his headquarters, it would be datelined: “SOMEWHERE IN AUSTRALIA.” 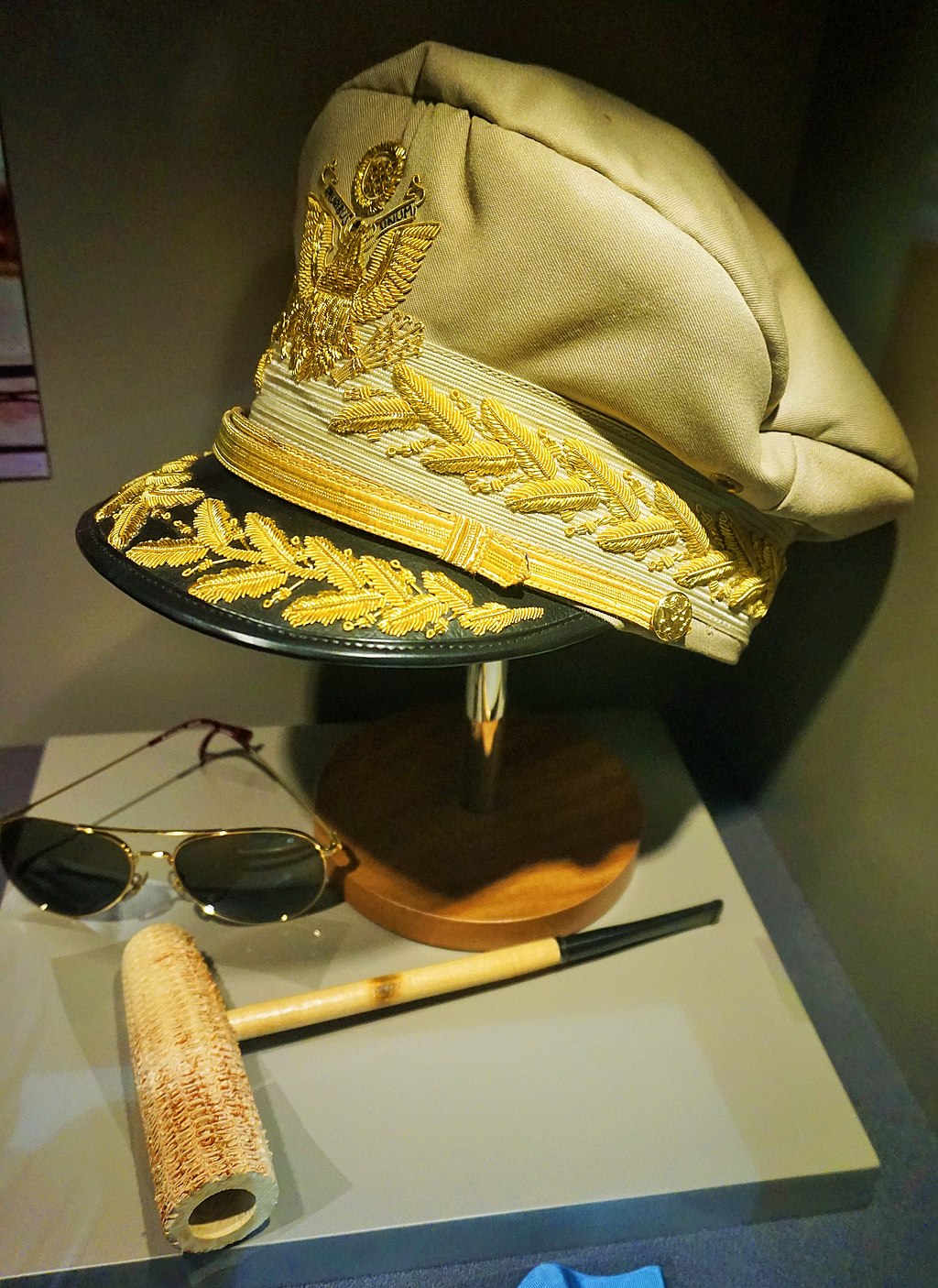 Douglas MacArthur (1880 – 1964) was an American five-star general. Raised in a military family, he was First Captain at the United States Military Academy at West Point, where he graduated top of the class of 1903. During the 1914 United States occupation of Veracruz, he was nominated for the Medal of Honor. In the fighting on the Western Front during World War I, he rose to the rank of brigadier general and was again nominated for a Medal of Honor and was awarded the Distinguished Service Cross twice and the Silver Star seven times.

From 1919 to 1922, MacArthur served as Superintendent of the U.S. Military Academy at West Point. His next assignment was to the Philippines, and in 1925, he became the Army’s youngest major general. In 1930, MacArthur became Chief of Staff of the United States Army. He retired from the US Army in 1937 to become Military Advisor to the Commonwealth Government of the Philippines.

MacArthur was recalled to active duty in 1941 as commander of United States Army Forces in the Far East. The invasion of the Philippines by the Japanese compelled MacArthur to withdraw to Bataan, where they held out until early in 1942. Eventually, MacArthur, his family, and his staff escaped to Australia, where MacArthur became Supreme Commander, Southwest Pacific Area. Upon his arrival in Australia, MacArthur gave a speech in which he famously promised “I shall return” to the Philippines. After more than two years of fighting in the Pacific, he fulfilled that promise. For his defense of the Philippines, MacArthur was awarded the Medal of Honor.

MacArthur officially accepted Japan’s surrender in 1945, aboard USS Missouri anchored in Tokyo Bay and oversaw the occupation of Japan from 1945 to 1951. As the effective ruler of Japan, he managed sweeping economic, political, and social changes in Japan. He led the United Nations Command in the Korean War until he was removed from command by President Harry S. Truman in 1951.

The MacArthur Museum commemorates General MacArthur’s association with Brisbane. It was opened by members of the General Douglas MacArthur Brisbane Memorial Trust in 2004.

Visitors can visit General Douglas MacArthur’s office, on open days, and see historic movie footage of the Second World War and all the front pages of “The Courier-Mail” from 1939 to 1945.

Visitors to the heritage-listed office of the Supreme Commander in Chief of the Allied Forces in the Southwest Pacific Area can explore the scene where MacArthur and his staff developed strategies to win the war.  The MacArthur Museum Brisbane offers interactive exhibits, original artifacts, and knowledgeable guides.

“We are not retreating – we are advancing in another direction.”

~~~
“The soldier above all others prays for peace,
for it is the soldier who must suffer and bear the deepest wounds and scars of war.”

~~~
“You are remembered for the rules you break.”

~~~
“There is no security on this earth; there is only opportunity.”

~~~
“I am concerned for the security of our great Nation;
not so much because of any threat from without,
but because of the insidious forces working from within.”

~~~
“Always there has been some terrible evil at home
or some monstrous foreign power that was going to gobble us up
if we did not blindly rally behind it.”